Books: The Northern Question – A History of a Divided Country by Tom Hazeldine

Danny Moran November 16, 2020 Authors & Reviews, Books Comments Off on Books: The Northern Question – A History of a Divided Country by Tom Hazeldine 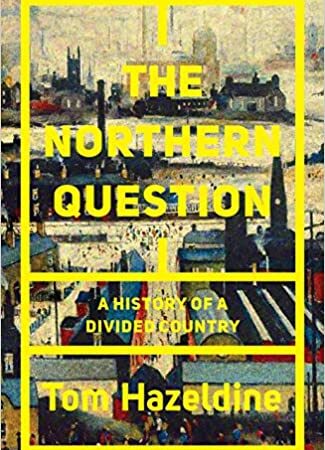 In his new column, Northern Soul’s Manchester Correspondent, Danny Moran, reflects on the North-South divide and asks, does the North have a proper backbone?

The North’s identity is not sufficiently well-defined to have bolstered itself in the centuries-long wrangle with the South. That’s an early, if somewhat under-explored, contention offered at the outset of Tom Hazeldine’s new history of the North-South divide. The point being not so much that the narrative here is lacking when measured against that of our equatorial countrymen, more that if there had been an insular, deep-rooted culture here – to the extent that there is in southern Italy or Catalan Spain – then the North might have stood up for itself more robustly in its argument with London.

Our politics are to a great extent defined by regional division, and we inhabit an increasingly divided land. Whitehall’s long abandonment of the North demands serious inquiry. Every Northerner should acquaint himself with the backstory to our exclusion from so many of the spoils of being British – this being, after all, the sixth richest nation on earth. On finishing this book it would be easy to vent a shopping list of grievances at centuries of southern mistreatment, but what matters more is that the North seeks structurally to empower itself. For in the hands of this Mancunian political scientist of the wonkish New Left Review, the narrative is one of long-normalised abuse and denial on the part of the victim. Indeed, some of a proud Northern disposition may prefer to look away now.

History generally accords just four periods of distinction in the life of the North: the Roman era when York enjoyed fame as an imperial capital; the Northumbrian renaissance of the seventh and eighth centuries when Anglo-Saxon culture was at its peak; the Wars of the Roses when the Houses of Lancaster and York vied for the crown; and the Industrial Revolution when the North West became the workshop of the world. With regard to more recent cultural visibility – those fleeting spells when the likes of The Beatles or ‘Madchester’ seized hold of the popular imagination – the writer paints a more sceptical picture with respect to the marketability of northern working class imagery in prosperous times. More damning than that, as he has it, is the inevitable flight of the northern artist to the capital, there to confect affectionate mockery of the places that reared him…a journey that begins innocently enough with the whimsy of Penny Lane before eventually fetching up in a cultural dumping ground of our own making, wherein “a depoliticized, bepuzzled North entered the new millennium a basket case of eccentric small town traditionals (Count Arthur Strong, League of Gentlemen) and council estate chavs (Shameless, or in a more affectionate register, The Royle Family)”. The idea that Northerners collude in our own ridicule for the entertainment of the rest may register with anyone who has been patronised by a Soho media monkey with an Oxbridge first in cistern studies. Could it be time that the ‘regionals’ drew a line under the northern minstrelsy thing? 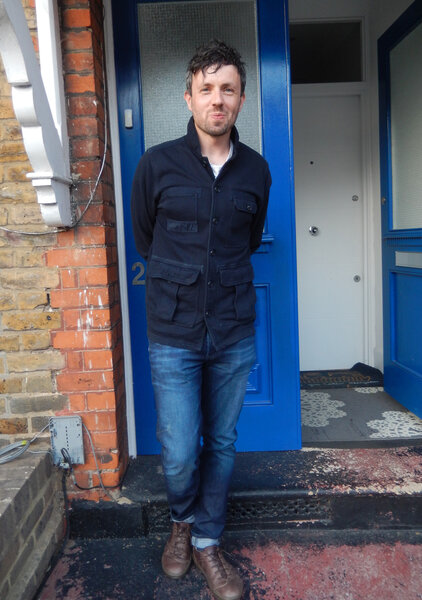 How we arrived at such a pass is the warp and weft of this book – and the long perspective certainly wazzes on the cerebral third rail. These were always badlands, where kings and queens were loath to tread. The South ruled, and once the Northern Rebellion had been nixed (Mary Queen of Scots etc) the decline of the Catholic earls up here meant that by the time the civil war kicked off this was a royalist backcountry. What the Industrial Revolution did was to put cotton barons in the corridors of power – eventually – where they struggled to trade vowels with the ruling class. “I find nothing seems to be considered so decided a stigma as to brand a man a mill-owner,” bemoaned Richard Cobden of the metropolitan elites. The unshakeable hauteur of the City was seldom to be pricked.

The bosses’ one win was to get the Corn Laws repealed against the interests of the southern landowners, so their workers could afford to eat on pittance wages. After that, dependence on foreign markets and fear of organised labour gave them common cause with the Establishment, and we should recognise how northern powerbases have long been receptive to the executive tummy-tickle. Self-made Northerners learned their place, while the workers wrought periodic mither – with the Luddite rebellion, at Peterloo, at the Plug Plot Riots – before loom-trashing gave way to trade unionism and the resistance became manageable. When the Cotton Famine struck in the 1860s, Londoners hardly knew about it.

If it’s an axiom of the Northern Question that, as one London newspaper said of the Jarrow marchers “they will probably draw in their dismay the dangerous moral that they did not make themselves sufficient of a nuisance” then the 20th century teaches us about the complicity of Labour governments in the tragedy of northern misrule – every one of which has bowed to the Establishment in its desire to don the mantle of statesmanship and prioritise Britain’s status in the world. From Ramsay Macdonald, from whom there was no New Deal for British workers; to Clement Attlee whose commitment to reform was signally unmatched by regional vision; to Harold Wilson, who venerated the pound and plotted against the miners; to Jim Callaghan, whose Chancellor Healey turned his back on Keynes and paved the way for cold-eyed monetarism; to Tony Blair, who gifted control of interest rates to a Bank of England which duly announced “unemployment in the North East is an acceptable price to pay to curb inflation in the South”.

Every opportunity to correct this nation’s structural bias has been spaffed up the wallpaper at Threadneedle Street by Labour Prime Ministers who cultivated commonwealth markets at the expense of the regions and propped up the pound as a blue-ribbon investment and symbol of national prestige in the interests of the City and against those of the North’s exporting base. It was many years before Mrs Thatcher came to power that even the tatters of a British regional policy was being interrogated in banking journals demanding to know “must we always take work to the workers?” The recessions of the 80s, when the Tories disdained to countenance even “managed decline” for northern cities were, it should be emphasised, a localised affair: with the North on its knees, hundreds of millions of pounds were poured into electronics and defence along the M4 corridor stretching all the way from London to South Wales. Those sectors thrived and continue to do so to this day.

Such might be our shopping list. So, do we see our history clearly with the vantage of proximity? Or do we swallow the tropes which are fed to us from elsewhere? It’s commonplace these days to note that Scargill struck when stocks were high and not that he was deftly suckered into doing just that with illegal pit closures – without the statutory consultation the miners were entitled to – in his Yorkshire back yard. The war that has been waged on the North – in the sober sentences of this politico’s account, at least – has been the context for millions of lives across long years and hardened generations. It reached a rout just a decade ago in the wake of the financial crash when socialism for the City facilitated the greatest transfer of wealth from poor to rich in this nation’s history. The crash became a boom for southern property speculators and the North finally baulked at the insult. The landscape we’ve inherited – the scapegoating of Brexit, the Orwellianness of Covid, the rejection of Corbyn, the affirmation of populism, all the vacuously rehashed rhetoric of the Northern Powerhouse cut and pasted from policy documents which have been pulled periodically from Whitehall drawers since the days of Harold MacMillan – all these are matériel all in the battle for the northern mind.

How the pandemic will play out from here, as we shiver on the precipice of economic freefall, authoritarianism and democracy-lite, is mighty scary for the North in particular. With its hills, its history, its culture, its voice, the collective memory of a people who gave birth to the modern world, a place where as the poet Wendy Pratt reminds us “people call each other ‘love’”, the soul of the North remains one of this nation’s saving graces. The question is: when, and how, if ever, will the North learn to stand up for itself? 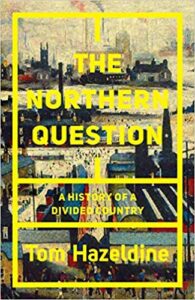 The Northern Question, A Political History of the North-South Divide by Tom Hazeldine is published by Verso and available to buy now.

Tags: A History of a Divided Country by Tom Hazeldine, books, Danny Moran, The Northern Question