Purring and Parring: the mysterious history of Clog Fighting 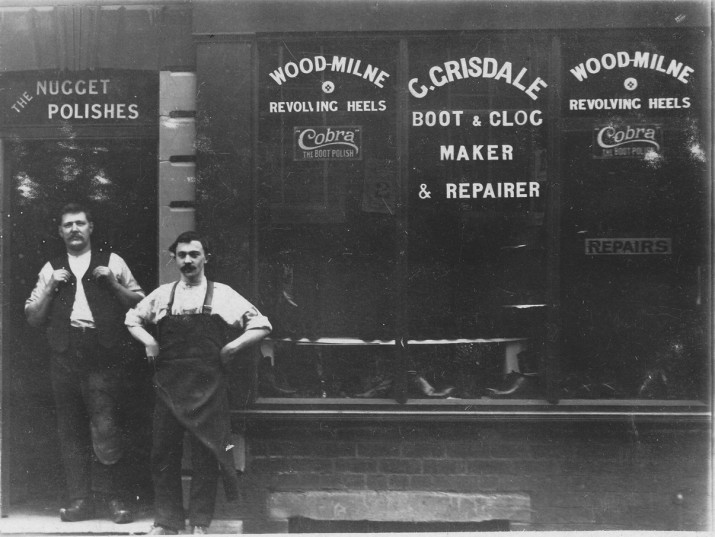 Believe it or not but naked clog fighting was a mysterious and illegal sport that existed in Northern mining communities for hundreds of years. Now Gallery Oldham is staging an exhibition examining the myths of the brutal underground ‘purring, clogging or Fighting Wigan Fashion’.

Unprotected shins would be kicked by heavy wooden clogs with metal soles, bouts that only declined along with dwindling clog-wearing after the Second World War. Fighters grappling with opponents were naked or wearing their finest clothing in bouts in the North of England and Wales. Corrugated shins would be paraded as badges of honour. 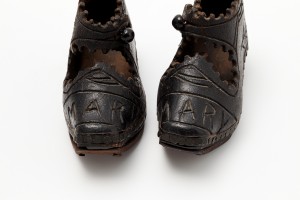 Artist Anna FC Smith spoke to 30 participants about their ancestors’ recollections of the sport. For 200 years, it spread in mining communities from Wigan to Oldham, Rochdale, Wales and the North East. None were directly involved in the bouts but a handful were paid to be ‘look-outs’ as children.

“Although it was violent, it was only as violent as bare-knuckle fighting is,” Smith says. “People came forward with some fascinating stories. Who would have thought that these fights were a regular occurrence on land outside the Colliers Arms at Hartshead Pike?

“Gambling also played a part and the winners would take a share of the takings. The fights would begin with a rattle of the clogs in a Cuban-style flourish to unsettle their opponent.”

Jimmy ‘Tickle’ Aspull was a champion in 1870 as was George ‘Ready Money’ Riley in the 1930s. Oldham rugby player and club director Bobby Ogden was involved in the 1940s and 50s.

Clog fighting has similarities to shin-kicking, which still takes place in Gloucestershire and Yorkshire. But there were violent and men-only squabbles held outside pubs at weekends or in alleyways over slights about domino matches or disputes over women. 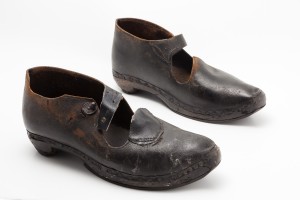 Terminology includes ‘purring’ – from Gaelic meaning to scrape or stab. Clogging and parring were also used in Oldham and an up-and-down fight meant it involved punching or throttling.

A hidden league of clog fighters and supporters travelled the region for matches, usually held on remote moors in the 1800s and early 1900s. Smith says a man in his 90s, who organised contests near Boothstown, contacted her but was too scared to give his details as “he still believed the police would come after him”.

Clog fights were over “fairly quickly – in about 10 minutes” as it was so physically demanding.

For the exhibition, Smith composed drawings in the style of an anonymous artist who recorded lead miners’ lives in Northumberland in the early 19th Century. And she discovered that a stuffed monkey, thought to have been kept at the Monkey Inn on Gas Street in Oldham, was used in clog fights. A pair of clogs would be placed on its feet and it would then ‘participate’ in a fight – although she concedes that “it was not clear how it obeyed the rules”. 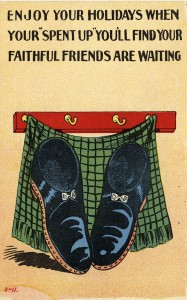 A report from the Bolton Evening Chronicle in 1838 refers to a savage “purring” fight involving clog fighters and that “two brutal fellows” who were “nearly in a state of nudity kicked each other with shoes heavily toed with iron and studded with jagged nails, so as to tear skin and flesh away at every kick”.

It tells of boatman William Thornhill from Gorton, a “powerful, athletic fellow” who in the report was said to have given James Raynor a “dreadful kicking” which resulted in him becoming deaf in one ear. When questioned Raynor said it had been a “fair kicking about the shins and knees”.

Smith says the Saddleworth Morris Men, founded in the 1970s, incorporated a reference to a clog fight in one of their dances – when the gangs of Delph and Upper Mill had a clog fight. She is fascinated that the sport has been “all but erased from peoples’ consciences” particularly as it was around for hundreds of years.

Although no fighting clogs are in existence – the clog fighters were buried with their footwear like Vikings – she says they were Cuban-style heels with a winkle picker toe, upturned, and ornately carved in leather with red leather patches. Clogs were edged with brass nails and toe caps. 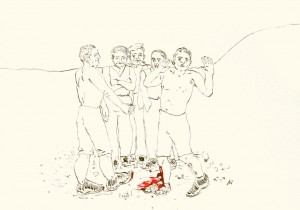 – Dancing to avoid kicks is a key part

– The combatants can hold onto each other in some way, usually by their shoulders

– The first person to draw blood, fall over or submit is the loser

The rise and fall of clog fighting 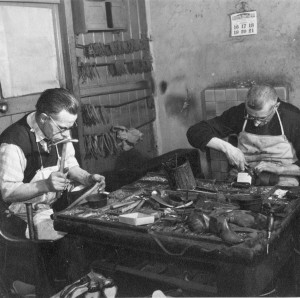 1740: William Somervile’s graphic account of shin-kicking is published in the poem Hobbinol

1873: Wigan’s coroner is so alarmed by four clog fighting-related deaths in two years, he writes to the Home Secretary

1940s: Oldham rugby player Bobby Ogden is believed to have been a fighter

1950s: Clog fighting completely declines, although boys recalled being paid to be look-outs during bouts

2000s: Although clog fighting has died out, shin-kicking continues in parts of England 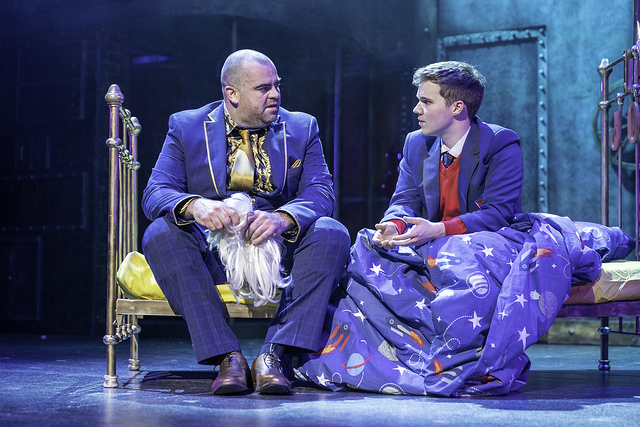 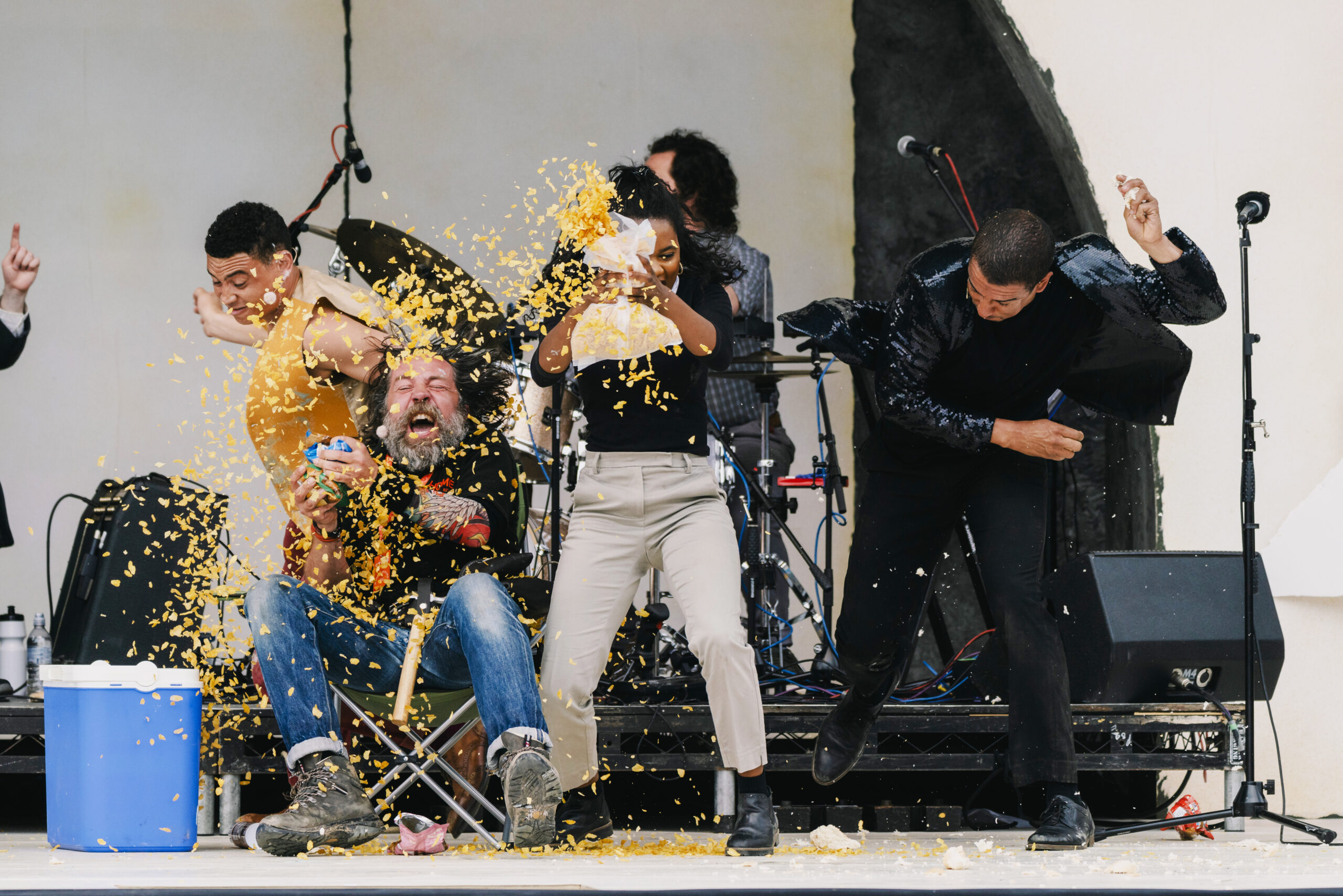 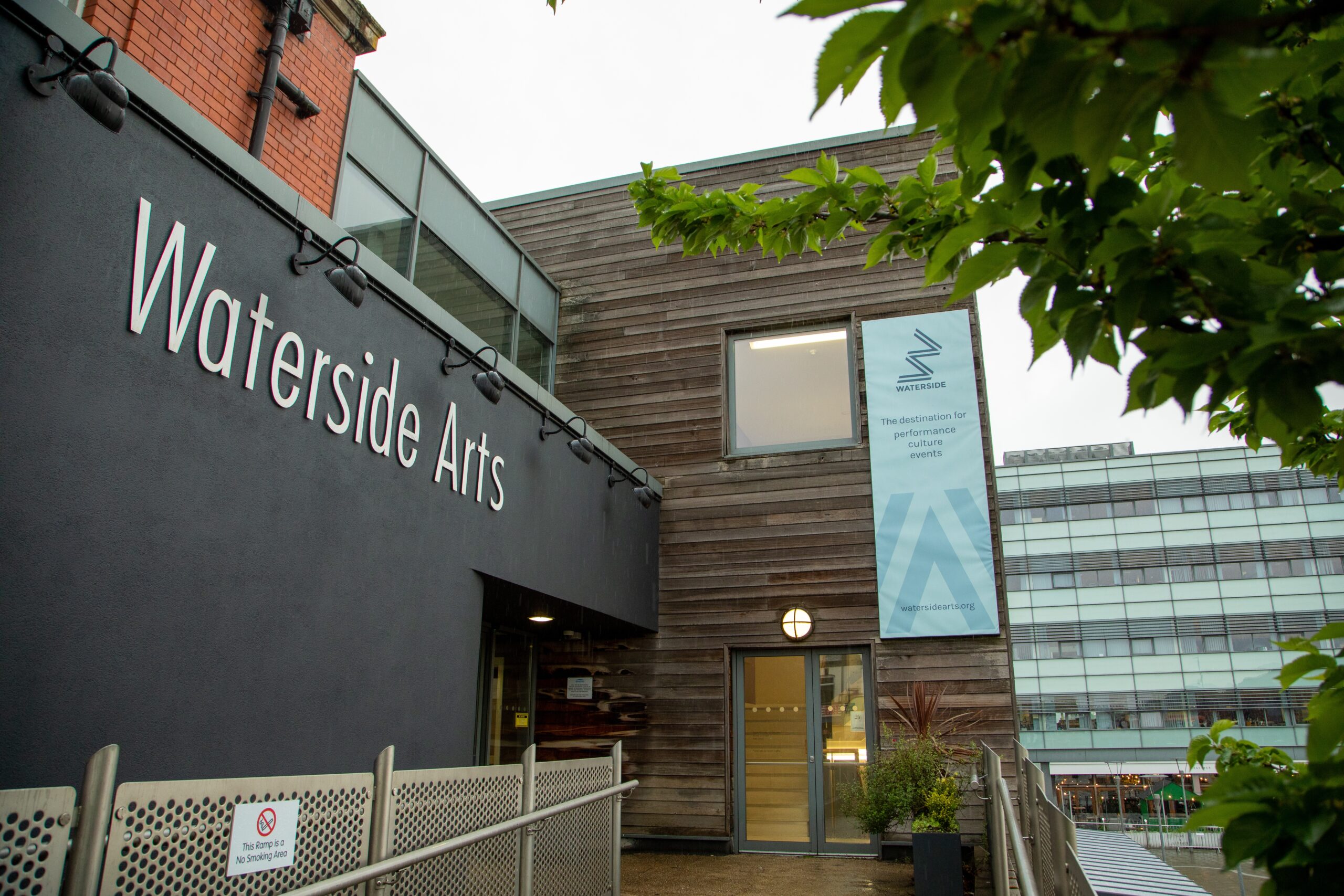