“Sometimes I feel my whole life has been one big whirlwind.” Belinda Carlisle talks to Northern Soul

Drew Tosh August 26, 2017 Bands & Gigs, Music Comments Off on “Sometimes I feel my whole life has been one big whirlwind.” Belinda Carlisle talks to Northern Soul

Look away now if you don’t want to feel old: it’s been 30 years since the recording of power-pop anthem Heaven Is A Place On Earth.

I bet you’re humming it in your head now. And it was this record that propelled former lead singer of The Go-Go’s, Belinda Carlisle, to solo superstardom.

A run of hit singles and albums followed but, behind the scenes, Carlisle was fighting a lengthy battle with addiction. Family life, music and spirituality have seen her through the tougher times and now she’s in the mood to celebrate. She hits the road this autumn with a tour built around the original Heaven on Earth album and is also about to release a brand-new album, Wilder Shores, which combines Buddhist chants with her trademark anthemic pop.

When we spoke, it was clear that Carlisle is extremely proud of her new record.

“It’s a pop album and you can enjoy it on that level,” she says. “But if you really listen to it, you realise that lyrically, it’s chanting. I used to chant two to three times a day when I was getting sober, so I know the power it has. It isn’t airy fairy, it’s scientific and is an amazing tool for stress. It activates your glandular system, promotes good health and also helps your perspective on things in a similar way that meditation does. When you chant, it activates the 84 meridian points in the roof of your mouth and that just changes things. I picked eight mantras for the album that I felt were simple yet powerful.”

I’ve often trilled along to favourite songs without realising I’m singing the wrong words. When listening to Wilder Shores, I discovered that it wasn’t such a big leap to find myself humming along phonetically to the ancient language of Gurmukhi. But, as Carlisle explains, there’s more to this album than just hypnotic melodies and tight harmonies.

“There’s a method to the madness. I think every album I’ve ever done, including the French one Voila, have been, for the most part, pretty authentic and in keeping with where I am in my life and my age. It would be hard to find a normal pop song with normal pop lyrics now that would be age appropriate and interesting to sing. 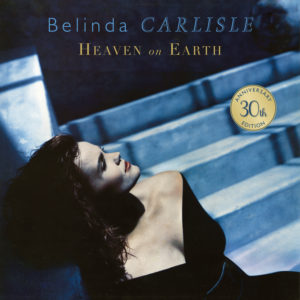 “I’ve been there and done that, and worked with the best writers in the world so it’s pretty hard to top. Being a pop singer, I knew that I couldn’t go the same way of traditional chant artists, so I figured I’d experiment and do repetitive mantra in a pop song format structure.”

Despite breaking new ground with this album, that back catalogue is never far away from the minds of pop fans. Songs like Circle In The Sand, Leave A Light On and In Too Deep formed the soundtrack to many people’s lives in the late-80s and early-90s. In celebration of the fact that three decades have passed, Carlisle is heading out on tour to perform the entire Heaven On Earth album. Can it really be 30 years ago, though?

“It can. Though I can’t quite believe it at times. It feels like it was yesterday. Sometimes I feel like my whole life has been one big whirlwind. From the late-70s it has been pretty full-on, and between the first and current albums an awful lot has gone on. To perform the Heaven record now, in its entirety, has been challenging but fun. With the exception of the hit singles, most of the other songs on that record I’ve never sung since it first came out, and there are a couple of them I’ve never even performed live before. It’s really cool that so many of the songs mean so much to a lot of people out there.

“Some tracks transcend being a song and become a moment or a memory, be it happy or sad, in someone’s life. I get that quite a bit with some of my hits and it’s amazing.”

Carlisle first came to the attention of the music business as a member of American pop-punk band The Go-Go’s. They never achieved the same level of success in the UK as they did back home but their influence on female groups was undeniable. Yet, there seems to be a dearth of girl bands making headway playing and performing their own music, something Carlisle finds puzzling.

“There haven’t really been many proper girl bands since The Go-Gos, The Bangles and L7,” she says. “There have been plenty of girl groups but many have come out of a TV show, masterminded and manufactured by the likes of Simon Cowell. There hasn’t been anything more organic which seems really weird to me. There should be more bands and I don’t know why there hasn’t been. The Go-Go’s came from a garage but now, groups come via a casting call. Without the punk scene, The Go-Gos would never have happened. Things go in cycles though so maybe something more natural will roll around again in time.”

Despite portraying an all-American girl image in her early solo career, Los Angeles-born Carlisle moved to France in the early 90s and now lives in Thailand. I wonder if she ever hankers for a base back home. 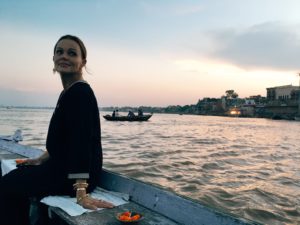 “I don’t want to live in the States. We tried going back after 24 years in France and it just did not work for us. It’s been in the back of our minds to eventually end up in Asia and they say once you experience Asia, nothing else will do. We love the country. Bangkok is an amazing city and it makes total sense to us. There’s never a dull moment there.”

Many of her late-80s contemporaries are no longer around (George Michael, Prince, Whitney Houston) and while she’s battled her own addictions, including a cocaine habit, Carlisle is still going strong. She cites her spirituality as a big part of overcoming her issues.

“No question about it. I never thought back then that I would ever have any spiritual base in my life and now I can’t imagine life without it,” she says. “I’ve done transcendental meditation on and off for 30 years, and it’s been a really useful tool to be more in sync with the rhythm of life.

“As far as still being in the business after all this time, I don’t have to keep putting myself out there but I love doing it. I love singing, I love travelling – which I get to do a lot – and I’m now at the point in my career where I’m lucky to have built up a great back catalogue to work from. I structure my year so I give myself a lot of rest, down time and family time. This summer has been really busy with the new album coming out but, thankfully, the reaction to it has been really, really good.”

The tour and the new album marks a busy period for Carlisle, and that’s following a career which has included a role in the West End Musical Hairspray, an appearance in the Goldie Hawn movie Swing Shift, and reality TV spots on the American version of Strictly as well as Hell’s Kitchen in the UK. So, what does she fancy doing next?

“I have no idea. All I know is that I’m busy until November. I’ve loved making this album though and whatever I do next has to be from the heart. That’s how I work. I know with this new record and the French album I did, there were fans out there thinking ‘Oh no, what is this?’, because they prefer to hear a pop album.

“What would they rather have though? Something that comes from the heart, or something that’s just thrown out there for the sake of it? I work on that basis now and I’m really lucky because not everybody can.” 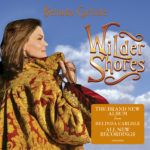 Wilder Shores is released September 29, 2017 and the Heaven On Earth 30th Anniversary Tour will be at Manchester Academy on October 6, Liverpool Olympia on October 7 and Sage Gateshead on October 10.