Students of scriptwriting and film-making tend to be bombarded by hard-and-fast rules, one of which says ‘your film must have incident’. If there isn’t a steady barrage of stuff going on, it suggests, you’re going to lose the audience’s interest. Like all such rules, it’s not hard to find examples which break it. One such is Johanna St Michaels’ new documentary The Inertia Variations, which, as the name suggests, mostly focuses on a lack of incident.

The subject of the film is Matt Johnson, best known as the creative force behind the much-admired band The The. In recent times, Johnson has been working here and there in a low-key fashion on various film soundtracks, but it’s been a long while since he’s played live or even recorded a new song. In an intimate, delicate fashion, The Inertia Variations examines exactly why that might be, and how that situation changes.

Speaking exclusively to Northern Soul, Johnson says: “On the one hand there’s a bit of a paradox that I’m known for very confessional, soul-baring songwriting, but on the other hand, with my personal life I’m very private. I’m not that interested in the celebrity side of things and I keep a low profile. So, I think probably at a different point in my life, in the past, I would have absolutely said ‘no’ to something like this. But as one gets older, there’s the compensation that you start caring less and less about what other people think of you. Also, it caught me at a particularly vulnerable time, I suppose, so I was quite emotionally open and my guard was down. In fact, it helped to take my mind off things. It’s very important for me to have that release, and so being involved in the project was a good thing during a difficult time.” 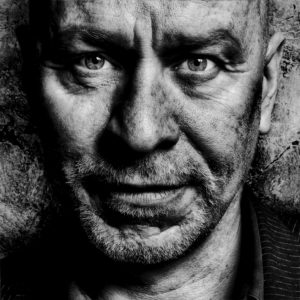 It would be far too trite to describe the details of Johnson’s ‘difficult time’ as spoilers, but they’re certainly best discovered by watching the film itself. Suffice it to say that he’s no stranger to loss. His 1993 song Love is Stronger than Death is one of the most powerful rock songs on the subject of grief, and there are shades of this throughout the documentary.

The project grew out of initial plans around ten years ago for St Michaels and Johnson to make a film of John Tottenham’s poem The Intertia Variations, Johnson’s reading of which is marbled through the finished piece. Johnson says: “The project grew over time. It was going to be a 45-minute art film around the poem, a Swedish production, but we had trouble getting the funding. So, what we decided to do was merge it with this other project of mine, Radio Cineola.” This was a series of short broadcasts hosted by Johnson from his home studio, mixing live music – often covers of his own songs by other artists – and discussions about the state of the world with a wide range of guests. “By merging the two projects together, it became more layered and multi-faceted. Johanna’s idea was that the Radio Cineola aspect would be my public persona, whereas the poem almost became my inner self, and there would be conflict between my public and private selves, which I’ve always had anyway. Probably anyone that’s in the public eye has.” 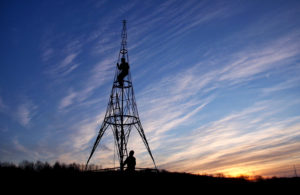 It’s no coincidence that director St Michaels is well known to Johnson. In many ways, that’s how the film came to get made at all. Johnson says: “We were in a relationship for many years. We have a son together and she knows my family very well. She’s the only filmmaker that I would have allowed to be that close. And because of her filmmaking style, she’s quite sensitive and she’s able to be very discreet when she’s filming. Although I gave her full editorial control, she did so with the proviso that if there was anything in there that myself or my family felt uncomfortable with, she would take it out. But I didn’t interfere with the editorial process at all, I let her get on with it. I think there was maybe one tiny little thing I asked her to remove, but it was quite minor. Other than that, the film that you see is the film that she made. It’s a very, very honest film, from Johanna’s point of view and from the family’s point of view. Nobody’s pretending to be anything that they’re not. It captures this moment in time.”

The result is striking, intense and powerful. As Johnson says, he’s no stranger to exploring his deepest feelings – not for nothing was the first The The album called Soul Mining – but this really does offer a window into his private life, and not necessarily the easy, uncomplicated bits. Now that it’s out on release, he confesses that it’s not something he’s eager to watch with audiences full of strangers. “Oh, I don’t sit and watch it. I’ve seen the film on my own at home, but I’ve only been to one screening, which was the world premiere at Gothenburg International Film Festival. I have been to various Q&As, but I tend to come in after the screening. It would be a bit weird otherwise, sat being watched on screen and then there in person. It would make me a bit uncomfortable.” 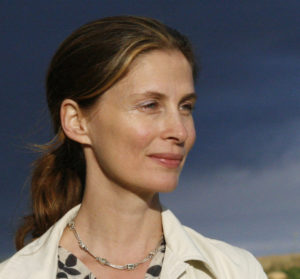 Though it’s obviously of appeal to The The fans, the film has been well-received by people coming to Johnson’s story completely fresh. “That’s the point, really, that it’s not a typical music documentary,” he says. “Actually, I think it really appeals and resonates with people that have got a bit of life experience. People that are less experienced in life, that haven’t gone through bereavement, birth, death, the stuff of life that affects us all – possibly it doesn’t resonate as much with them. But people that have had eventful lives, it really touches them quite deeply.”

Nevertheless, Johnson is keen to point out that, no matter how revealing it appears to be, a film like this can only offer a restricted glimpse into the subject. “Everybody that any of us know, including ourselves, is very complex. We don’t even really know ourselves. Even the people that are most intimate in my life, I don’t think they know me and I don’t know them fully. However personal and intimate a documentary like this is, it’s still only a snapshot.”

Seasoned fans will know that the first new The The song in many years, We Can’t Stop What’s Coming, was released for Record Store Day earlier this year, and the documentary hinges on that fact.

“I didn’t feel in the mood to write a new song,” he reflects. “I was struggling to write one, but Johanna said, quite rightly, ‘it’s much more powerful to do this live broadcast if you’ve got a new song’. I had other people singing my songs and I let them do whatever they want with them. I was speaking [poet] John Tottenham’s words and I was quite interested to then hear other people sing my words. I like this sort of circular idea. But then events overcame me, really, so I felt compelled to write a new song and that became a trigger for me wanting to get back into full-blown songwriting mode.”

Johnson’s relationship to his career, and his older material, is something else that’s explored within the documentary. As he admits, he doesn’t often listen to The The albums. “Oh, very rarely. I don’t even have my own catalogue. I can’t find it, I don’t know what I did with it. I never really listen to them – not that I don’t like it, but I certainly don’t sit around narcissistically listening to my old stuff. Occasionally I will, in particular if I’m about to write and record new material. I’ve got quite a good studio monitoring system, so it’s just to hear on a technical level how what I’m doing now compares. It’s more that really, I think.” 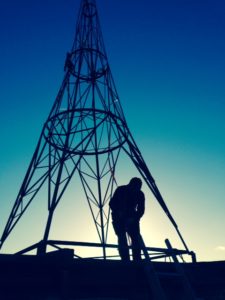 He doesn’t actively avoid listening to those songs, though. “Oh no, no. I mean, if I’m in a restaurant and one of my songs comes on, I don’t find that that comfortable, to be honest. I’ll be embarrassed about that. But no, I’m very proud of all the recordings I’ve done. I certainly don’t avoid them, but I don’t go out of my way to sit around listening to them.”

Recently, though, The The have announced a number of live shows, including a headline slot at next year’s Festival No 6. There will also be a new three-disc box-set including the We Can’t Stop What’s Coming single, Johnson’s reading of the John Tottenham poem, the score for the film and the cover versions featured in the Radio Cineola footage. All told, Johnson seems to be in a very different place in the wake of The Inertia Variations, and he’s certain that the making of the documentary didn’t just bear witness to that change, it actually helped to make it happen.

“There is a moment in the film when my oldest son Jackson says, ‘I think it’s really good that my dad is making his comeback dedicated to [Johnson’s artist brother] Andrew’. When I first saw that, I thought ‘this comeback – inverted commas – has got to be more than just putting out single on Record Store Day. It’s got to be more substantial, more meaningful, than just a single’.”

This had a particular impact on Johnson’s next meeting with his agent. “For ten years, he’s been trying to persuade me to play live and I always say ‘no’. But during this annual lunch, he said ‘look, we’ve had some really good offers in, how do you feel?’. And whereas normally I just say ‘no’, I actually said ‘you know what? Let’s do it’, and I shook hands with him. His face lit up and we booked the shows. That wouldn’t have happened it wasn’t for the film, the positive response to the single, and my son just saying that simple sentence that he said. Genuinely, the film was the catalyst, as well as capturing the moment that I decided to do it. It was an essential part of that happening to me.” 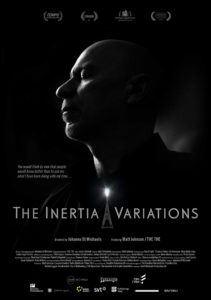 The Inertia Variations is showing at HOME in Manchester

"She should have been a big star, but through life choices and poor decisions or just bad luck, she didn’t quite get there." Andy Murray talks to Anna Cale, author of a new biography about Diana Dors. northernsoul.me.uk/anna-cale-… @MrGeetsRomo @real_meaning #DianaDors pic.twitter.com/lTJ0CbIoxf

"This is extremely silly. And yet, somehow, quite poignant." Northern Soul's Theatre Editor, Chris Wallis, reviews The Hound of the Baskervilles at Bolton Octagon. northernsoul.me.uk/theatre-re… ⭐️⭐️⭐️⭐️ pic.twitter.com/IM5K6AQ02X