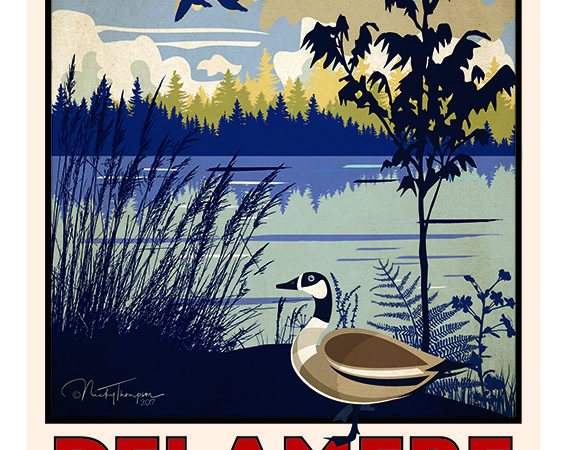 Between August 8 and September 3, 2017, the Lion Salt Works Museum based in Northwich, Cheshire, will host a new exhibition of 14 colourful 1930s-style railway posters promoting the many attractions of Mid Cheshire Railway Line.

Produced by the Mid Cheshire Community Rail Partnership, and designed by artist Nicky Thompson of Chester-based Lemondrop Creative, the posters are intended to evoke the Golden Age of British travel and encourage holiday-makers in the North West and beyond to explore the sites of the region by rail.

Posters will be available for purchase at the Lion Salt Works Museum in A3 and A2 size for £5.00 and £10.00 respectively. Postcards sets will also be available of 12 posters.

The Lion Salt Works Museum has won eight awards since re-opening in June 2015. On June 29, 2017 it was named Museum of the Year by Northern Soul. In 2016, it won the National Lottery’s Heritage Project 2016, as well as well as two national restoration awards.