Articles relating to: Emma Yates-Badley. It’s Not Grim Up North 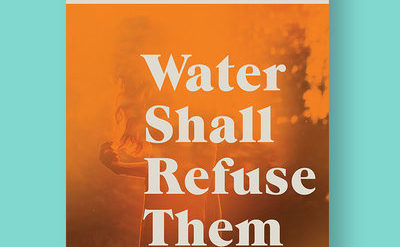 Emma Yates-Badley April 17, 2019 Comments Off on Book Review: Water Shall Refuse Them by Lucie McKnight Hardy
I’m a wimp. As the first to dive behind a cushion when a scary bit comes on the telly (I’ve been an embarrassment to my family ever since the Jurassic Park incident of 1993), I point-blank refuse to watch anything that can be filed under ‘horror’. But, strangely, I love me a spooky read. From Daphne du Maurier’s Don’t Look Now and Shirley Jackson’s We Have Always Lived in the Castle to Han Kang’s The Vegetarian and Jenn Ashworth’s Cold Light, I’m drawn to frightening tales penned by women and often with female characters at their core.

"It took me an hour to dig a hole for a hydrangea and, when I went to fetch said plant, my cat congratulated himself on a new place to poo and duly did his business." Our Editor @nugehelen reflects on the difficulties of building a garden from scratch northernsoul.me.uk/gardening-… pic.twitter.com/EUOIilcXIv

"as experimental and invigorating as it is mysterious and magical" Theatre Review: @bourke2Dfuture sees Girl From The North Country at The Lowry, Salford northernsoul.me.uk/theatre-re… ⭐️⭐️⭐️⭐️ @The_Lowry #theatre #BobDylan pic.twitter.com/UvZ3dtnfAO