Talking to the Bard

Helen Nugent November 6, 2013 Arts, Theatre Comments Off on Talking to the Bard 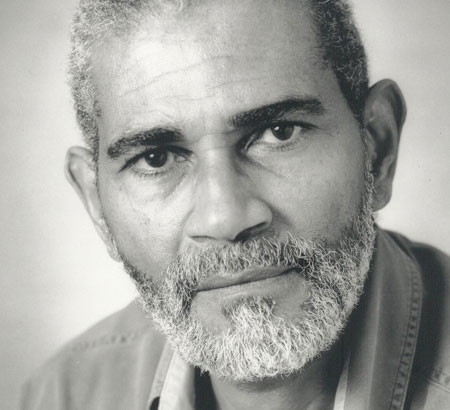 “Screw your courage to the sticking place…” Geoffrey Lovelock talks to Manchester-based actor and director Wyllie Longmore about his career and his new production of Macbeth.

“I’ve always loved Macbeth but the one time I was asked to play it I turned the role down. I didn’t suit the production.”

So says Wyllie Longmore, actor, director, lecturer – displaying both his enthusiasm for theatre and his penchant for taking a principled stance, even if it means never playing his favourite Shakespearean role.

“It sounds a little ridiculous,” Longmore admits, “when, as a black actor, opportunities have often been denied to me. But I’m not necessarily a fan of colour-blind casting – it works sometimes and other times it doesn’t. It’s down to the individual production and, sadly, on that occasion I came to the conclusion that having me playing Macbeth just wouldn’t be right. I did get to play Banquo, though, at the Royal Exchange, Manchester. ”

Longmore was born in 1940 in a small village in Jamaica. Although his family wasn’t wealthy, he attended a “posh school” and left at 18 after A-levels and became a teaching assistant. But, somewhere in his very staid school environment, he somehow picked up the acting bug.

“I don’t know where I got that from,” he says. “We had nobody in our family who was artistic or anything like that. I’d spent all of my school life acting. My father was totally ignorant in that regard. He’d had no education himself. His people, on his paternal side, had come from Assam in India, the indentured workers who came over after slavery was abolished in the British Empire [in 1833]. My father grew up in great poverty and had a large family. He was determined that his children should do better, that we should be professional people.”

And, then, in 1961, the young Longmore announced he was going to emigrate to England. His father, under the impression his son was going to teacher-training college, was supportive.

“He was working at the time as a clerk at the United Fruit Company and he organised my passage,” explains Longmore, adding with a mischievous grin: “I literally came to England on a banana boat.”

Unknown to his father, the young Longmore had formulated a plan. A brochure from Rose Bruford College in Kent had alerted him to a combined course in teaching and acting.

“I was an older student,” he says, “which meant I didn’t have any of those hang ups that 18-year-old students might have. I was married already, I was settled, I had a fairly settled view of who I was and what I wanted to do – I’d come 3,000 miles across the ocean to become an actor so I got the most out of those three years that I possibly could.”

When, many years later, Longmore came to co-found Manchester’s Arden School of Acting, his own experience fed into the school’s ethos – anyone, no matter what their age, could apply. People don’t give up their dreams simply because they’ve reached the age of 21.

Being a mature student, Longmore was also able to fully appreciate the magic of the London theatre scene which, in the late ’60s, was arguably the best it’s ever been or would be.

“Oh, yes, wonderful,” coos Longmore, his eyes lighting up. “I was at university in 1965 ‘til 1968. The National Theatre was only three years old, we practically lived at the Old Vic…Peter Brook was young and experimenting with the theatre of cruelty and all that. All these wonderful new playwrights – Pinter, Wesker…There was Marat/Sade with Glenda Jackson. There was this other exciting way to make theatre that wasn’t formalised. I was in the theatre the night when [Brook’s anti-Vietnam play] U.S. was supposed to have burnt an actual butterfly. These things fluttered out of a cage which were meant to be butterflies and one was set fire to and there was this most awful scandal.” He chuckles. “It was a wonderful time to be alive so long as you weren’t a butterfly.”

But, upon graduating, the reality of life as a black actor hit. Unless a part was specifically written for a black man, no one would hire him and Longmore turned instead to lecturing at Rose Bruford. He stayed for five years and then took a lecturing position at Manchester University in the early ’70s and he’s been based in the North ever since.

“I hadn’t been wasting my time exactly,” Longmore muses. “I’d come here as an immigrant, I’d worked hard, become a lecturer in a university, my father was finally proud of me but I hadn’t achieved the thing I’d wanted to achieve which was to become an actor. I needed a slap in the face to wake me up.”

That slap came when, one day, a white colleague at Manchester University casually remarked, “Oh, we never think of you as black.”

“A great light went off in my head,” recalls Longmore. “What have I become? And I left and went into a Theatre In Education Group – TIE. Not TIE as it is today. Back then it was political. Every city had a TIE group attached to a theatre doing hugely contentious and political work. We were called actor-teachers. I went to Leeds for three years, connected to the West Yorkshire Playhouse. That was an education.

“I was the only black person in the group and there was an Indian woman too and every day of our working lives she and I had racist taunts and comments. Every time we went into a school the kids would invariably make monkey noises and need to be calmed down. It wasn’t that long ago. I remember in 1984 I went to a village near Pudsey and everyone came out to stare at me.”

And from that TIE work came the acting career Longmore had always sought. Starring alongside Margot Lester, Longmore met her husband, David Thacker (a legendary director, currently the Artistic Director at Bolton Octagon).

“David gave me my first commercial work,” says Longmore, “which, wonderfully, was as Ross in Macbeth at the Old Vic. It wasn’t frowned upon to see black faces popping up in plays but it was still a little unusual. There was a whole crop of black actors who had trained by that point. And you did have people like David Thacker who didn’t care what race an actor was. But I remember this review I got when I played Anthony in Anthony and Cleopatra . I’ve still got it. The reviewer said, ‘We’re supposed to pretend it’s not a black man handling a white woman.’ This was the late ’80s.”

Longmore’s acting career took in theatre, TV and film (including the role of Jeremy in Richard Curtis’s Love, Actually) and he picked up two Manchester Evening News Theatre Awards. But, now in his early ’70s, Longmore considers himself semi-retired from acting and is concentrating on directing. Which brings us back to Macbeth.

From Conor McKee Productions – the company set up by Manchester-based playwright and funded by Arts Council England – Longmore’s Macbeth is a pared down, no nonsense affair that takes us from Macbeth’s first meeting with the Wyrd Sisters to (spoiler alert) his grisly end  in 90 minutes.

“Macbeth is a chamber piece, really,” asserts Longmore, “and it’s meant for one sitting. It moves with extraordinary purpose from the start to the finish. The language is wonderful. It’s a wonderful play and, when it’s done right, as with all of Shakespeare, you think ‘Oh my God – this man is still speaking to us’.”

This version was first performed in 2012 when Kenan Ali of stage combat and physical theatre company, Troop, contacted Longmore.

“Kenan’s idea was that this was a play in which the notion of physical theatre, in terms of the fights, would sit really well,” explains Longmore. “He wanted it to be taken out into all sorts of spaces so it had to be ready for any space that would take it. And also because we don’t have much money, beyond the Arts Council funding, we had to have a small company and so we settled on six. I adapted the play for six people and it works really well because the Troop component – which is Kenan as Macbeth and Adam Jowett as Ross/MacDuff and Malcolm – they’re the stage-fighting people and they’re very skilled. The whole idea came to have it with the six stools on stage, with the actors always present. So you have the notion of storytelling where the company tell the story of the play. When you’re not playing, you’re not off the stage, you’re still contributing.

“The fighting is hand-to-hand combat,” Longmore continues. “I wanted to start with a big fight, to grab the audience from the off. It’s violent and vicious but beautifully choreographed. The slaps and punches look so real. In fact, I think a few of them in rehearsal might have been, but that tells the audience that they’re in a violent environment and then we’re into the play. We see Lady MacDuff’s murder and Banquo dies hand-to-hand – we use staves which makes a wonderful noise as the sticks hit one another.”

“I’m a bit queasy about it,” he confesses. “The only time I’ve ever held a sword I played Romeo and I nicked the other guy under the eye during the fight scene so I’ve really not liked blades since. I think the most exciting way to see action is physically, hand-to-hand.”

Another unique component to the production is the use of Michael Cretu’s double-bass. Romanian-born and now resident in Manchester, the internationally renowned musician will be providing a soundtrack, live.

“I’ve loved having live music,” enthuses Longmore. “The double bass when it’s bowed is a very evocative sound and Michael is wonderful. We’ve used him on Conor’s play Burnt, live, and then he wrote the soundtrack to Thrasher, Conor’s next play, and I used him also on piece I did at The Lowry.

“Having Michael live, the music and the fighting is just wonderful together. The music is almost like an extra character in the piece – it also becomes the supernatural strain that’s present throughout Macbeth. I’m getting Michael to play under the soliloquies – the actors almost have a dialogue with the music. And, most importantly, the music – as anyone who knows the play will appreciate – becomes Macbeth’s conscience.”