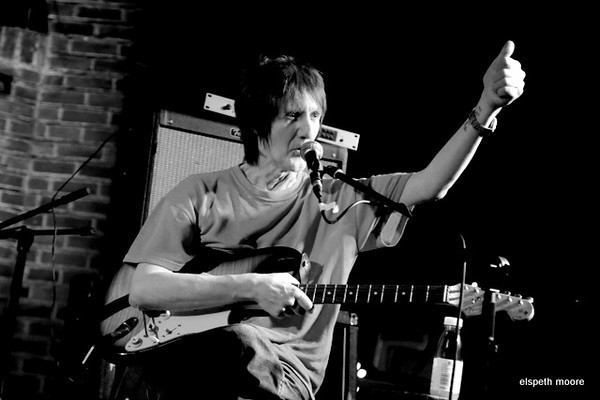 In St Ninian’s United Reformed Church in Chorlton, there’s a stained glass window high above the altar bearing the legend ‘I am the Resurrection and I am the Life’. It’s a phrase which already has a special connotation in Manchester music history, of course. But without being over-dramatic, it does seem fairly appropriate for this event.

The Durutti Column were, on the quiet, one of the most cherished acts on the fabled Factory Records roster. And to all intents and purposes, aside from a few floating collaborators, guitarist and songwriter Vini Reilly was The Durutti Column. But the last few years haven’t been easy for Reilly. When Tony Wilson died in 2007, Reilly lost his staunchest supporter and one of his dearest friends. Then, in 2010, he suffered a series of debilitating strokes. Rumours circulated that his guitar playing had suffered heavily. He’s performed just one song in public since.

Tonight, though, in front of St Ninian’s stained glass windows, there are guitars, amps, microphones and a drum kit. As part of this year’s Chorlton Arts Festival, Reilly is set to play again. In the event, though, it’s not quite that straightforward. Firstly he appears for a brief onstage discussion with Dave Haslam. Haslam is canny enough to let Reilly lead with this; he prompts gently and leaves it at that. Reilly’s speech has certainly been affected and initially he’s not all that lucid, but happily he warms up as he goes along. Aside from talking about his recovery, Reilly is most keen to sing the praises of the people he cares about: Tony Wilson, local drumming legend Bruce Mitchell, and a group of local young musicians and writers he’s fallen in with lately. Indeed, the first live performance of the evening is a couple of tunes by these musicians, who play under the name Old House Playground. It would be hard for anyone to live up to the fulsome, glowing build-up Reilly has given them. Their spirited blues-rock sound is intriguing enough but it only really whets the appetite for Reilly himself taking the stage. 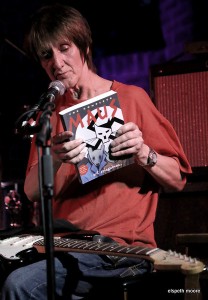 As soon as he does so, any fears that his gift may have deserted him are swiftly dispelled. For many bands, playing in a church might feel like a strange move. Here, it’s surprisingly fitting. Reilly’s signature style – cascading waves of ringing, impressionistic guitar – is intact, and always had a hymnal, soulful quality. He does three songs in total, the first with sensitive accompaniment from John Metcalfe on viola. For the second number, Old House Playground singer Tryfon provides vocals and Bruce Mitchell puts in an unexpected appearance on drums. It’s mighty, heartening stuff.

Before the last improvised song, Reilly gives a pretty lengthy preamble about his inspirational childhood guitar teacher, a Jewish Holocaust survivor called Miriam. Only hours before, he’d received in the post a copy of Art Spiegelman’s Holocaust graphic novel Maus, sent anonymously and addressed to ‘Viscount Vincent Reilly’. Seeing this as some strange augury, he explains that he will go deep inside himself as he performs the song and predicts that he’ll be devastated by the end. Sure enough, the improvisation is something special and afterwards a weeping Reilly is lead off stage by his comrades. This isn’t James-Brown-in-a-cape theatrics, though. He’s clearly tired and overwrought, very understandably in the circumstances. But it’s the one juncture in the evening when the audience might question whether it’s entirely right for them to be seeing the man in such a raw state. It veers a bit closer to emotional voyeurism than entertainment.

For all that, it’s wonderful to see Reilly back on a stage, with all his considerable faculties intact. Here’s hoping that – should he really wish to – he’ll be back there again very soon.

Images by Elspeth Moore (for more information about Elspeth, follow this link: http://p-b-e.smugmug.com/) 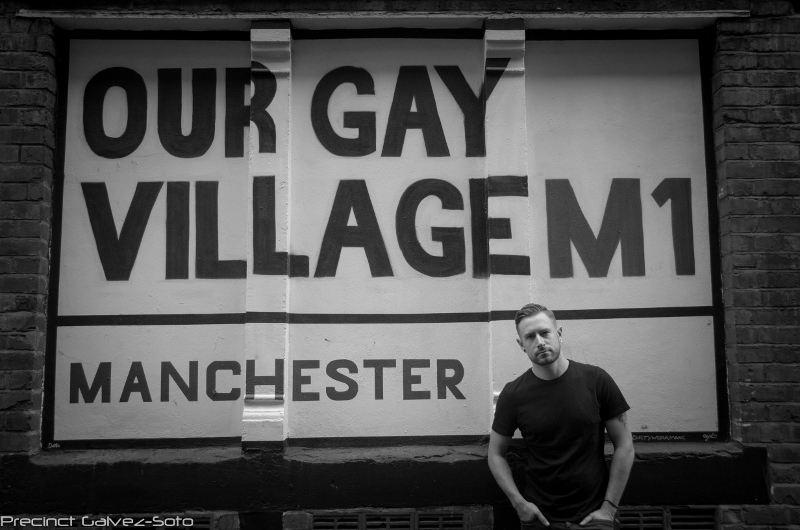 Coming out – and the ‘mini-out’ phenomenon 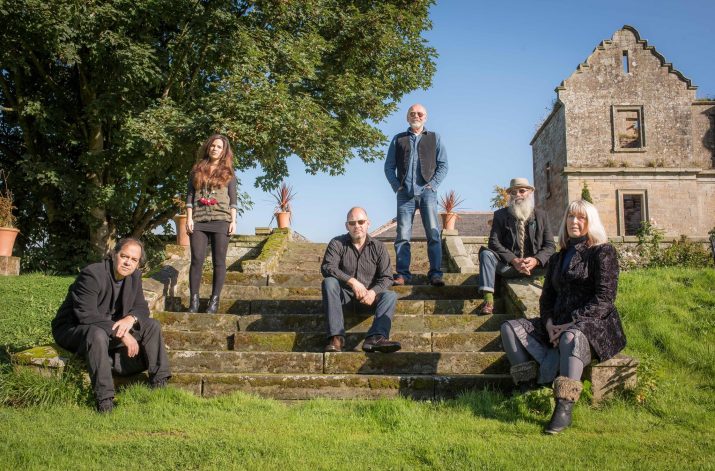