Marissa Burgess July 31, 2017 Arts, Comedy Comments Off on What’s on in August: Comedy in Manchester 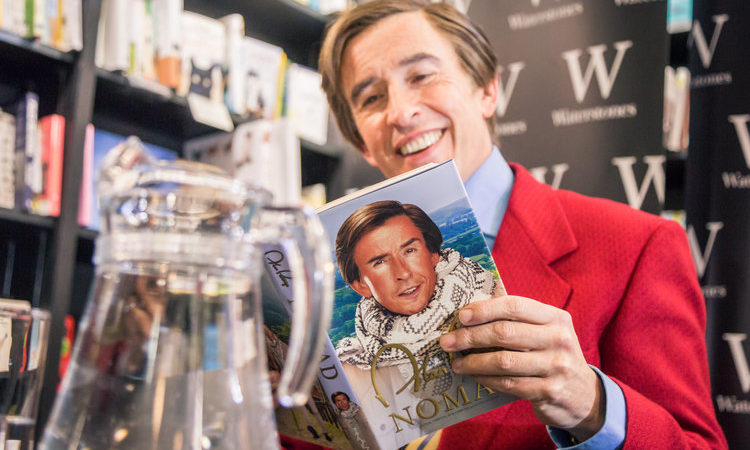 Many clubs may have taken a break, and half the funny side of the city have headed for the Edinburgh Fringe, but not to worry, you don’t have to go back to watching your dog chew a fruit gum for your entertainment. There are still plenty of laughs to be had Manchester this month. 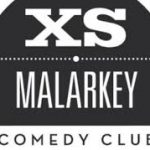 XSMalarkey, Pub/Zoo, Every Tuesday, £5 (£3 members)
Malarkey carries on through the summer however it’s also on its holibobs too, in that regular venue Pub/Zoo are having a refurb and so the club is moving to the The Comedy Store for the first four gigs of the month but should be back for the fifth (though it’s always good to check before you head out www.xsmalarkey.com) So there will be one last Edinburgh preview show from Tiff Stevenson before she heads to the Fringe this week. Then on Tues 8th star of Russell T Davies’ Cucumber Bethany Black headlines, there are deadpan one liners from Gary Delaney on the 15th, a line up to be announced on the 22nd and irreverent double act Max and Ivan probably on their way back from the Fringe on the 29th.

The Worst Comedy Night in Salford, Kings Arms, Free.
As run by the legend that is Dave ‘Uncle Turkey’ Turquoise who started the gig in Manchester as, you probably guessed, The Worst Comedy Night in Manchester, here’s its Salford incarnation. It’s just as eclectic as those early gigs – you could be watching the next star presenter of Channel 4 or a man with a sheet over his head. This month there’s a last preview gig from seasoned Manchester act Tony Burgess heading up for his début Fringe with Crimbo, a poignant and uplifting, yet very funny tale about his family Christmas 2003. Then there’s the second gig of the month on Tues 15th and a bonus third on the 29th too. It’s a month of many Tuesdays.

Comedy Balloon, Ape and Apple, Every Wednesday, Free.
Funny I should mention the Worst Comedy Night in Manchester, as this is the gig in its current incarnation and where it all started for many in Manchester – Alan Carr performed his first ever gig there/here in 2000. Organised and watched over from the back of the room by Jason Cooke, it’s bound to be interesting and a bit insane as well as funny.

First Thursday Comedy, Bury Met and Ramsbottom Civic Hall, Thu 3 Aug, £10
Cockney geezer Dave Ward and Stockport’s cheeky gagster Steve Shanyaski get to get the bus between Bury and Ramsbottom as they double up both gigs whereas Ryan Gough stays in Bury in the and Kieran Lawless in Rammy.

Of course the Frog and Bucket and The Comedy Store aren’t packing their plastic bucket and spade and heading anywhere this August, you can rely on them to provide the gags all month long.
At the both clubs there are the usual three day long professional acts nights, Thursday through to Saturday. Every Monday at the Frog is Beat the Frog amateur night where new acts compete to stay on stage without getting ‘croaked’ off by the audience. While over at the Store King Gong on Sun 6th is newbie night where acts compete to stay on stage with the threat of being gonged by Mick Ferry and you wouldn’t want that…
There are also new-ish comedians as hand selected by veteran act Alex Boardman on Sun 20th. Established acts try out new material in a chance for you to see how the magic happens at the Store on Sun 13 with Toby Hadoke at the helm of New Stuff.
Then at the Frog there’s also Discount Comedy Checkout improv show on Sun 20th and rounding the month off is a Pride special of all women show Laughing Cows on Sun 27th.

Lets See What Happens, Kings Arms, Sat 5 Aug, £3
If you like your comedy unexpected and unplanned head down to the Kings for this comedy improv session with members of Comedy Sportz UK. Get your suggestions ready… 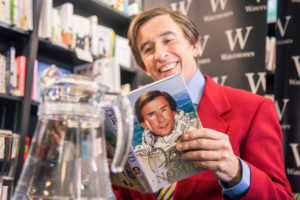 A-ha! A Celebration of Alan Partridge, Gorilla, Sun 20 Aug, £15
God love him, can’t get enough of a bit of Partridge. If you too like pain and social embarrassment with your comedy get down to this celebration of Steve Coogan’s alter ego and his best, most beautifully toe curling bits. Expect a screening of both series of I’m Alan Partridge, an exclusive video intro from Armando Iannucci and Q&As. Back of the net!

Scott Capurro, Kings Arms, Fri 25 & Sat 26 Aug, £10
There’s bound to be some outrageous flirting from the best bitchy queen in the industry. Sharper than a bag of sherbet lemons, the San Franciscan provocateur takes to a theatre space in Salford to share his most salacious of secrets.

The Didsbury Comedy Club, Didsbury Cricket Club, £7 & The Heatons Comedy Evening, The Heatons Sports Club, £7.50, Sun 6 Aug.
Seasoned stand up and writer Dan Evans and Northampton gagster Andrew Bird double up, catching the 42 bus the few stops between gigs, while Jamie Hutchinson snuggles in the middle and the exuberant Canadian Allyson June Smith emcees in Didsbury whereas at The Heatons Pete Selwood is the filling in the sandwich and cheeky Manc Alex Boardman the MC.