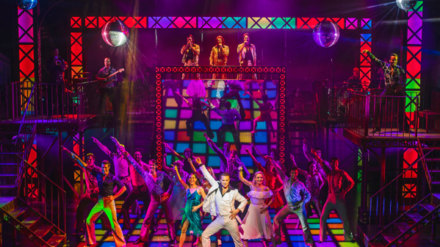 As a child of the late 1970s, I grew up listening to disco tunes and developed a love for the Bee Gees’ music from an early age. 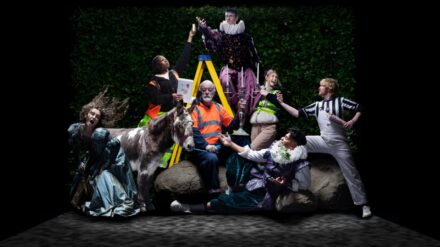 Shakespeare North Playhouse is a new theatre in Prescot, a small town nine miles east of Liverpool whose main distinguishing feature (in my mind, at least) is that I went to college there. Not any more. 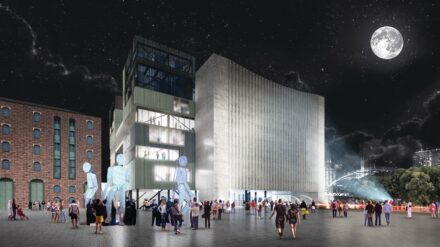 Since it was announced around 2015 that the team behind Manchester International Festival would be taking over the former Granada Studios off Quay Street, it’s been a popular sport, particularly among creatives, to speculate what could possibly be presented in such a massive (13,350 square metres with a capacity for up to 5,000 people in the Warehouse as well as 1,600 seated in the Hall) and colossally expensive development (currently around £75 million over budget at £186 million, including nearly £100 million of government funding) right in the middle of Manchester? 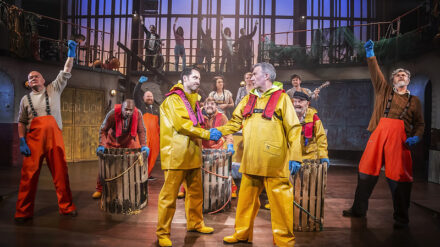 I intend no criticism of this hugely entertaining and enjoyable show by pointing out that it’s a highly romanticised version of the already-improbable true story of the Fisherman’s Friends, a group of seafaring neighbours and shanty-singers who (with one exception) grew up “within half a mile of Port Isaac harbour” in Cornwall. 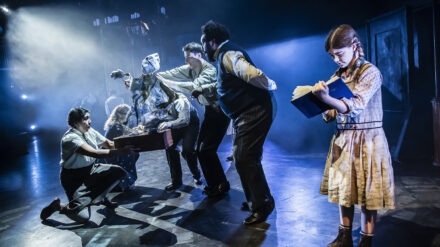 A play about the power of words has never been more relevant. 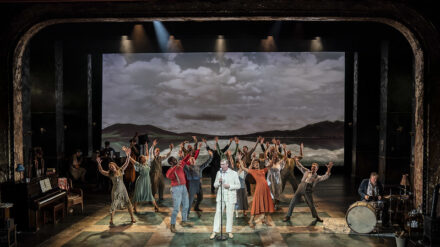 Theatre Review: Girl From The North Country, The Lowry, Salford

Reflecting his own mercurial nature, it’s almost inevitable that any theatrical piece based around the songs of Bob Dylan would be something out of the ordinary. 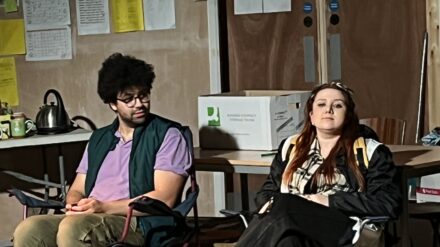 Up betimes and to the new 53two venue for its opening in-house production, Things That Divide Us. 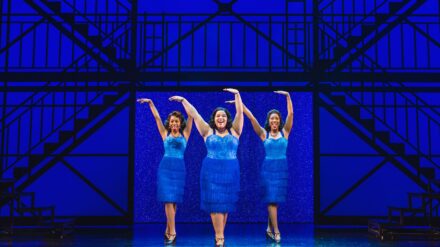 Emotional attachment to cultural artefacts is a major driver in the entertainment business. 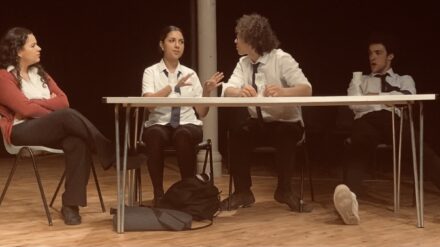 I’m in a city 215 miles away from Manchester but, during the duration of an hour and 10 minutes, I feel the familiarity of home. 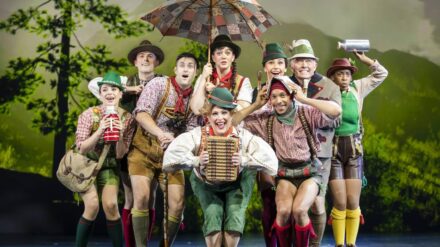 It has taken five years to reach the stage but now a new musical based on the movie The Parent Trap has landed at The Lowry in Salford. The director, Sir Trevor Nunn, whose ambition it was to adapt the film, takes the helm but will he reach the heights of his previous productions including Cats, Les Misérables and Chess?