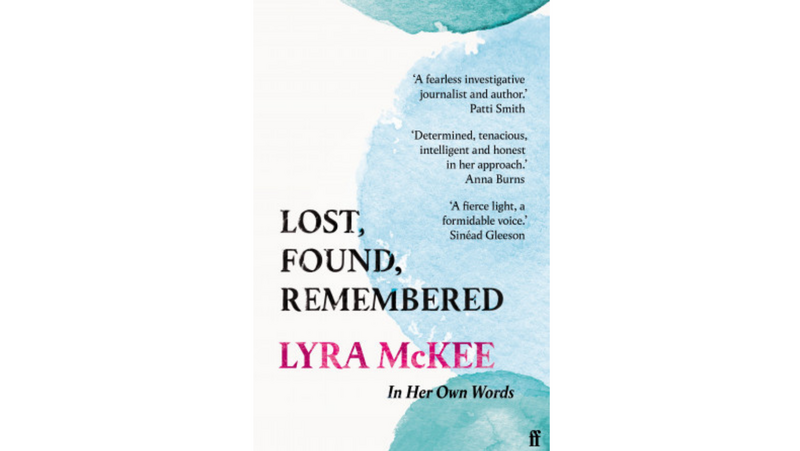 In her short professional life, before it was ended by a stray handgun bullet amid dissident rioting in Derry in 2019, the young journalist Lyra McKee strove to shine a light into dark corners of that war’s legacy.

Just eight-years-old when the Good Friday Agreement was signed, McKee was a ‘Ceasefire Baby’, part of the generation who grew up unaccustomed to the sound of gunfire, yet she became the first journalist to be murdered in the UK since Martin O’Hagan was shot dead by the LVF in 2001.

This short selection of her work, produced for the Belfast Telegraph, Buzzfeed, The Muckraker and others, brings home some of the nightmares that Northern Ireland has woken up to since The Troubles came to a signatory end.

“It’s all still there, just underneath the surface of things,” she writes in The Lost Boys, a report from the scrubland of Cave Hill. In the 18th century the rocky promontory overlooking Belfast inspired Jonathan Swift to dream of giants. In the 21st century, McKee finds a dark lure to rival the Sea of Trees in the foothills of Mount Fuji.

Reared by a generation wracked with grief, night terrors, alcoholism, PTSD and an inability to forget, the province’s young see the war only through their parents’ eyes. They endure the repeated taunt: so how much have you really seen? For McKee, “When you’re a child growing up in poverty, parented by people who’ve been traumatised and everyone around you has been traumatised you are going to be affected by that.”

But where are we now? It could be argued that Northern Ireland is in the grip of a suicide epidemic likely to outstrip anything seen at the height of the conflict, predominantly among working class boys. 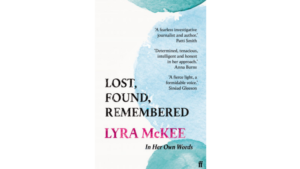 The settlement had promised three things: peace, prosperity and safety for children. But as Loyalist and Republican paramilitaries stopped terrorising each other’s communities, they began to turn on their own. “The result wasn’t so much peace as absence of war,” writes McKee.

For those desperate to escape it didn’t matter what qualifications you had: the post-war economy has been a basket case, the most plentiful work to be found in call centres. Even those who left for London have tended to return once faced with the first forbidding rungs of the property ladder.

If despair is McKee’s big theme, then other pieces highlight the struggles of her generation to drag their society into the liberal world. A Letter To My Fourteen-Year-Old Self, published in The Muckraker in 2014, brought her to public attention, appearing just as Belfast’s ‘gay cake’ scandal erupted in a city where children from faith backgrounds may expect parents to attempt to ‘beat the gay out of them’. The valediction, “I love you”, is touchingly edifying.

Salvation was to be found in journalism and there is a small sheaf of articles examining the state of the profession in an age where entrepreneurship is de rigueur and personal safety less assured than ever. “For me,” McKee attests, “reporting for the sake of reporting is not enough. It must lead to a greater outcome than publication of the story.”

A long feature about boxing injuries, The Fight of Your Life, delicately underscores the notion of trauma as habitually generalised and insufficiently understood.

As for the pandemic, the rollback on civil liberties and recent unrest in the province all underline the fact that we live in uncertain and unstable times. It isn’t fanciful to perceive the spectres of conflict, authoritarianism or Union meltdown.

The rise of the internet, which accompanied that of the ceasefire generation, means there are now many more hacks attempting to prise stories from a dangerous street without the benefit of powerful news organisations to stand up for them. McKee’s work highlights the line that journalists walk in exposing themselves to the dangers of the modern world, the better to understand and articulate them for their public.

God help us if a free, enlightened press slips from our fingers. And thank God for spirits such as Lyra McKee, who believed in an outcome greater than publication of the story.

Lost, Found, Remembered by Lyra McKee is published by Faber and available to buy now.