Rich Jevons February 2, 2015 Arts, Theatre Comments Off on The Paper Birds: what it means to be broke 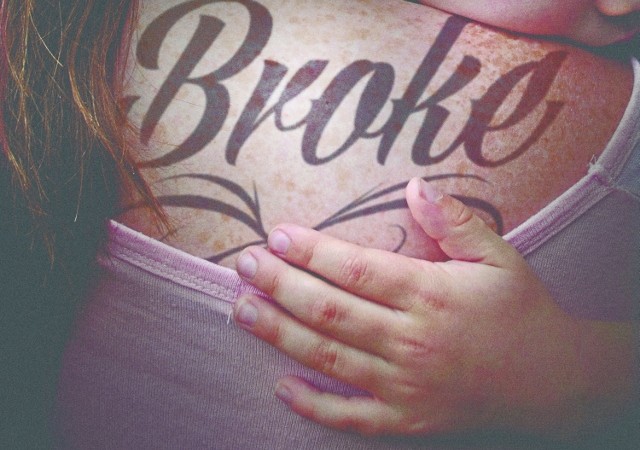 Northern Soul’s Rich Jevons talks to The Paper Birds’ artistic director Jemma McDonnell about the company’s latest production, Broke, ahead of a nationwide tour and performances in their home town of Leeds.

Given the state of the British economy, Jemma McDonnell, artistic director of The Paper Birds, thought it was time for “a heartfelt and urgent look at the debt of a nation, from displaced families and gambling addictions to beans on toast”.

She explains: “It’s something that is very important at the moment, especially over the last few years of austerity measures, meaning that a huge number of people are struggling to make ends meet.”

Based on interviews taken across the UK in 2014, The Paper Birds explore what it means to be broke using real life stories from the front line of poverty and debt.

“I think the point of verbatim is that it is powerful and we want to give a voice to the voiceless. This way they are empowered and, anyway, we are not in a position to write this, it has to be lived.

“The focus of our research was conversations about money – what people earn, and what they spend it on. This included an online questionnaire which people could answer with no sense of shame. Then there were face-to-face interviews – going out and talking to people at food banks like Sally Army and community centres – and listening to the stories about how they get by. Then we’ve put elements of all those things into the production.” 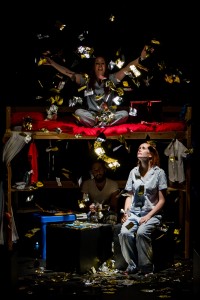 As well as the use of verbatim text, The Paper Birds are also renowned for their visually rich productions and powerful physicality.

“With this show, although the verbatim is important for the audience, what they see and hear is very important too,” says McDonnell. “So it’s set in a child’s bedroom with toys as props and we look at what the next generation will be inheriting. We also reference our own process of fast-forwarding and rewinding the interviews.”

With Broke, Paper Birds are continuing their exploration of cultural, social and political issues.

“Our feeling was that if we look at poverty and why and how it exists then we need to look at the bigger picture, not just the individuals but the national debt and the monetary system itself. In fact, austerity means things are tight and difficult for the most vulnerable.

“We take tiny snippets from our research but the show focuses on one mum and her son who is now on benefits, having been on minimum wage. It really resonates as she tells how she has tried so hard and feels desperate and helpless. And as for the son – what opportunities are there for him? What will things be like? What changes can we make for those born into this society?”

So if there was one thing for people to take away from the piece what would it be?

“What people will take away is different for everybody. For some it’ll be about consumerism, why we want certain things and if we actually need them. For others it might be more about the General Election – what the political parties stand for and who will actually help those in need.”

McDonnell is perfectly aware of the escalating disasters of the poverty trap.

“There is definitely a poverty trap. We explore debt as hand-in-hand with borrowing at sky high interest rates that people are never able to pay back. And the ease at which borrowing is available – it’s almost shoved down their throats.”