In the musical re-rooting of the early 1980s where punk met poetry, a wellspring flowed and the mystery of melody was finally unlocked by a serendipitous gathering of Mancunians called The Chameleons.

In three albums, this most singular of bands built a new dimension – the offspring of visual and melodic divinity where bliss and antagonism coalesced to form the fractious beauty for which they are adored. Their music is the snow leopard’s first shiver of winter; a leaf’s scoring by stray morning sunbeams; a first-beheld landscape plying the soul with dreamdust. It is a cache of sentimentality graced with yearning and what-ifs, of embryonic emotions grasping for the understanding only out-of-reach maturity can give. It is a splenetic tour-de-force, bursting with head-blow invectives that enshrine the social concerns of an age. It is stubborn like the city it was born in. Like sculpture, it refuses to age.

The adorers are relatively few in number. Though legends in their native Manchester, with discrete fanbases in the US and Europe, The Chameleons never achieved the commercial success they deserved. Perhaps we should be grateful. They never experienced decline. They never sold out to synthetic pop or pompous rock that blotted much of the 1980s musical landscape. Instead, they confined themselves to borders where art and anxious reality became lovers. Those fortunate enough to come into contact with The Chameleons instantly sensed the privilege. They have proved too substantial to be forgotten.

ChameleonsVox: Home Is Where The Heart Is is a weekend of celebration conceived as a nostalgic nod to The Chameleons’ second and third albums, What Does Anything Mean? Basically (1985) and Strange Times (1986), to be played over two nights at Manchester Academy 2. Creative tensions and family commitments have proved the usual suspects in ensuring a band line-up much altered from the old days, hence ChameleonsVox, a contemporary incarnation built by and around lead singer and bassist Mark Burgess but minus the considerable talents of co-founders Dave Fielding, John Lever and Reg Smithies. For the purist, such atrophy might be just cause for concern. So many bands these days hawk their wares offering half-baked, gimcrack versions of the genuine article as they attempt to cash-in on varying reputations.

In the case of ChameleonsVox at least, it’s pleasing to report that the live experience demonstrates unfettered sonic credibility. Burgess has assembled an accomplished bunch of musicians respectful of The Chameleons’ legacy and sound. It’s the only way that justice could be done to such an influential band.

Tonight sees the playing of What Does Anything Mean? Basically, their majestic second album released in 1985. Some consider it The Chameleons’ finest recording. Musically, it deals in atmospheres, courting aching beauty one minute and wistful melancholia the next. Opener Silence, Sea and Sky is Chameleons gold, a soaring instrumental executed to perfection this evening by keyboardist Danny Ashberry. Live keyboards are revealing of a band’s attention to detail, with sounds achieved in the studio often sacrificed in the live arena for flimsier alternatives. Somebody in ChameleonsVox has been doing their homework, though. Ashberry’s keyboards faithfully reproduce the album’s synthetics, and the sell-out Academy 2 crowd are mesmerised.

The haunting ecstasy of Perfume Garden follows, revealing another underrated strength of The Chameleons, namely Mark Burgess’s voice, still as strong and resonant as it was in 1985. Intrigue in Tangiers is a reminder that pop was never supposed to intrude this far into art and bring it to restless, searching perfection: “when it’s summer and the skies are glass,” sings Burgess (like many Manchester bands of the post-punk period, The Chameleons had a poetical depth that cemented their appeal). Intrigue in Tangiers is a drama, beautifully intense, drawing the mind to transcendence, a few minutes of a life swaddled in opiate guitars cradled with febrile drums, played brilliantly tonight by Yves Altana. And all this would be enough, yet the song ends by mutating into utter tranquillity, stretching out into wonder, gnawing at our soul with wistfulness – surely one of the best outros ever written.

Return of the Roughnecks and Singing Rule Britannia (While the Walls Close In) are disenfranchised punk brothers, decrying a decaying, 80s Britain: “working class heroes mean nothing to me, I’m a working class zero”, sings – or rather spits – Burgess, those swirling, Chameleons guitars osmotically filling voids with liquid beauty, played with sublime sure-footedness by Neil Dwerryhouse and Chris Oliver. Side B (for those who bought the album way back when) begins with a pared-down On the Beach – apparently the favoured version of Burgess – which taps its spiral groove, anaesthetising the performance’s hitherto breakneck delivery. Looking Inwardly is an upbeat blast of existential insight, Altana’s drum rolls serving as oases of wry reflection before the song trails off into melancholy, snuffing out remnants of major chord cheerfulness.

The beautiful One Flesh follows, its shimmering guitars lifting the audience out of dreary December and planting summer’s kiss of endless possibilities on accepting foreheads. Home Is Where the Heart Is is darker, as mysterious as a William Blake painting: “The nights growing colder/The enemy bolder/But as you grow older/You cease to care…danger is lurking”, sings Burgess, pondering the parlous state of the world generally. Album closer P.S. Goodbye seems to come too soon, a eulogy to times past when the sheer force of youthful emotions informed and intoxicated all others, a sentiment The Chameleons understood and articulated more profoundly than most.

The encore is a triumvirate of early Chameleons classics and English punk heritage at its finest. Nostalgia is greeted with cheers, the scrunching, grinding guitars of the ultra-capable Dwerryhouse and Oliver cutting into Academy bedrock, providing the unlikeliest of foundations to the subject of blissful recollection. In Shreds is massive, its menacing angst blasting atavistic contempt around the place like it was 1981 all over again, sucking all and sundry into its frenzied vortex. The coruscating crisis-punk of The Fan and the Bellows is the band’s bow-out, a bone-shaking goodbye searing into marrows thrilled by a performance that nailed to perfection one of the great albums of the 1980s.

Photography by: The Manc Photographer http://www.themancphotographer.co.uk 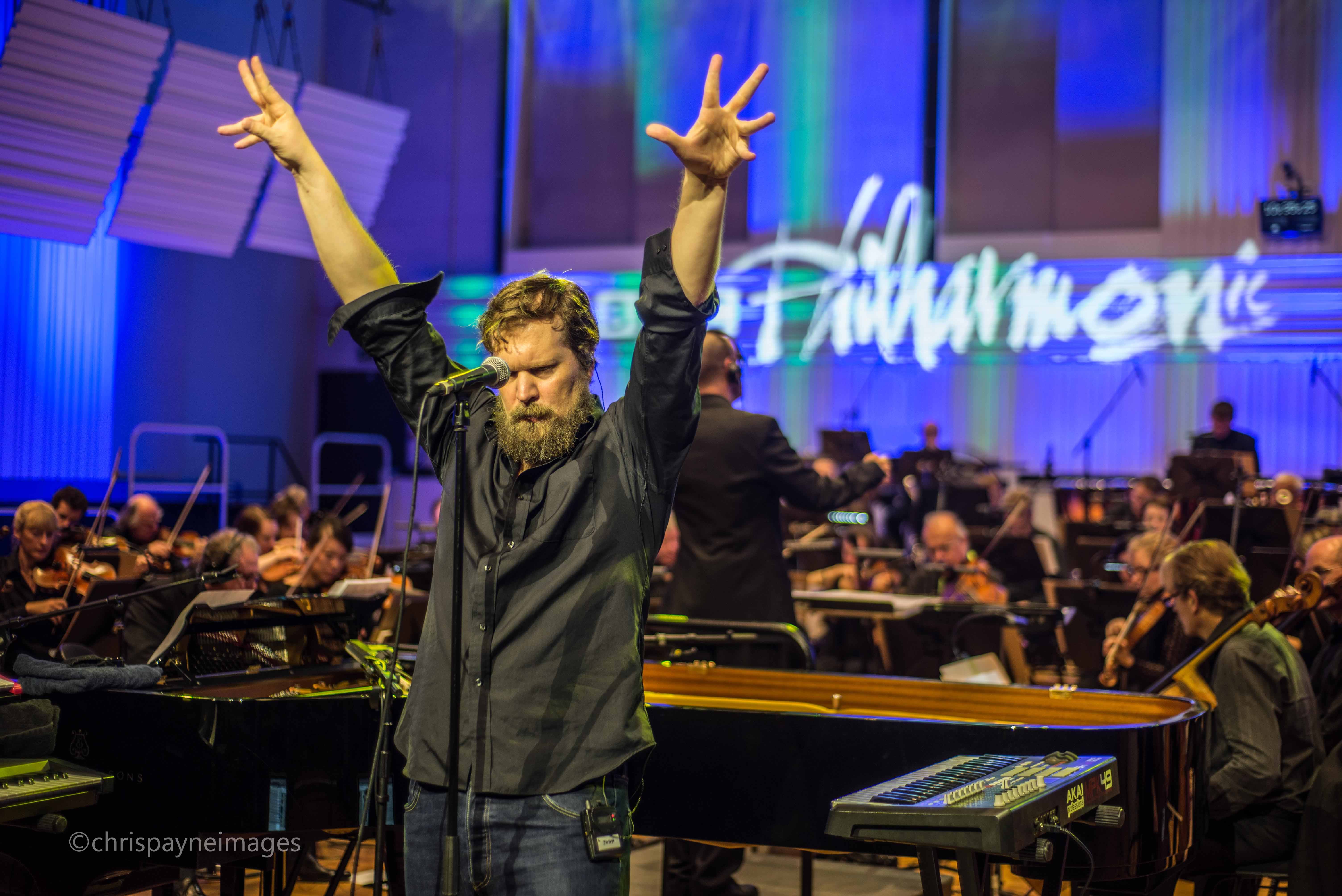 John Grant with the BBC Philharmonic 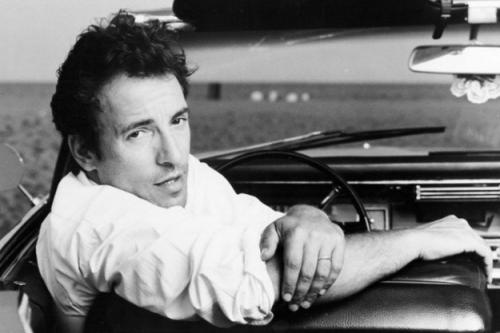 Firing On All Cylinders: The Boss Delivers 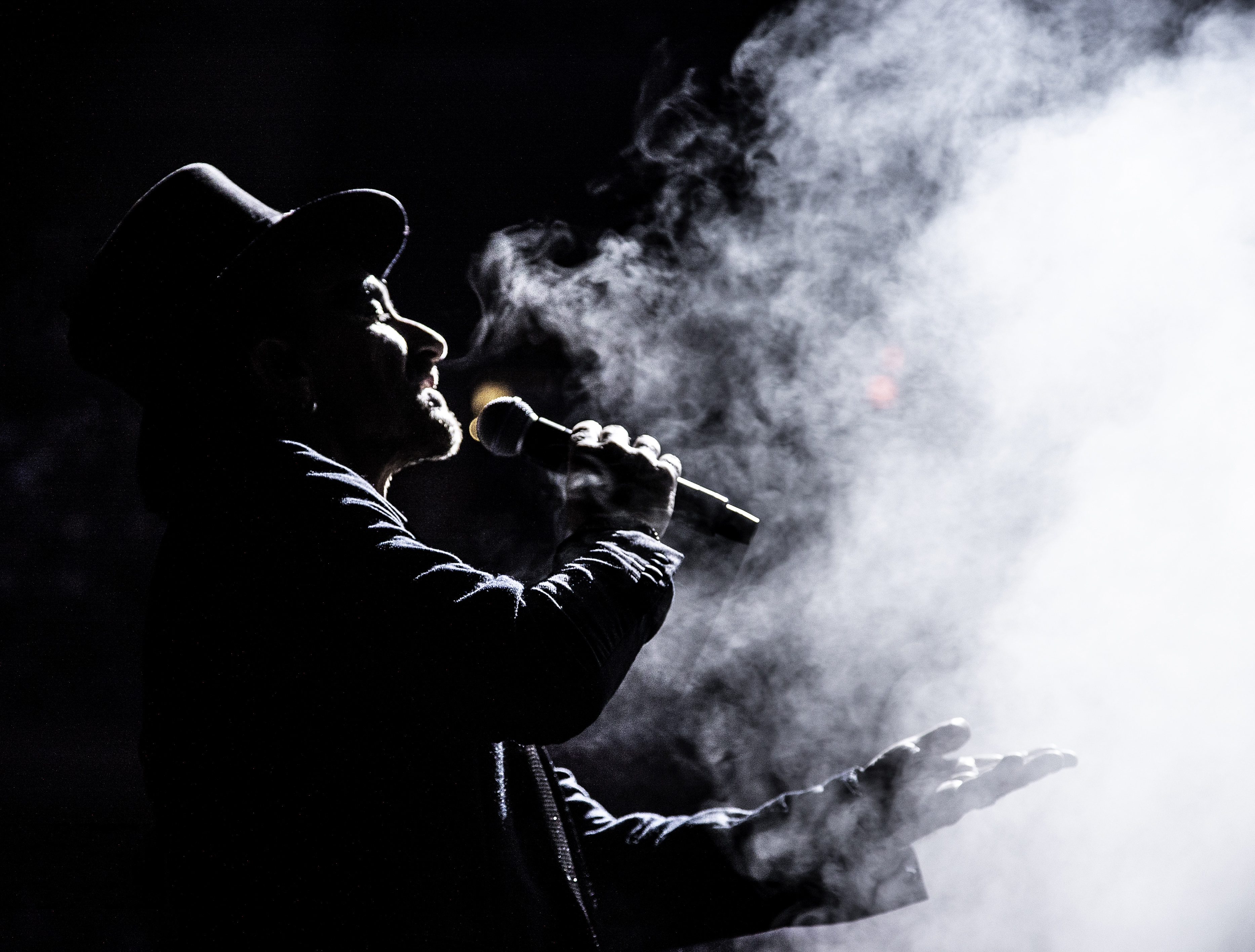 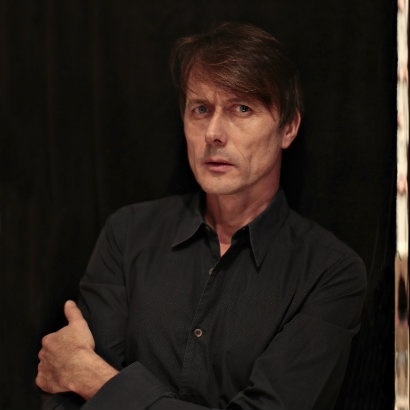