Despite the temptation to hole up in bed and hibernate throughout the winter months, there are several milestones too fun to sleep through in the run-up to Christmas. But how does the Northern approach compare to London’s efforts?

Certain, commercial, differences are obvious. Whereas the North gets its lights switched on by Coronation Street actors, X Factor hopefuls and Lord Mayors, London settles for Kylie Minogue. Similarly, Northern cities focus their street decorations on city centres, but even London’s smaller backstreets have been adorned. Christmas in the capital is certainly bigger, but it isn’t all better. 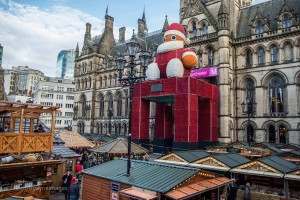 Nothing beats Manchester’s German markets in drumming up that festive feeling. Bailey’s hot chocolate, strolling through the crowd (or mob, whichever way you look at it), catching alternate wafts of mulled wine and bratwurst. I’ve tailored my trip home to make sure I enjoy at least two evenings of Christmas Market action before they close for another year. This is where London falls short. In Manchester, a trip to the city centre invariably leads you to the festivities; how else do you get to the Arndale from Zara if not through the markets? And therein lies the secret to the success of the Northern markets – unlike their counterparts in London, no effort is required to visit them. They can’t be missed. Perhaps London is just too big and impersonal in that regard.

Instead, the metropolis proffers the overpriced and overrated Winter Wonderland: a hollow commercial crack at Christmas cheer. Call me a cynical student, but the cost of two rides could foot my weekly food bill.

Slightly more fulfilling is the ice-skating at Somerset House. Equally as busy but at least somewhat controlled, nothing says ‘Christmas’ better than falling on your bum in a spectacular (lack of) style, merrily blushing as your – somehow much more coordinated – friends look on. If only it were socially acceptable at 18 to use the polar bear and penguin props. Though, to be fair, I never got away with that in Manchester’s Spinningfields, so why should Somerset House be any different? 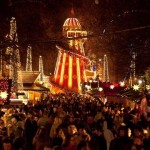 Situated a stone’s throw from Tottenham Court Road, a short walk from Euston and a skip, hop and a jump away from Oxford Street, my accommodation couldn’t be more ideal if it tried, especially for Christmas shopping. Black Friday (a student’s dream excuse to throw away their student loan) failed to be the animalistic mess depicted in the papers and was instead just a case of ‘nipping’ to the shops on a pleasant, if slightly drizzly, November evening. That said, any attempt to get down Oxford Street in December and you start to understand the stereotype that Londoners are impatient and short-tempered; why people feel the need to stop for a natter in the middle of a mob is beyond me. I may or may not have accidentally elbowed a small child in the face as his/her mother dragged them through Hamley’s mania…

Buying presents for friends is a thing of the past now we’re fending for ourselves. In its place is an overly enthusiastic penchant for Secret Santa – I’m currently in three. As it turns out, finding a thoughtful present in London for less than a fiver is trickier than it sounds, you very easily find yourself cheating and slipping into the £5-£10 bracket. A good ten minutes at least were spent pondering certain people’s reactions to a reduced Tesco finest cheeseboard – personally I’d have been chuffed with that. I can’t complain about what I did receive though. My gift from the Floor 5 Secret Santa hit the nail right on the head: The Great Northern Cookbook. A cookbook full of Northern treasures, written by Martin Platt from Corrie who now makes award-winning Northern cheese – does it get any better than that?

I’ve come to realise that it’s the small things that make you feel festive. Some students have advent calendars posted by parents, most arriving battered and somewhat bruised but, in any case, a home comfort and December staple. Christmas parties, all held at the same place (The Knights Templar – the poshest spoons in London), lent an air of drunken joviality. But even this doesn’t make it feel like Christmas. I didn’t feel that until I walked through the door at home and saw the wreath on the door, the tree all lit up and the annoying ornament playing Silent Night on repeat. London is great, but we do Christmas better up North.