Review: Ballet with Bite thanks to Northern Ballet’s Dracula 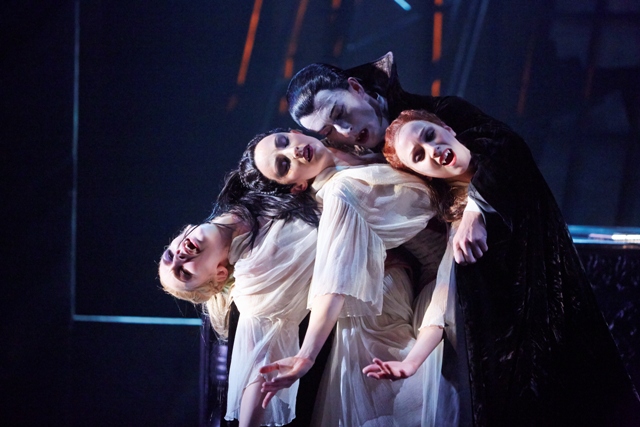 In 1993 at the pliant age of 17, I went to Bury flicks with my cousin Claire to watch Bram Stoker’s Dracula. I’d never read the book nor had a particular penchant for the romantic storytelling which thrusts through this gothic horror. A total of 128 minutes later, however, I was smitten. The sexual overtones, the possessive and obsessive traits of love and the risqué subject matter ignited in a grumpy teenager a (blood) thirst for this and other epic stories.

Disregarding Keanu Reeves’ poor attempt at an RP accent and the flippant adaptation from the original novel, the film went on to win a truck-load of prizes including three Academy Awards. It is now considered a cult-classic.

There’s more than a passing resemblance to Coppola’s film in the choreography by Northern Ballet‘s artistic director David Nixon for Dracula at the West Yorkshire Playhouse. The set (Ali Allen), lighting (Tim Mitchell), costume (Nixon) and Lucy Westenra’s flaming red hair are all homage. And that’s not all that seems familiar. The ballet’s scenes are cut together like a movie and rattle along at breakneck speed. It’s an interesting idea as there’s no time for stifling any yawns but this does means that those unfamiliar with the story may struggle and ultimately there is little chance to appreciate the talent on offer in the company. 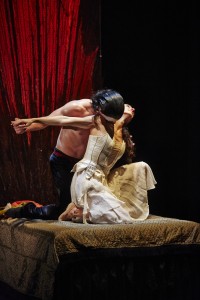 The role of Dracula is a tad old hat – a Hammer-Horror brand rather than brooding lover-boy with a wig which is more ‘Carry On Count’ than Vlad the Impaler. It’s a shame as Mancunian Tobias Batley is certainly physically engaging and, when he is allowed to shine, his muscular performance is a joy. Californian Martha Leebolt as Mina is the object of Dracula’s desires. Leebolt’s delicate interpretation strikes a balance with the Creature of the Night.

All this aside, there are some triumphant moments including Renshaw’s maniacal dance which begins and ends in a suspended cage high above the audience and the ‘Celebration’ scene – which sees one of the few dances with the entire corps – is fun.

It’s a mixed production with some brilliant ideas but the crushed velvet capes and mis-judged interpretation of the lead character means the uneven production has more Harker than Bite.