In 2014, a small independent games developer based in Manchester released its first game, a title dealing with the emotive and powerful issue of dementia.

Following success with Ether One on both PC and PS4, White Paper Games is now preparing to release its second game. The Occupation provides an equally intriguing premise for gamers, set in 1980s North West England and featuring a whistle-blowing journalist.

Speaking to Northern Soul, co-founder Pete Bottomley promises gameplay heavily inspired by titles such as Thief, Dishonoured and Bioshock, but with a twist of its own.

“You can take in the world and the story, or you can explore actions slightly off the core path and dig into exactly what’s going on. Our aim is to make you empathise with someone that has done a terrible act – what drove them to do it in the first place and how could we have prevented that from happening.”

In similar fashion, Ether One was painstakingly designed so players would think deeply about dementia and the impact it has on people’s lives. Following release, feedback from those playing the game has left a lasting impression on its creators.

Bottomley explains: “When a parent emails you telling you that they were playing your game with their child and, while playing, the child started asking questions about their grandparents, that’s an incredibly powerful thing. When people email you thanking you for an experience that they resonated with so deeply and allowed them to gain closure on their past experiences, none of the other financial factors even come close.”

Ether One was something of a labour of love for the team of six, with dementia touching the lives of all in one way or another. But even a labour of love can be hugely demanding with limited resources to realise your vision.

“Releasing Ether One was definitely the toughest thing we’ve been through as a team for sure,” says Bottomley.

“I don’t think you’re ever quite prepared for the release of something you’ve invested so many years into. We started White Paper Games in 2011 so we worked on Ether One for three to four years. Through that, we have to build a team, a studio, a working team dynamic so that we were all on the same page, all the while trying to figure out how to make and release a video game. You learn a heck of a lot in that time period and it got incredibly tough towards the end when you have little money, you’re working long hours and you have to balance life around you. It took a lot out of the team. I think we took three months off after we released because everyone was so worn out.

“Some of the team continued to transition Ether One into the Unreal Engine 4 since we had to do that for a console release which was coming the following year, but just being in our studio space had a weirdly heavy feeling, so we came in, put some fresh paint on the walls, moved the desks around a little, and then after a short break, got straight back into it.” 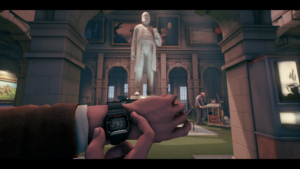 Those years of challenging work really shine through, with some truly innovative design elements helping Ether One to stand out. For one, the distinct lack of handholding – unusual in this day and age – provides players with the freedom of choice and occasional sense of confusion which reflects the thematic elements of the title and helps to create a rich, atmospheric experience.

“Everything from the mechanics to the level design was intended to convey and reflect the subject theme,” says Bottomley. “If you think about the verticality that you’re playing at throughout the game, hopefully you can see the narrative beats reflecting those elevation changes. Mechanics such as forgetting where you placed items and taking a turn and getting lost in a row of houses, hopefully that all helps add to the tone.”

This tone is complimented by an inventory system which only allows the player to hold one item at a time.

“We needed a central HUB, somewhere where people could see their puzzle progress and ribbons, and we didn’t want players to have to walk long distances to solve if they were in the middle of a puzzle. From play-testing, it seemed as though players also wanted a map, so do you have a map plus one held item? It seemed to be a natural decision to put a system like The Case into the game from there.”

But the path of success rarely runs without a hitch, and the decision to port the game to the PS4 as a free title for PS Plus subscribers was a double-edged sword. On the one hand, it guaranteed a large audience and was, Bottomley admits, pivotal to the success of White Paper Games. 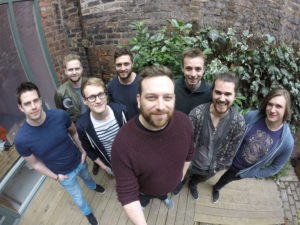 However, as with most console ports, bugs will always float to the surface and, with the entire PS Plus subscriber base as testers, the release on Sony’s platform proved a huge stress on the team.

“I think if it had been on a smaller scale and a slower burn, we could have fixed issues before they became immediately apparent. A similar thing happened on the PC release and with PC patching, you can do it as quickly as possible in order to respond to the player’s experiencing issue. On console, it’s a slightly different story. Patches can take days or weeks to go through and then get rejected. It’s an incredibly tiring process and even once the issues have been fixed, players have already moved away because you didn’t respond quickly enough.

“It was definitely a massive learning curve, something that we are going to focus heavily on with the release of The Occupation. We tried to be as active as we could across the forums and social media but we could only do so much when it’s that large of an audience. I’m personally very focused on making sure things like that don’t happen again because I can honestly say, it was one of the worst periods of my life. Waking up to see all the notifications on your phone and an inbox full of emails and forum threads with the numerous people experiencing issues can be really hard to deal with when it’s on a constant, daily basis. It personally took a lot out of me during that time but I think our studio learnt and grew stronger for it.” 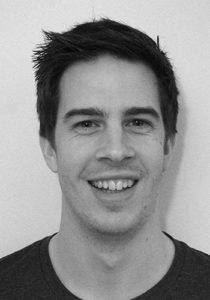 Despite the stresses of the modern games developer, the advent of platforms such as Steam and PlayStation Store has led to a thriving community and an avenue for smaller developers to create original titles.

“There are more and more people developing games right now which is great to see,” Bottomley says. “There is an issue of overpopulation on the market place, and I think curation needs to be focused on more, but if you’re creating something that you’re incredibly proud of and it has polish, no matter the game or genre, I think having an online platform to sell your game on is an incredible thing and great for the industry.”

He is also enthusiastic about the games industry in this corner of the world.

“There are a lot of really cool things happening here, the Universities for Games Design are great and there are some incredibly talented game developers on our doorstep so it’s incredibly inspiring to be around.”

While White Paper Games’ co-founder references Elon Musk, suggesting that starting your own company is “like chewing glass while staring into the abyss”, his passion for the gaming industry is obvious and this drive to create something unique is reflected throughout Ether One.

Luckily for gamers, it appears that an abundance of ingenuity allied with the developer’s experience in releasing a first title should result in another unique experience when The Occupation lands later this year.

In the meantime, check out the launch trailer now.