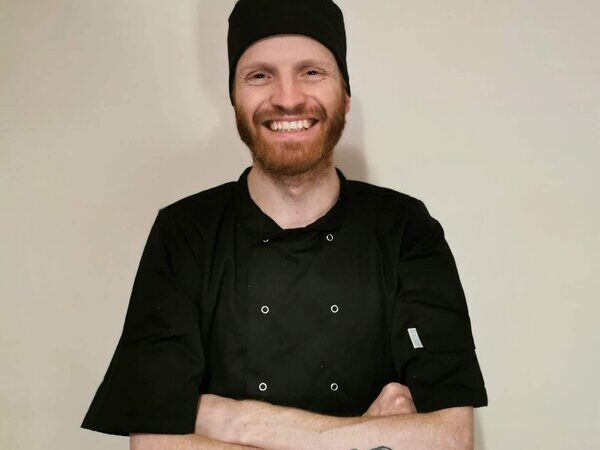 Dane Smart has come a long way since his pot-washing days at LadyBoy, a Thai restaurant in Melbourne.

The 29-year-old Australian is one-third of a trio of chefs behind the new menu at The Molly House in the heart of Manchester’s Gay Village. Nearly two years in the making, the Spanish and North African-inspired dishes littering the eatery’s dining offering have been honed to nigh on perfection (I’d say). It’s been a journey of discovery for Smart.

He arrived at The Molly House four years ago, by way of two Sheffield restaurants where he’d begun to dabble increasingly in food prep. It’s in Manchester, however, where he has come into his own. “I’ve become confident within this kitchen,” he says. “The first chef here really pushed me to give it a go. He said, ‘don’t be scared’, basically. The next chef helped me learn to stand up for myself. When something isn’t right, you’re allowed to say it, in a way. He would have this thing where he’d say ‘interesting’, and I still say that today. When he’d say it to you, you’d think, ‘oh, no, I’ve done something wrong’. He still comes in and says hey.”

As for the long gestation of The Molly House’s new menu, this is due to the transient nature of restaurant work. Smart says: “We’ve finally got a good team, so we’re taking this opportunity and making this menu happen.” 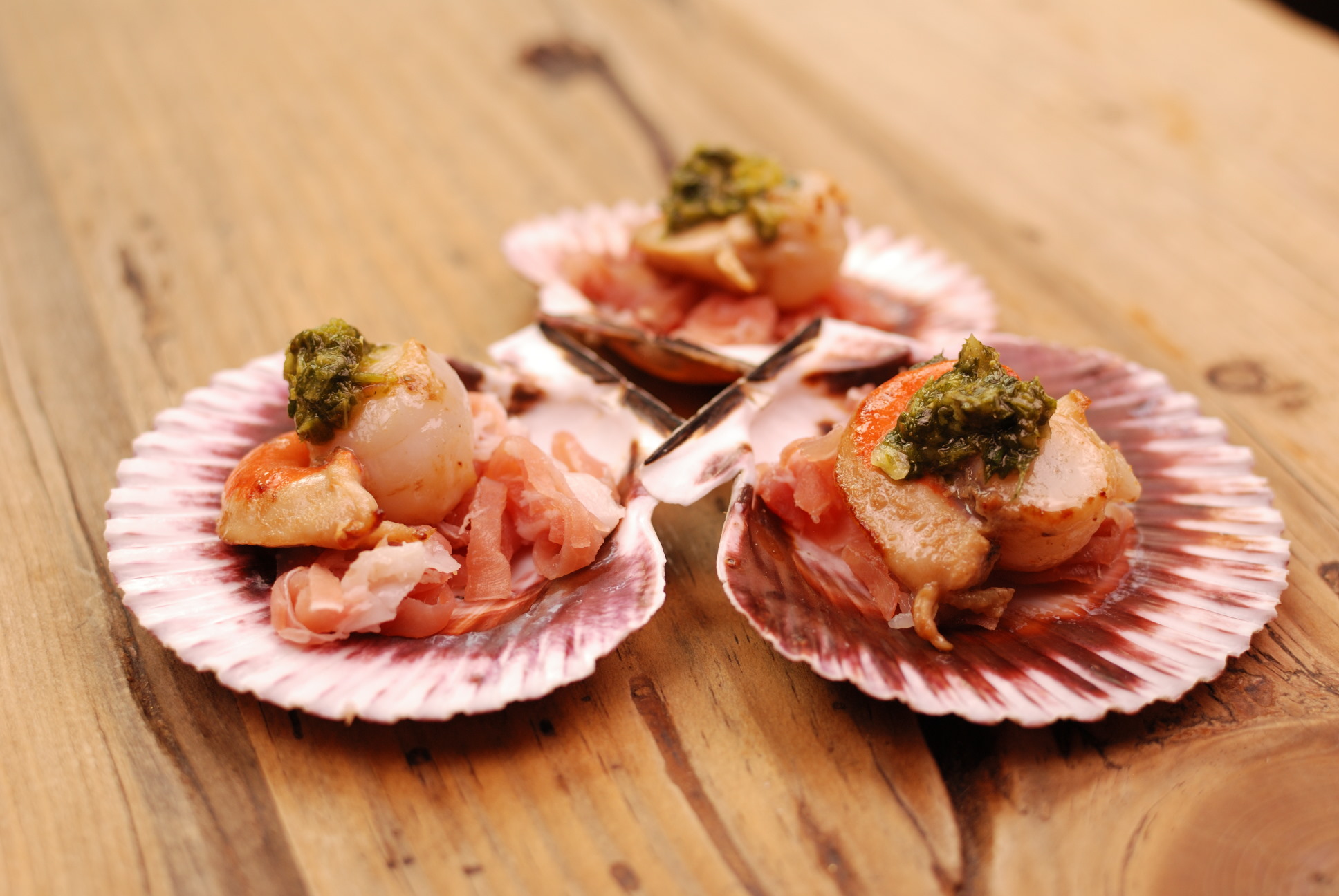 To begin with, some of the new bar snacks include almonds with paprika, slices of Salchichón, and a tapa of boquerones and red pepper on toasted bread (a Basque cuisine-flavoured lift from Spanish gastronomy). From my years teaching English as a foreign language in Spain, I’d say that the latter is like a posh tapa you’d get with your cañas (beer) in La Latina (Madrid’s Spinningfields) or Malasaña (the city’s Northern Quarter). It’s delicious and the acidity of the boquerones marries well with the red peppers.

So far, so Madrid, then, except that Smart hasn’t frisbee’d the plates onto the table yet. I can smell the lamb chops cooking in the open kitchen where Smart and fellow chef Moe Masoud are working their alchemy. “It’s great having the kitchen in the bar, you can see the customers’ reactions,” reflects Smart. “You get an honest response. Generally, it’s a smiling face, looking at another person, giving them the head nod. The big one is where they come to the kitchen glass and put a fiver or a tenner down and go, that was amazing.” 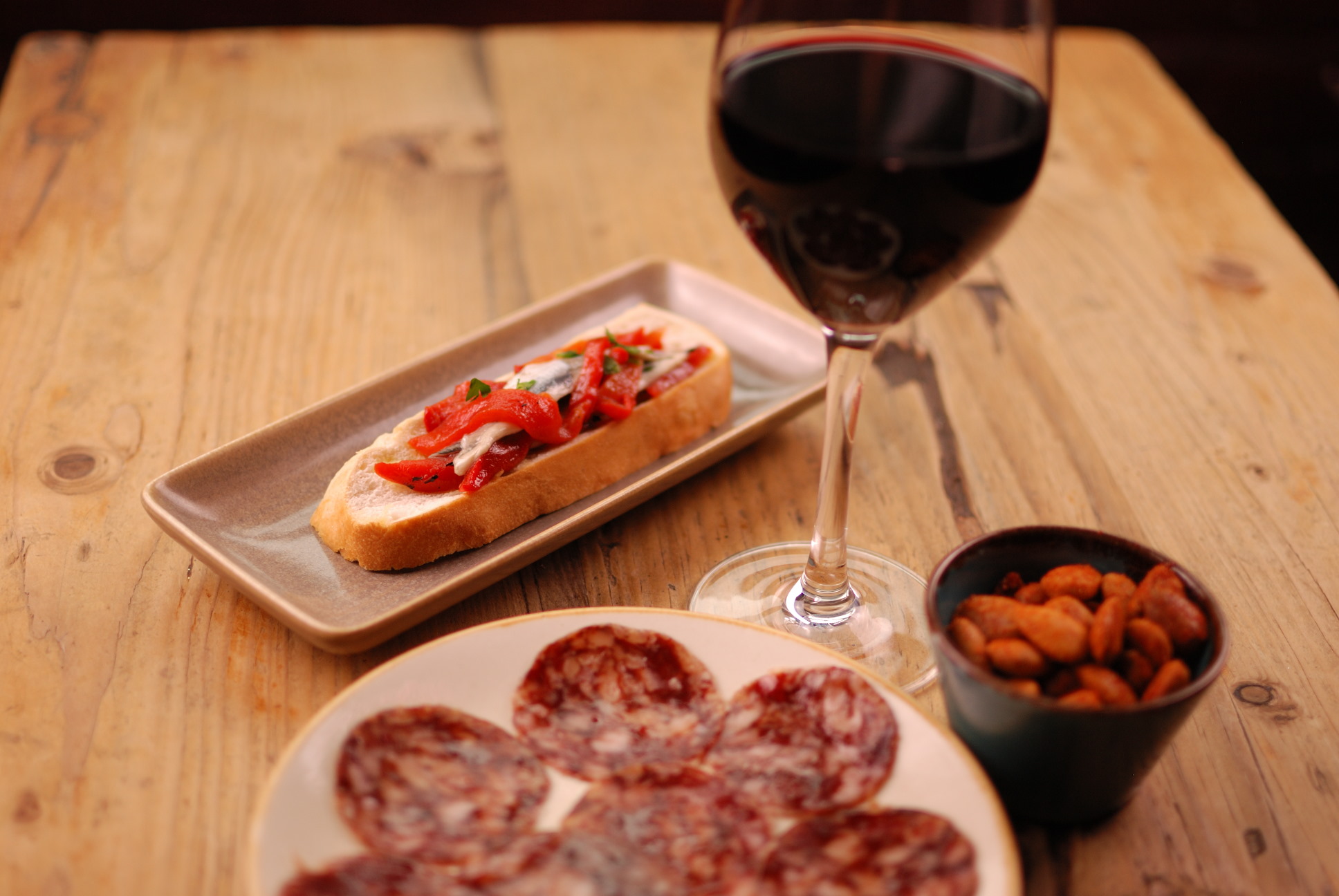 Moving on, the first tapa is a showstopper, a juicy scallop wedged into a scoop of North African chermoula, gentled settled on a bed of shredded Serrano ham. I ponder whether to quaff the lot, oyster-style, or pick it apart. I opt for the latter. It’s pretty impressive; the lemon and coriander chermoula cracks off the subtle flavour of the scallop while the Serrano ham is oily and gorgeous. Legs of Serrano ham are ubiquitous behind Spanish bars, of course, so it’s another nifty flash of the country.

Next up from the 18-item menu is halloumi and baba ghanoush. As Smart concedes: “It’s halloumi. At the end of the day, you can only do so much to it. We wanted to keep it simple.” That said, six of the tapas on the new menu are vegan. “The good thing is that even the meat-eater will try them. They’re not just [vegan] for the sake of it.”

Some vegan dishes, such as the mushroom croquetas, aubergine and courgette fritters and asparagus and tahini, have been honed at Smart’s Manchester home, mulled over by him and his partner, Jane Alflat. “After we finish a dish, I like to go over how we could have done it better. I do that with everything I cook, I think about little things I could have done better. If I’d done this to the flour, if I’d used this butter or these onions. She has a really good palate, that definitely helps.” 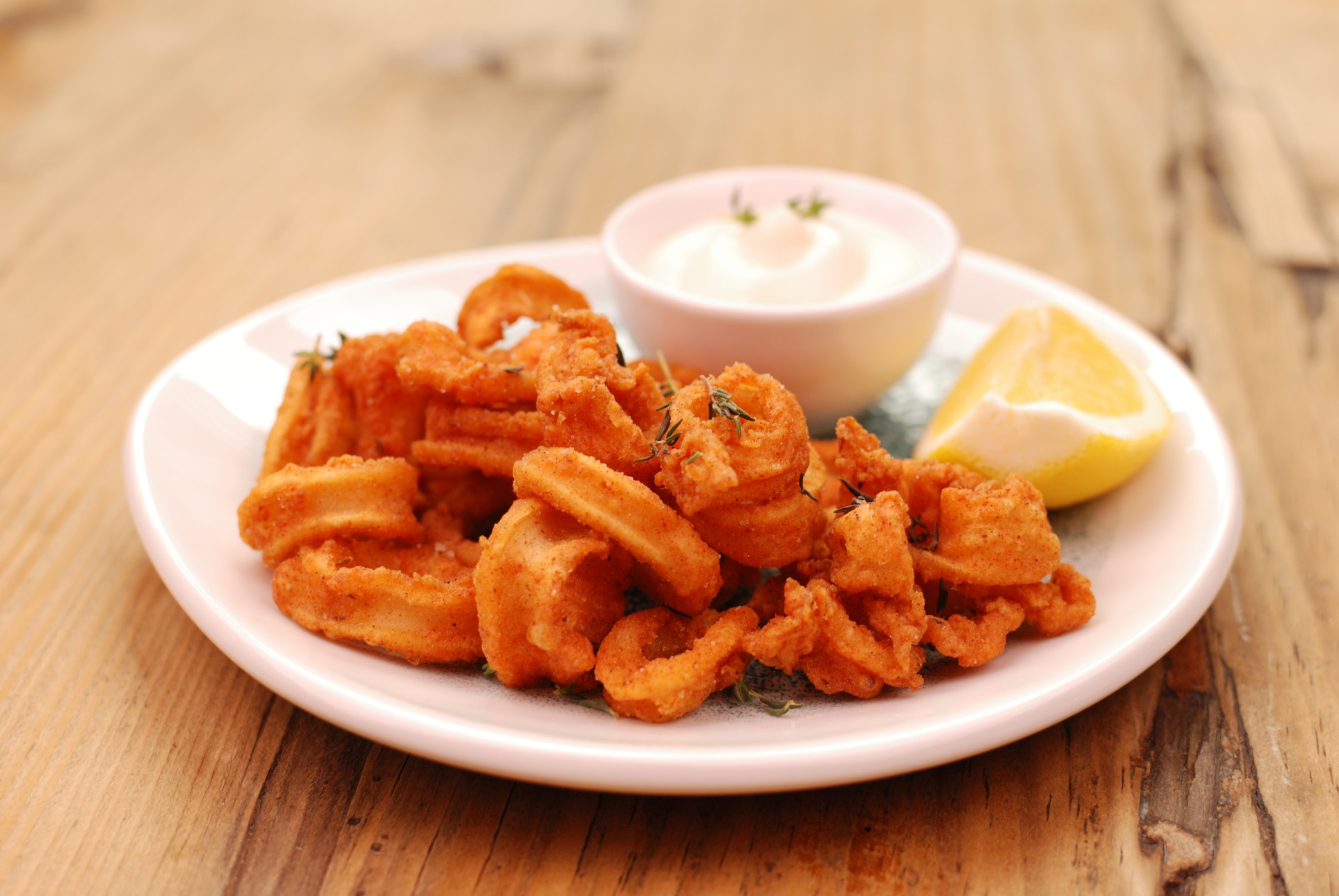 Back at The Molly House, the halloumi is mouth-watering while the pomegranate seeds in the baba ghanoush are like small sparks igniting. But the pièce de résistance is the battered calamari and vegan aioli. I adore calamari. It’s billed as ‘Al Nuevo’ and is something else.

The lamb chops, nosed earlier, are topped with a generous slather of Romesco sauce, and the artichoke and pea purée appear again in this dish as a bed for said chops. Chef Masoud, who is from Egypt, created this dish. It’s delicious. The almonds from the earlier bar snack reappear here, too.

Smart discovered the appeal of Spanish almonds while on holiday. “I went to Costa Brava and went to local places and got some insight. The almonds were amazing, they were so good, you’d think they were all the same, it’s just a nut, but there’s a huge difference with the Spanish ones, that’s what’s in the Romesco sauce.” Almondigas – an almond-flaked take on albondigas or meatballs – are also there for the ordering. 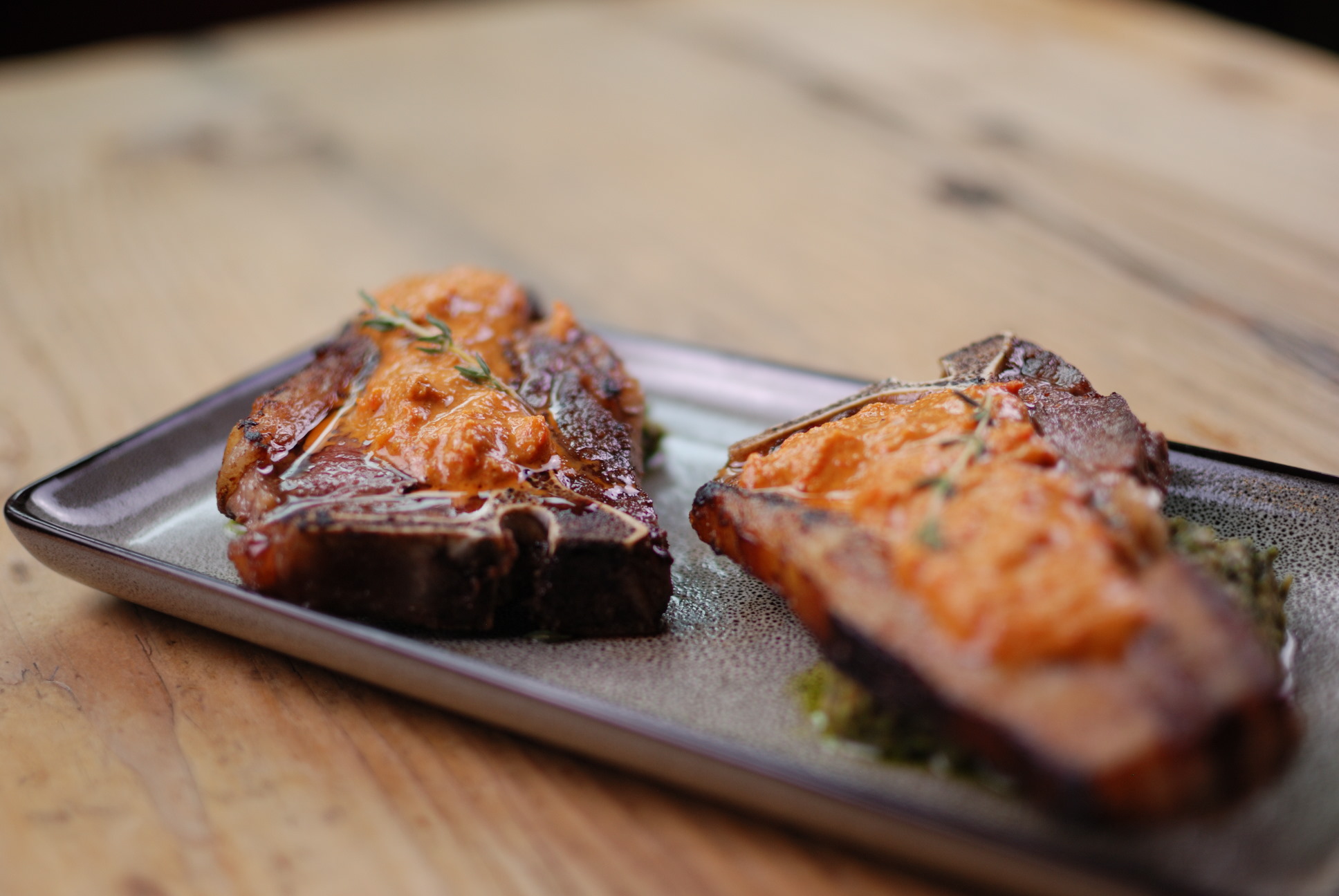 And they pick up the Spanish thread once again with jamón croquetas on a bed of artichoke and pea purée. Charlie Bueno Uya, the third chef (there’s no head chef at The Molly House), hails from Spain, and showed the team how to get them just right.

“Charlie is the one who showed me how to make croquetas correctly and they are phenomenal. He made them with his grandmother when he was little. The difference is down to him. We’ve added the pork stock, we take more time with the béchamel, and we use breadcrumbs now.”

They are superb, hot from the pan in the middle and the casing done to a slight crunch. I lived on them in Madrid and they’re fantastic with a shot of vermouth.

“The vermouths are nice [at The Molly House],” Smart says. “I was just a Carling person. I can pair wine with the food now. They’ve taken me under their wing. I’ve improved massively as a chef and as a person because of this place.” 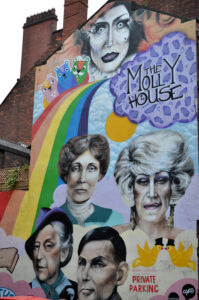