Chris Holmes September 7, 2022 Enterprise Comments Off on Football: Haaland and Man City look a little scary most of the time

With the Premier League season now fermenting nicely and the first European fixtures underway, it seems like an apt moment to make the sort of judgments which will come back to haunt me come Halloween, never mind May.

With nary a pause to consider the nuances of early season football, let’s crack on, starting with some happier campers at Old Trafford. 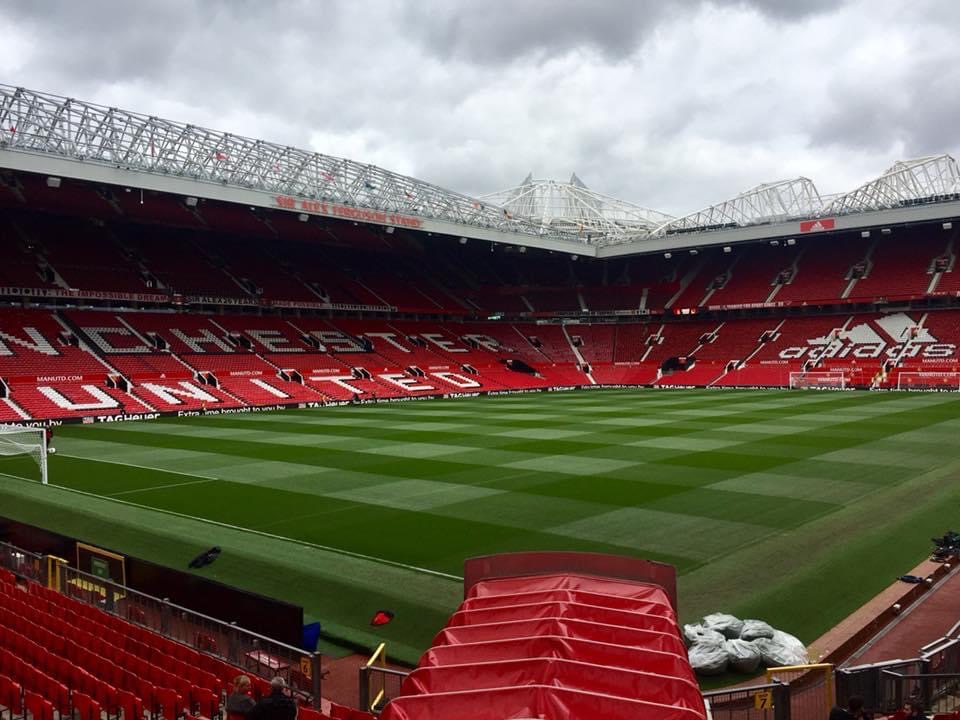 If we’re being sniffy, performances have often failed to match the score line for Man United this season. Indeed, viewers could be forgiven for thinking Super Sunday came from the Emirates the other weekend as Arsenal were sucker punched by a series of counter-attacking body blows.

Yet nobody at Old Trafford will give two hoots about that. As Lord Ferguson will attest, winning can become a habit, and Ten Hag must be chuffed to mint balls with the clinical nature of his side’s recent victories. Any new manager just needs to get points on the board while juggling attempts to implement his philosophy and style.

Of course, many observers will feel that we’ve been here before with United. Turning endless corners like a dog chasing its own tail. Ten Hag, though, has earned time to avoid such comparisons with his predecessors, squeezing a tune from a club who have succeeded in poisoning nearly all by association over recent seasons.

The Dutchman appears to have that air of authority needed to break the cycle. It’s no mean feat to exile Harry Maguire and The Ego to the bench, demanding they display a rictus grin while they’re at it.

But this is no pauper’s tale. United have desperately thrown a small fortune on the bonfire of cash which blazes obscenely in the last fortnight of the transfer window. For the neutral, this lavish spending has had a welcome twofold effect.

Firstly, we no longer have to endure the abbreviation McFred when describing the underwhelming and moribund axis of United’s midfield two. Secondly, and very predictably, the #GlazersOut clamour has faded to a low murmur, as is often the case when United turn their next corner. Sniffiness aside, the early signs are that Ten Hag might actually steer United off the roundabout of underachievement and give them genuine direction.

Seriously though, Rio Ferdinand needs to keep a lid on it this season. The entirety of Twitter and a thousand WhatsApp groups are just waiting for your latest overreaction, Rio. Careful now. 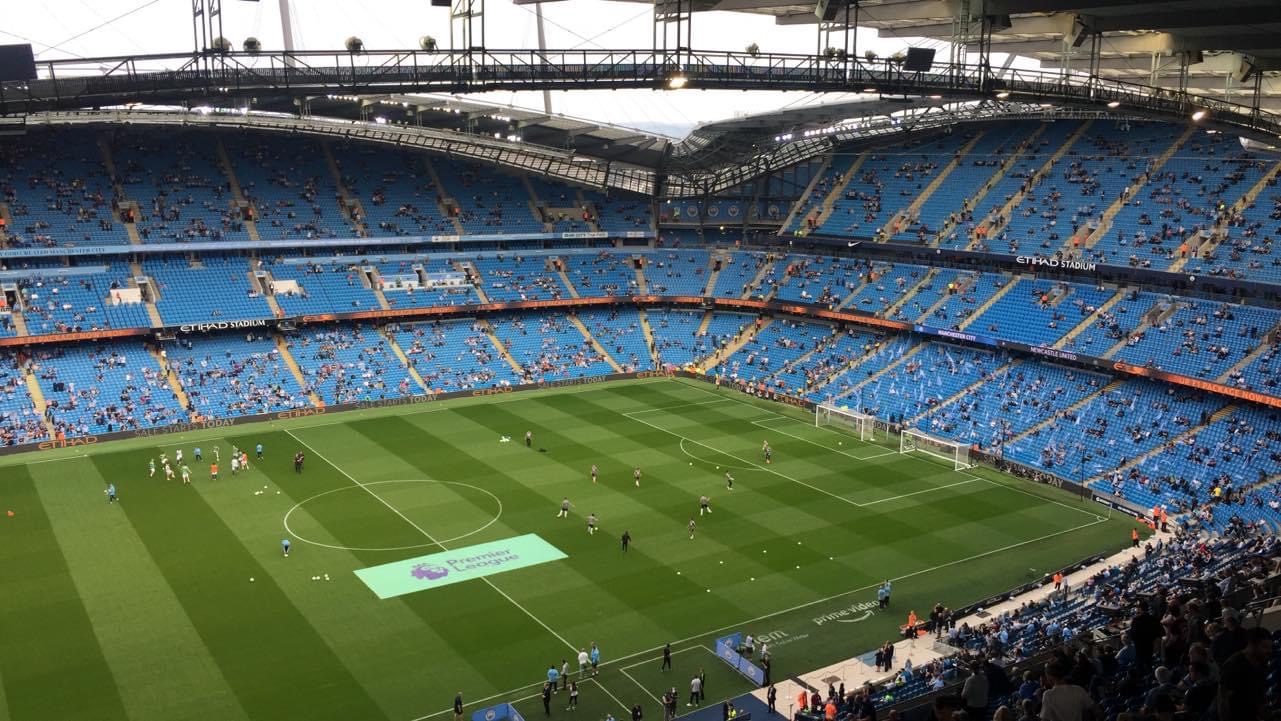 This edition of Inevitability Corner, sponsored by Manchester City for an undisclosed but record fee, is brought to you by Erling Haaland.

You know the one. He’s been quietly mentioned in some corners for being rather good at popping the ball in the net. So good in fact that he did it six times in consecutive halves recently.

He’s the one that stops you having to worry about your fantasy football captain selection. The one who is projected to score 256 goals this season as City continue their inexorable climb to yet another Premier League summit.

Haaland and Man City genuinely look a little scary most of the time. Such is their dominance that I often imagine relaxing whale music being piped into the City bench during matches as they stroll to another 3-0 with 80 per cent possession.

Now, your erstwhile football correspondent is something of a tactical genius, as my 2044 Football Manager career with Accrington Stanley will attest. And it seems to me that the best way to beat a Pep side is to introduce chaos to this calm serenity.

The Klopp template if you will, although that’s looking a little lacklustre at the moment (more on that later). Villa gave it a bloody good go during the final stages the other weekend, even managing to pull a draw out of Steven Gerard’s increasingly battered hat, but in truth you felt that Villa were as shocked as the rest of us.

Yet if any manager can engender that feeling of chaos, it’s Antonio Conte and his high-flying Spurs. Pep meanwhile, will have noted that Spurs often lack control in matches, something City excel at. Like many, I can’t shake the feeling that it will be Conte and the rest of the league needing some whale music come the next match. 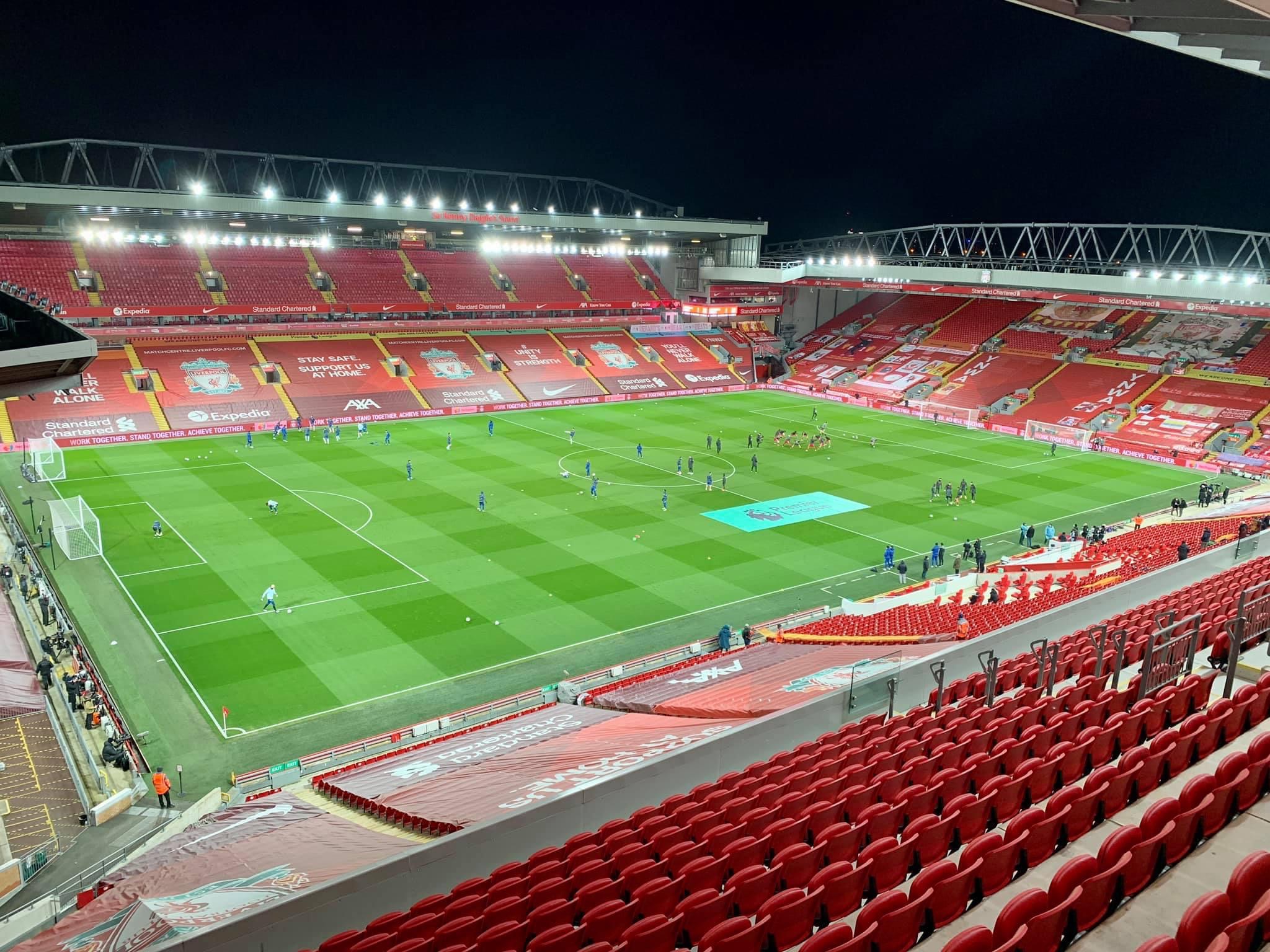 When I spoke of Liverpool’s engine room being prone to breakdown a few weeks ago, I had no idea the wheels and roof were also about to come off. It’s all been very reminiscent of the intro to bizarre early 80s cartoon, Aubrey (yes, I am that old).

Granted a lot of players have picked up nasty knocks already this season, with Jurgen Klopp likening the Red’s injury crisis to having “a witch in the building”. Yet, in truth, I think a quote from that wise sage Indiana Jones is equally apt: “It’s not the years honey, but the mileage.”

This is a team that played every available game last season and has spent too many years operating at 100 per cent while still falling agonisingly short to a monstrous Man City side. Even for so-called mentality monsters, that’s going to tell eventually.

Alexander-Arnold and Robertson, two vital cogs in the machine at fullback, have struggled to maintain form and discipline, while Nunez abandoned any concept of restraint when nutting Palace centre half Joachim Anderson to garner a three-match ban.

With Salah’s pre-contract dip in form proving harder to pull out of than he might have imagined when signing for megabucks and Van Dijk suffering a previously unimaginable funk of his own, this Liverpool side have too often been constipated up front, but loose at the back.

Bournemouth shellacking aside, the team has suffered a collective dip in performance which has seen the worst start to a season under Klopp by some margin. With Henderson twanging his hamstring just before transfer deadline day, Liverpool made United look the epitome of forward planning with the loan signing of midfielder Arthur Melo, snatching him at the eleventh hour from a grateful Juventus.

He may prove to be an astute piece of business, but the last time Liverpool were forced to dip into the loan market, the team was really struggling for numbers, which gives some indication of their current midfield woes.

With Ten Hag seeing some clear road at United, Haaland scoring 20 goals a week, and a mini renaissance in North London, Liverpool have picked a fine time for their legs and heads to go. 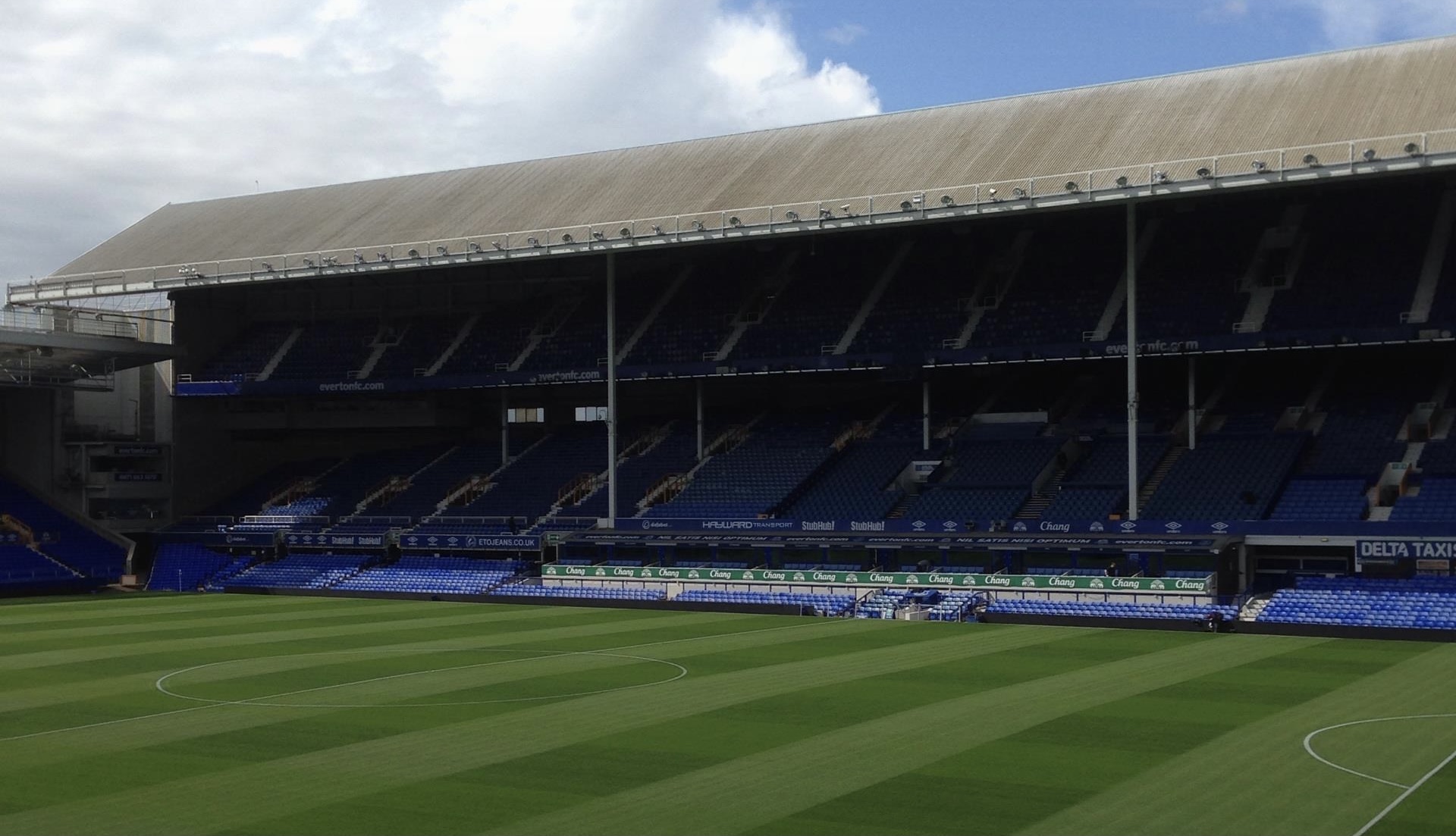 A Merseyside derby is no game to hang your hat on. More than most, this fixture has a tendency to descend into the gutter at a moment’s notice.

However, last weekend’s 0-0 has punctuated an encouraging run of four draws for Everton, as Frank Lampard forms a much more solid unit with new centre-halves Tarkowski and Coady at its heart.

Leadership at the back has also given the previously screwball Pickford a new verve in goal at an opportune moment ahead of England’s winter odyssey in Qatar.

A more solid defence for the blues is now complimented by a potential cult figure in £33.5 million midfield signing Amadou Onana and a genuine pain in the arse up front in Neal Maupay, who won’t be troubling the golden boot rankings but will certainly cause plenty of backlines a headache, sometimes literally, this season.

I’m still not convinced Anthony Gordon is a £60 million player, although using Chelsea’s recent transfer mania as a valuation tool is both folly and pointless. He’s certainly provided a boost to the blues by staying put, although you get the feeling if the guy can stay on his feet for long enough, he’s edging into enjoy him while you can territory for Evertonians.

All in all there’s no doubt this season’s Everton are proving much stouter opposition, with enough guile up front to edge the odd close encounter.

Lampard may not have shopped at Harrods this summer, but he’s certainly moved on from the Pound Shop. Now to get some wins on the board. An angry Arsenal away may prove a step too far, but West Ham at home should prove an important yard stick for the manager and his new-look side.

I’ll buy that for a dollar

As well as being a tactical genius, your modest football correspondent also considers himself something of a fantasy football guru. The fact nobody else would agree is neither here nor there.

So here’s a question for you. Who is currently the top scoring fantasy football player plying his trade for a Northern team? If you said Leeds United’s Rodrigo, you win a cookie.

Don’t worry, I’ll eat it for you after bringing Rodrigo into my starting 11 in week two. Of course, pride comes before a fall and Rodrigo did exactly that a couple of weeks ago, banging up his shoulder in the process and leaving me with an unwanted transfer conundrum. Selfish.

Maybe referee Robert Jones was also having a bad fantasy football day at the weekend when he sent Leeds manager Jesse Marsch off for simply saying “that’s a penalty” when VAR decided otherwise.

It was one of a litany of bizarre officiating decisions which swept across the Premier League at the weekend, although given Leeds’ eventual 5-2 capitulation to Brentford, Marsch may have been glad of the opportunity to storm off down the tunnel and watch the remainder of the match from between his fingers. Something the VAR operators of Stockley Park seem to do on a disturbingly regular basis.

Isak leaves fans in a haze 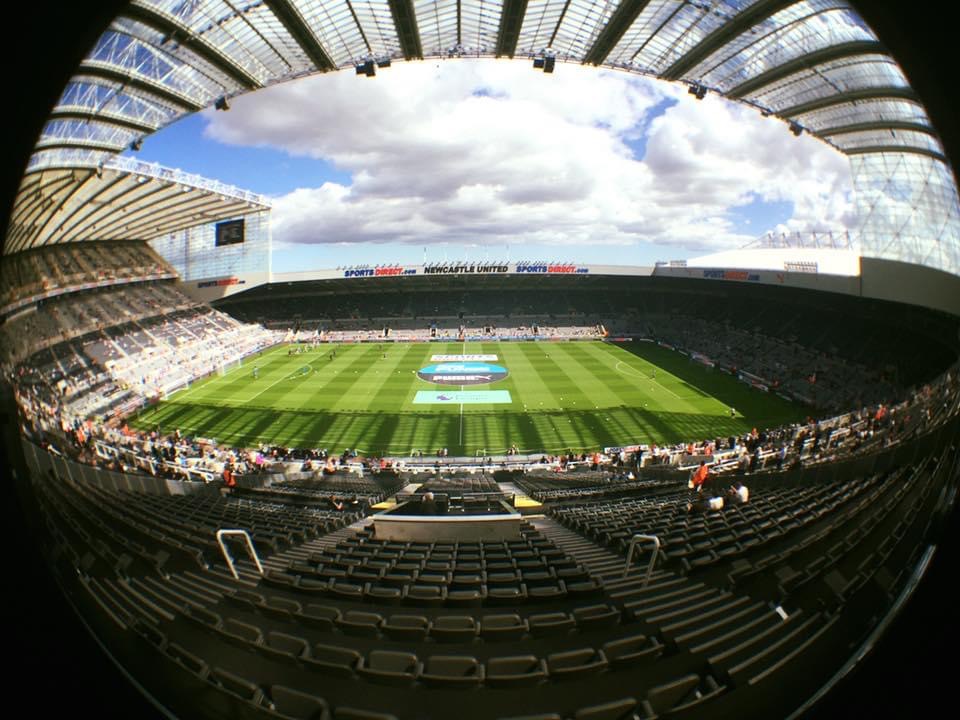 Speaking of fantasy football, have Newcastle finally snagged themselves a proper centre-forward? Who knows, but it certainly makes for the most convoluted pun title this side of The Sun.

It’s early days for Alexander Isak, but this is the sort of signing that Newcastle fans can really get their teeth into. Scoring on your debut at Anfield is a good place to start, and it would (should) have been two if not for a stray knee hair ruling him offside after a VAR check.

The impressive striker could also have opened the scoring in the frustrating draw with Palace if he hadn’t been a little too cute with the finish after some excellent closing down to create the opportunity. More goals will come though, no doubt.

Isak and his teammates are registering the highest rate of shots on target per match since Bobby Robson’s side of 2002-03. Does that make Isak the spiritual successor to Alan Shearer? Let’s not get ahead of ourselves. He’s less boring for a start.

But don’t be surprised if Newcastle string together a series of wins recent performances have deserved, especially when key players return from injury. It may be a little soon for a concerted push on the European places this season, but Newcastle are building something which has fans hearkening back to Sir Bobby and the bonkers days of Kevin Keegan.

Unlike big Kev though, cool as a cucumber Eddie Howe may just be the perfect manager to keep a lid on the inevitable hullaballoo surrounding the Richest Club in the World ™.