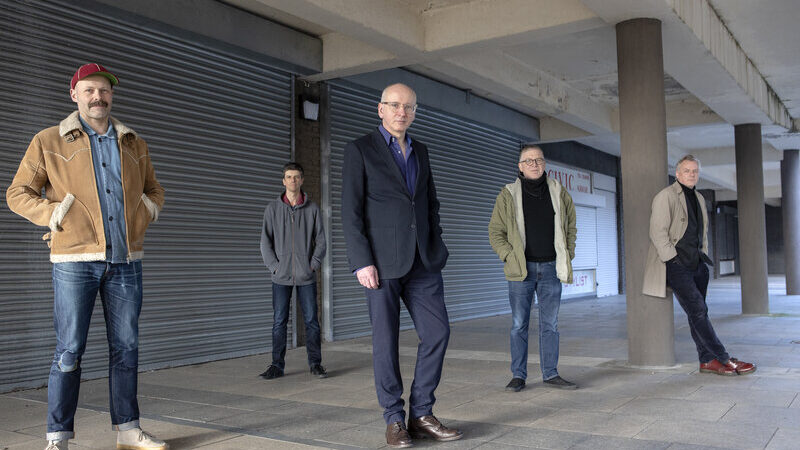 As I prepare to interview Raymond McGinley, I make a mental note not to mention anything about my being a die-hard Teenage Fanclub fan.

I mean, it would be unprofessional, wouldn’t it? Blurting out my 30-year love affair with the Scottish band, having seen them play live numerous times and owning every album they’ve released. Yes. Extremely unprofessional.

But, less than five minutes into the interview, I’m reminiscing about the time I saw them in a little club in Edinburgh back in the 1990s, waxing lyrical about Grand Prix “one of my top 10 favourite albums of all time” and lamenting that I can’t get to see them on their upcoming tour. All this was met with courteous “oohs” and “aahs” from a slightly bemused McGinley.

However, we’re here to talk about the band’s recent album, Endless Arcade (McGinley wrote the eponymous title track) and its tour, which kicked off in Manchester this week.

“We’re pretty pleased with the album,” says McGinley, which was completed just before the first lockdown. “It was me and Norman writing the songs, which was great.”

Following the departure of co-founding member Gerard Love in 2018 (the band originally formed in 1989), McGinley now shares the songwriting with Norman Blake. McGinley also admits to having “no conceptualisation” when writing. 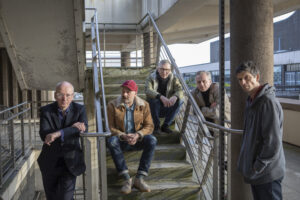 “You meet people, and they ask about my songwriting procedures, you know, planning, pondering life and all that, but, honestly, that just doesn’t happen with me. I might have some ideas, but usually you’ll find me sitting with my guitar and I’ll get words in my head that I like, and I think, ‘yeah, I like that, let’s find something to rhyme with it’. It’s really as simple as that.”

McGinley notes that, individually, each member of the band does things their own way, which is a system that has been proven to work. “Although I have discovered, and it’s taken me a long time to do so, that I work best with a deadline. Not that I will plan and use time management to its best, but that I’ll procrastinate for weeks, months until the deadline is half an hour away. Then I’m like, whoosh, I can do anything and everything in those 30 minutes.” 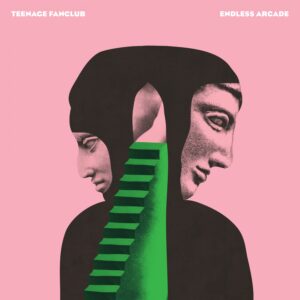 He adds: “I’m glad I’ve discovered that, it makes it a lot less stressful, and I don’t beat myself up about it anymore.”

Listen to any Teenage Fanclub song and it will always be acoustically beautiful, made recognisable by the distinctly harmony-rich, mellow and sensatory riffs, and heartfelt lyrics. Endless Arcade promises to be another masterpiece. There is nothing quite like a Teenage Fanclub album (and this is their 11th) to assuage the mind, body and soul. You could even go so far as to say that their music reaffirms that all is not lost in this world. But McGinley is keen to point out that the band doesn’t coast on its back catalogue.

“We write and work together the same way that we’ve always done,” he explains. “But we’ve tried to free ourselves of the back idea, if that makes sense? Of course, the music will be kind of different from the stuff we wrote 30-odd years ago. We’re older and stuff has happened. But, and I think I can say this for the rest of the band too, we love what we do. If we didn’t, we wouldn’t do it.”

He continues: “When we make records, we’re not thinking ‘will our fans/listeners love this?’ We’re more focused on our ideas and what we are doing. It’s more about doing it for ourselves and I think that’s important.” 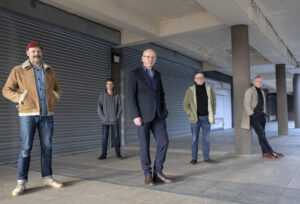 Endless Arcade sits perfectly alongside recent albums such as Shadows and Here, reflecting, as McGinley pointed out, the band’s stage in life and state of mind.

“I think of an Endless Arcade as a city you wander through with a sense of mystery, an imaginary one that goes on forever and, when it came to choosing an album title, it seemed to have something for this collection of songs…Fortunately, the album was virtually completed by the time lockdown happened, apart from the odd tweaking here and there.”

“We’re really looking forward to touring again. I love touring. I love being constantly on the move, from one town to the next. Even though it means you often see the town or city you’ve played from the rear tour bus window as you leave. But I find it exciting to head to another place day after day.”

However, having always lived in his home city of Glasgow, McGinley also clearly loves being at home.