There can’t be too many things that link Alan Bennett, Peter Gabriel and Charles Bronson (the violent jailbird one). But if nothing else, they have all provided a degree of inspiration for comic characters by Simon Day. He’s currently touring a new live show, In Character, which arrives at The Lowry in Salford on October 8.

Day is adamant that appearing in different guises, rather than himself, is what suits him best. Speaking to Northern Soul, he says: “People always say ‘oh, do it as yourself’. Actually, I have done it as myself and it was OK. I started out doing stand-up on my own, so I’m kind of returning to it really. I mean, it took me a while to be half-decent. It is quite weird when you’re used to doing all those characters and then you go on a chat show and you’re actually quite nervous. Character comedians are generally happier in their characters, I think. I used to get really nervous doing gigs, but I’m really enjoying doing these.”

Day first came to public attention as a member of the Fast Show team in the mid-90s, starring in a host of regular sketches as the likes of pub irritant Billy Bleach, ‘Competitive Dad’, music hall veteran Tommy Cockles and Australian TV host Carl Hooper. Before that, he’d worked with a number of other comedians, not least Vic and Bob. Memorably, he managed to weird out the audience during the riotous live tour of Vic Reeves’ Big Night Out, in itself no mean feat.

Day’s current live show sees him appearing as four different characters in all-new material. He says: “I’m doing Billy Bleach from The Fast Show and I can kind of say stuff that I actually want to say in that guise. His persona on stage feels very easy. He was arrested in a sting operation by Greenwich Council for making 170 sexist remarks in the pub while one of his mates wore a wire but he’ll be talking about how he’s changed.”

Also featured is the Bennett-esque Yorkshire poet character Geoffrey Allerton, who will be reading some of his sensitive contemporary verse, as well as none-more-hard ex-con Tony Beckton. “Tony’s spent 30 years in prison and is now out and talking about his experiences. I quite like this doing tour because it’s quite a challenge. I mean, Tony Beckton’s quite a dark character. I wasn’t sure whether it would work. He’s basically talking about quite serious, dark things, going out with women who are also going out with people on death row, stuff like that. Actually, people seem to love that. Then the show finishes off with Brian Pern. Who’s not dead, obviously.” 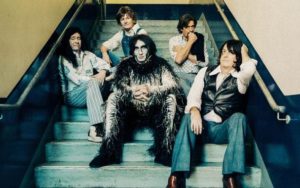 In more recent times, Day has had great success as Pern, ex-singer of fictitious yet highly convincing prog rock outfit Thotch, now an eccentric and unprolific solo artist. After three series on BBC Four, a recent TV special broke the news that Pern had in fact died. Day says: “We had the idea years ago to do a spoof documentary about when he dies and all the ex-wives and the fighting over his money, stuff like that. But the BBC were like ‘ooh, no’. Then, of course, when everyone started dying last year, the BBC said, ‘oh yeah, why don’t you do that?’. It was a great epitaph for him, a good way for him to go out.” In the event, though, it seems Pern is still alive and kicking. As Day explains, “I do have a little chat about that in the show. It was just a tax dodge – he was forced into doing it by his terrible manager. He’ll be taking all about his career. I’ve got a guitarist for some of the gigs. Brian’s quite quiet and introspective as a person, so to do him live you’ve got to give him something a bit more to do.”

For the Brian Pern character, Day collaborated with writer/director Rhys Thomas, initially for a series of online sketches for the BBC back in 2009. Day and Thomas were inspired by their shared love of former Genesis frontman Peter Gabriel, who has contributed a fair amount of DNA to Pern. “There’s bits of everyone in it, really. We’ve just gone through and picked out different parts. I mean, I wasn’t really a Genesis fan. Rhys is, but I was always more of a fan of Peter Gabriel’s solo stuff. I just love his voice.”

The original sketches took the form of video updates for ‘Pernclub’, where Brian Pern would directly address his online subscribers. “Basically, the gag was that he didn’t seem to want to be doing it. Rhys trawls the internet and finds all this stuff, and he started showing me a thing called ‘The Full Moon Club’. It was Peter Gabriel doing these little talks. It just seemed like they’d gone, ‘come on, you’ve got to do this now, Peter’. And he was like [stilted] ‘Hello. I am here’. He was always in some weird Scandinavian concert hall with a really expensive lighting rig being put up. He’d just be really embarrassed, doing these slightly awkward jokes”.

At first, Day was less convinced of the new character’s potential than Thomas. “Rhys was like, ‘oh, you’ve got to do it’, and I said, ‘it’s not funny enough, he’s just really quiet’. Fair play to him, Rhys was right. He pushed it through. I was like ‘oh, I don’t know – is it funny?’. He said ‘yes, it’s funny, it works’.” 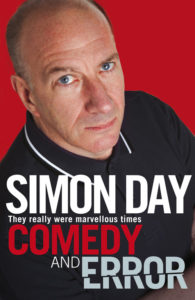 Sure enough, Pern developed into one of the great comic characters of our times. He was given his own BBC Four series where Day and Thomas could flex their gift for verisimilitude, creating a whole alternative history of rock around Pern while sketching in the details of his career. The regular cast included Michael Kitchen as Pern’s aforementioned conniving manager, Paul Whitehouse and Nigel Havers as fellow ex-members of Thotch, and a fantastic turn by Christopher Eccleston as a sweary uber-Mancunian record producer. There were even a few silent cameos by Peter Gabriel himself, who proved to be a very good sport about the whole thing.

“Oh, he’s been brilliant,” Day says. “I mean, it was terrifying when I first met him, because I just felt a bit awkward doing it. I’ve never copied another person before. I’ve always done my own characters, so meeting him was a bit embarrassing. And he’s just such a nice, intelligent bloke. Of course, he isn’t like that character, who’s very pious. He’s got a great sense of humour.”

Day might prefer not to appear as himself on stage, but he certainly wore his heart on his sleeve when writing his 2011 memoir Comedy and Error. Unjustly neglected at the time, it’s a superior take on the celebrity autobiography, a world away from the usual barrage of frothy showbiz anecdotes. Day’s pre-fame years were troubled, punctuated by periods in borstal or living homeless. Then, once he’d made it, he struggled with drug addiction and his career zig-zagged alarmingly until he encountered the calming influence of his now wife, Ruth. Throughout, for all the drama, Comedy and Error manages to remain a hugely funny book.

Day says that writing in such a searingly candid way was always the plan. “I just thought, ‘well, if I’m going to do it…’. I was kind of like, ‘do I really want to do this?’. But it was that classic thing: it was a big lump of money and when you’ve got kids, you can’t really turn anything down.” Other celebrity memoirs he bought for research left him cold, though. “I read a couple by comedians who I know and I was just like, ‘but that’s not you’. I wanted to talk about the baser emotions of wanting to be famous, all the sort of things that those other books never do. They’re always like, ‘it was really great, we had a wonderful time and suddenly I was famous’. And it’s not really like that. Particularly with comedians, there’s a lot of pain and anguish, wanting to get on. I wanted to get that out.” 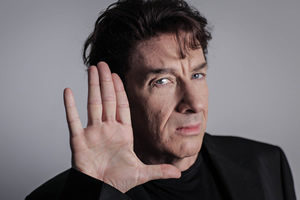 Comedy and Error won many admirers, but didn’t exactly prove to be a bestseller. “People who read it love it and then they pass it on to people. You either get it or you don’t. But it didn’t sell at all. The publishers were disappointed, I think. They thought they were going to have a Russell Brand-style sort of success, but it just didn’t get reviews. When you write a book, you just want people to enjoy it. But the great thing is, it’s still there. You can still buy it and people are still passing it on.”

These days, Day finds that audiences for his live shows tend to fall into two categories – old-school Fast Show fans or Brian Pern buffs. “It’s weird, but there’s definitely been some gigs where there’s been people there who don’t seem to know who Brian Pern is. You do that, and then the next gig is full of Brian Pern fans. There’s definitely two camps.”

One major advantage of doing a live tour, though, is that it’s much less constricting than making a TV show.

“Having done three series on BBC Four, you really can’t say a lot of things. They’re so terrified of you saying anything. So, it’s quite nice to be able to say whatever I want – to make up something that day and just go out and say it.” 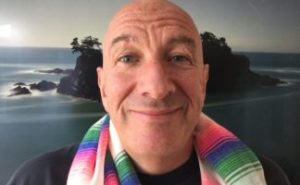 Simon Day: In Character is currently touring the UK and reaches The Lowry in Salford on October 8, 2017. For tickets, click here.