It’s been 15 years since an intriguing noise lulled soothingly out of my radio. It prompted me to obsessively listen to said radio until said song was played again and I could put a name to the tune (yes, back in those days, you had to rely on the DJ to do their job properly and tell you who the bloody artist was, none of this Shazam business). The song was Underdog (Save Me) by a new band called Turin Brakes. I swiftly devoured the track and battered the album The Optimist LP to within an inch of its life for years to come.

Fast forward to 2016 and I’m about to have a good old natter with the lead singer of Turin Brakes, Olly Knights. How the bloody hell did that happen, I wonder? Will I be able to keep my inner teenage fangirl in check?

Seven albums after their debut with The Optimist LP, Turin Brakes’ latest album, Lost Property, delivers a different, more confident sound which still manages to convey the unique Turin Brakes charm that long-term fans reet love. It sounds fresh, relevant and, after 17 years of music-making under their belts, they seem to have hit a pleasant stride which hasn’t gone unnoticed by the band.

“There was a different energy about this record,” Knights admits. “It was very natural and I think it’s because the band has a different feeling inside of it now. We’ve been through it all really, we’ve seen so much as a band that I think you get to that point where you think ‘Hey, you know what, we’re survivors’, we’re still here, we’re still making records that we believe in. That kind of feeds back on itself and allows you to take a slightly bolder step that maybe ten years ago we wouldn’t have done. We’d have been like ‘Oooh what are people gonna think?’”

It’s rare for a band still be together after 17 years, let alone consistently produce multiple solid albums. For some bands, the passage of time can be the killer, but for Turin Brakes it seems to be their secret weapon.

Knights says: “Now we’re not as worried about things, if we make some sort of terrible mistake and everybody hates it, we’ll probably survive, because actually it’s not as big as you think it is in your mind. That kind of thinking only really comes with a bit of time and experience. I think that’s why the record sounds the way it does.”

With my admission that the The Optimist was the soundtrack to my youth and continues to get a good hammering (did I say I wanted to keep my inner fangirl in check?), I have to ask this: many long-time and new-found fans have a special fondness for the debut album, is that true of the band too?

“The Optimist stuff we still love, we’re fans of it as well. We can see that it was special. We’re not unable to see that. The early Turin Brakes stuff, we still feel is like gold dust. It’s really special. It was just lucky moments really, it just came out and it came out in this really appealing, lovely way that just worked.”

But as with so many bands, the road to following up a stonking debut doesn’t always run smoothly. 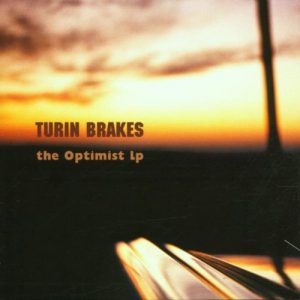 “There’s other times after The Optimist where we hit those classically difficult times of going ‘Well now what do we do?’ We’ve sort of done this perfect first record that everyone seems to love, do we want to carry on? Maybe we should just stop? We’re never going to beat that. And the truth is, we haven’t beaten it in terms of the way the world looks at it. I don’t think we’ll ever be able to better that first record. But you kind of realise that actually, maybe that’s not the point. After a long time of doing it, you realise that it doesn’t matter if you beat it or not, the point is to just keep putting out things that you are really feeling, 100 per cent.”

This sense of confidence and commitment to music transcends beyond the studio. As anyone who has seen Turin Brakes perform live will concur, their gigs are a surprisingly zealous affair. The robotic repetition other artists can fall into as they relentlessly tour their offerings is something the band consciously steers away from in live performances.

“We used to talk about that right at the beginning of Turin Brakes and use that as an example of what we shouldn’t be like as a band,” Knights says, “We make sure that somehow, the set feels like it’s being invented there and then and the music is an event rather than a rehearsal or a show. A kind of musical happening.”

How do you manage that every single gig?

“We do loads of tiny things in a set, even if we’re playing the exact set as the night before,” he enthuses. “One of us or all of us always injects like a tiny, almost subliminal idea, that the other band members pick up on. So I’ll always play with the vocal melody and always challenge myself to find a slightly different route with the melodies and different rhythms and then I know that Ed, our bass player, will pick up on it and I feel his energy go up when I do.”

Ah, the voice. When I first heard Knights sing, I couldn’t place where on earth the band was from. I’ve always been intrigued by those lucky people who can sing and have an other-worldliness about their voice. How do you discover an ability like that? Crass though it may sound, does it just come out like that?

“It’s more or less my natural voice. I tailor it. I don’t tailor it like it’s one big idea, what I do is I tailor it to every song slightly. With every song, I have an instinct about how I should sing it, how I should shape the words. My voice is a weird combination of growing up singing along to Stevie Wonder and Joni Mitchell. Those two artists, my parents had tons of their records and I used to just love singing along to both of them and so when I listen to my voice, I can hear it. There’s this soul-y essence to it and there’s also this kind of almost feminine essence going on. To me, it’s like I must have picked it up from those two people when I was young.”

Having swotted up on additional Turin Brakes trivia ahead of our chat, I can’t resist asking Knights about a curious extracurricular activity of the band – songwriting with boy-band-gone-man-band Take That.

“It’s funny, the Take That thing, that was as crazy for us as it sounds. That was like ‘What the hell? We’re this little indie band, what are we doing writing for Take That? That’s never going to work.’ But what we found was that actually, it’s just music, even though it’s Gary Barlow sitting there in the room. He got down and dirty with us on the tune and it sounded amazing. He’s a brilliant piano player and it sounded wicked and it didn’t sound anything like Take That. But when you break it right back down, to the basics, to the music, it’s virtually the same. It’s just a language that everyone talks.” 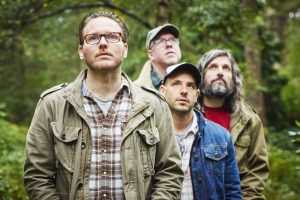 “I think what that taught me, and what most songwriting sessions – and we do a fair amount these days – teach me, is that music is a language that everyone uses and you can dress it up in different ways and present it in different ways. But the truth is, most of us are writing pop, one way or another. It’s all about hooks, it’s about appealing to people, it’s about quickly transferring an idea to people as quickly as possible and in a lovely way that makes people happy. That’s pop.

“It’s been a good thing, us doing all this all this writing and also, it teaches us that, you know what, you can invent songs from nothing, it never dries up. You can just pick up a guitar and you can invent a new song. There’s always a future in it.”

So with an everlasting ability to make music forever and ever, what does the future hold for Turin Brakes? Another 15 years of jolly tune making?

“Ah man! You know I stopped thinking stuff like that a while ago because I realised that especially when you’re in a band this long, I really like the feeling I get from saying it might all be over tomorrow. It’s slightly dicing with death when you do say it but it’s a good thing to say it because it really might. But the intention is stronger than ever. So if that’s enough, in the intention of doing that, then you know, we’re always one album ahead in our minds so we’re already thinking of the next one. Fingers crossed that will carry on for a good few years and we won’t have to get real jobs.”

A reassuring final thought from a thoroughly lovely chap. 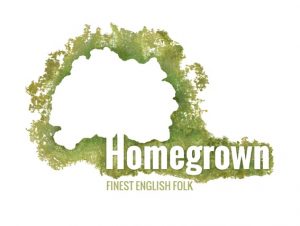 Turin Brakes new album, Lost Property, is out now and the band will be heading up the Homegrown Festival in Bury in October. For more information about the festival and to buy tickets, head to themet.biz/homegrown