Invisible Cities: the homeless become walking tour guides of their own streets

Marc McGarraghy July 20, 2019 Enterprise Comments Off on Invisible Cities: the homeless become walking tour guides of their own streets 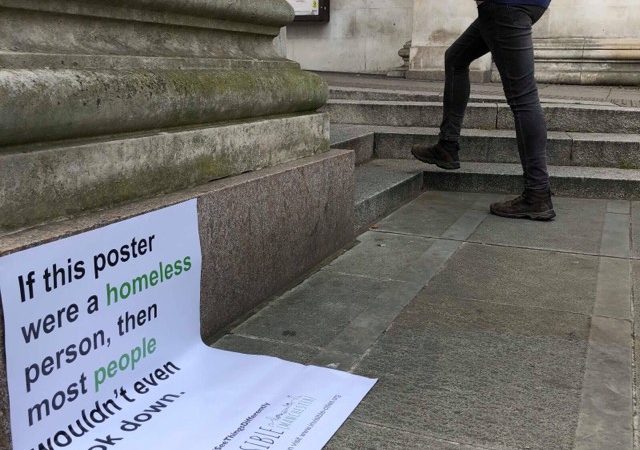 “Coming on a tour is a unique way to experience a city, encouraging people to open their eyes and ears, to see the city in a different way,” says Alice Sparks, who created and runs Invisible (Manchester).

Manchester is one of four (soon to be five) UK cities benefiting from the social enterprise called Invisible Cities. It’s an amazing idea. In essence, it trains people affected by homelessness to become walking tour guides of their own cities, offering personally created alternative tours to tourists and locals alike.

“The idea is to break down negative stereotypes surrounding homelessness and show that these people have interests, passions, potential and a story to tell,” says Sparks. “And share transferable skills such as networking, researching, and public speaking to help expand their horizons and as a potential stepping stone to going back into the workplace”.

The founder of Invisible Cities, Zakia Moulaoui, was inspired while volunteering on the Greek islands during the refugee crisis. She came across an initiative where locals showed new arrivals around the islands, including an audio guided tour allowing them to meet the narrator at the end. Moulaoui saw the potential to link this approach into work she’d been doing at the Homeless World Cup Foundation and, in 2016, she founded Invisible Cities in Edinburgh. Since then, Manchester, Glasgow and York have created teams. There are plans to replicate the model elsewhere in the UK and link into similar but independently run initiatives in Europe such as Berlin, Barcelona, Athens, Zagreb and Vienna as part of an International Homelessness Tours Society.

So, how did Sparks get involved? “I’d been working in Rwanda and East Africa in consultancy with a small art social enterprise there which was headquartered in Edinburgh. While travelling back and forth I saw Zakia’s work in progress and expressed an interest in setting up something similar in Manchester. She agreed and suddenly, alongside studying to take a degree in Politics and Modern History at Manchester University, I had to think about how I was going to establish myself within the homeless and cultural communities in Manchester.” 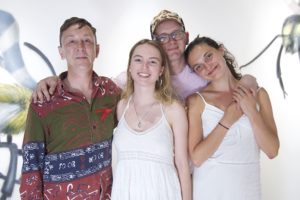 Initially, progress was slow and making connections was difficult. Setting this up on her own, in a city she’s adopted but with communities that didn’t know her, alongside a general lack of faith that she’d see it through, was tricky. Her noticeably non-Mancunian accent, allied to a perception that students are inspired to start projects like these but tend to move on, led to her being challenged during a radio interview as “just another posh student [with a pet project]”. But Sparks knew she had to “get out there, meet people and build up trust”. It was from one of these initial meetings with The Booth Centre, an independent charity providing food and support for the homeless, that Invisible Manchester’s first tour guide, Danny, was recommended as someone who might want to take part. He has since gone on to thrive, leading a tour sharing his experiences on the streets of Manchester.

Sparks says: “It takes time. We’ve helped around 20 people across the UK move towards leading tours already. Several more have shown interest or participated to a point, but this is clearly a challenge for them amid what can be chaotic lifestyles with complex needs and understandable nervousness. Sometimes it doesn’t work. It’s important try to understand their journey, which can be so different from one person to another, ensure they don’t feel pressure or that they’ve failed and can take their own time to engage. We have to tailor our approach and adapt to what each individual needs to thrive. And be there if they want to try again”.

After meeting different charities seeking nominations for potential new tour guides, Sparks held a recruitment day to encourage those nominated to participate. It was at this point that Millie Maltby, now a guide support officer, became more involved. They’d been at university together and Maltby had driven Sparks up to Edinburgh when she went to experience the Invisible Cities tours first-hand.

“I was not only inspired by what they were doing but could see how it had inspired Alice,” says Maltby. “As ICM developed, I’d joined the tours and bonded with Danny. After graduating, Alice asked if I’d get more involved.”

Meeting second new tour guide, Laura, at the recruiting event saw Maltby establish herself in a guide support role. “Millie’s role is so crucial in creating a robust support network,” says Sparks. “She’s a trusted friend to them. She supports and guides them through the process and towards qualified help where required.” 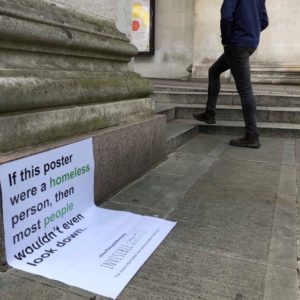 Laura has since gone on to lead her first tours featuring past and present women of Manchester. Meanwhile, a third guide, Ben, has begun work on creating a tour featuring elements of the Manchester music scene woven in with his own story.

So, have Sparks and Maltby seen change in the people who have become guides?

“Confidence,” replies Sparks. “People who didn’t want to talk in front of two to three people, let alone share their personal stories, are now doing this publicly in front of ten to 12. Trust, a growing trust in people offering help and a growing pride in themselves, helped by the appreciation shown by the public on tours.

She adds: “Sitting on the streets day in, day out obviously erodes people’s confidence, so to give that back and see what it means, giving them that opportunity to tell their own story is important, powerful and ultimately inspiring. Many love it so much that they just don’t want to leave and there’s the very real prospect of them actually becoming the next guide support officers and recruiters which is great.”

Aside from the positive public response to the tours, there have been other great moments. Initial support from Manchester University and Invisible Edinburgh was supplemented this year after Sparks won a £12,000 investment from Venture Further, a start-up competition run by Alliance Manchester Business School.

For Sparks, seeing the enterprise come to life has been wonderful. “I was working in London on young people in social enterprise and Millie, Laura and Danny met up to go through feedback we’d received and to do a practice tour with Laura. I could see it working without me there. It’s evolved beyond me. It felt really good to see that happening. I’m no longer completely instrumental to people to coming together and this happening.” 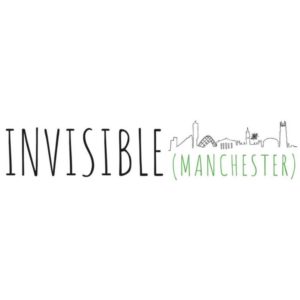 As for Maltby, the joy has been watching Danny passing on his wisdom to Laura. “Being this influential figure, he’d done it on his own as the only tour guide and now he was sharing his experiences and being so supportive in such an amazing way. The development of that relationship for me has been such a highlight. And now, Laura’s outside today with Ben. Sharing her thoughts, supporting him, giving him ideas.”

Equally, there have been some tougher moments as the challenges of seeking commitment from vulnerable people meant the cancellation of training events and recruits dropping out. “It’s so hard to see because we know everyone who shows an interest really wants to do this, but it’s a big deal for them,” says Maltby. “Importantly they’re trying. And we’ll be here again when they want to try again.” 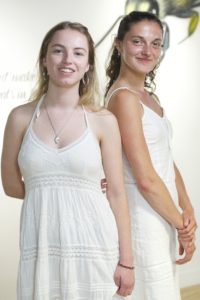 With the benefit of hindsight, can Sparks explain why she took this initiative on? “Lots of people will say they bumped into a homeless person, got talking and it changed their life or inspired them, but it never really happened like that for me. I felt a sense of obligation. Homelessness is an issue that everybody sees all the time. I don’t think anyone has a more motivating route to work. Every morning, I cycle to work through the city centre and I’ll see more than ten people asleep and it’s just still so shocking, it just really really upsets me. And the more time I spend with people who have been homeless the more harrowing it is and makes you want to do more. I think it’s really important for anyone thinking of getting involved, volunteering, that they have that sense of responsibility for society.

“We really want to break down stereotypes and develop transferable skills giving people confidence, a purpose and a community. We want to influence the people taking part and the public’s perception, inspiring them to act on homelessness where they live and perhaps falling back in love with their city or the city they’re visiting.”