Susan Ferguson May 26, 2019 Art, Arts Comments Off on “It’s absolutely bonkers.” How a Brutalist building is leading Wigan’s cultural revival 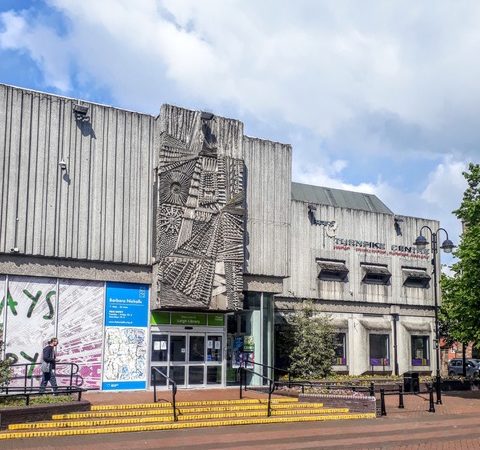 So, what’s going on at The Turnpike in Leigh? The answer: loads.

In 2013, Wigan Council withdrew funding for this art gallery and effectively wrote its execution order. A group of volunteers attempted to keep it going with little more than goodwill. That was until 2016 when Helen Stalker arrived on the scene. Liverpool-born Stalker came with solid gold experience as a curator with time spent at the V&A in London followed by five years at Tate Liverpool and a decade as senior curator at the Whitworth Art Gallery in Manchester.

First opened in November 1971 and showing pivotal 20th century artists like Henry Moore and Eduardo Paolozzi, The Turnpike gallery and library quickly secured its place as an iconic Brutalist edifice, known primarily for a large, abstract concrete relief by the industrial designer William Mitchell mounted on the front of the building. In her new role, Stalker saw no reason to reduce the ambition and aspirations of the original gallery and its founders.

One of her first acts as director was the establishment of a community interest company with an impressive new board (made up entirely of women including the headmistress of the local large comprehensive), new funding streams and a rebrand. Starting afresh with the new entity, she thought long and hard about a name change but, as she says, “when the town was facing serious industrial decline in the 1970s, someone – a group of people – had the balls to build a future-focused Brutalist purpose-built space for art and learning in the heart of Leigh town centre”. The name was not for changing. 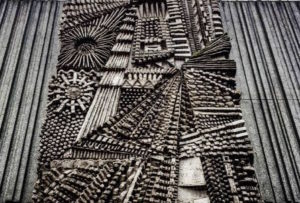 Against a background of austerity cuts and plenty of misinformation and preconceptions, the task has not been easy. A council member was heard to say, “What do you want to go in there for? All they’ve got is a piece of coal on a stick.”

The Turnpike reopened in January 2017 with the prestigious Jerwood Drawing Prize. “They understood what I was attempting to do and, having checked that our gallery space was suitable, they took an amazing leap of faith,” Stalker tells me.

Did her previous experience help? “The person organising the show was someone who I gave an opportunity to when I was at The Whitworth when they were at the beginning of their career, so, yes, it does help.  People have got long memories and if you worked your backside off for someone, and then years later you ask them for a favour, they may just oblige. And that person just might turn things around.” 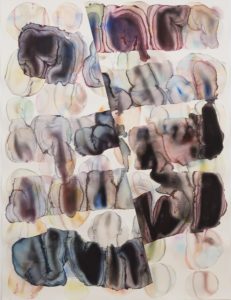 Under Stalker’s guidance, The Turnpike has been working away for the past two years on a programme of exhibitions and education that puts the community absolutely at its core. Shows so far have included Mary Griffiths, and Nick Crowe & Ian Rawlinson. The current one is by Barbara Nicholls and comprises enormous water colours inspired by the landscape and geology of Leigh.

Just six years since withdrawing funding, the council is now fully on board. Stalker admits that it has not been easy. “But I’m lucky. It’s not just me now. I’ve got Hannah Daunt who is part of the team and runs the engagement programme and, in Aaron Pearce, I’ve got one of the best technicians around who is local and who totally understands what we want to do in Leigh.” 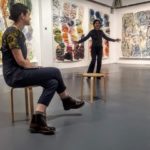 Stalker has helped to create a complete shift in Wigan Council’s thinking; putting culture and its value to the community high on the agenda.

As for people who Stalker has worked with in the past who, when “you ask them for a favour they may just oblige”, enter international artists AL and AL who work with Philip Glass among others. “You get key people like AL and AL who have come back to live and work in Standish bringing with them this incredible gift which is to set Wigan on fire culturally. It’s like the planets have aligned.”

In May 2019, Darren Henley, chief executive of Arts Council England, came to town to launch Wigan Council’s Cultural Manifesto, an ambitious five-year plan, THE FIRE WITHIN. The manifesto came about through broad consultation with the arts sector but, as Stalker explains, “AL and AL have taken that piece of consultation and turned it into a piece of art which manifests itself in an empty shopping centre in Wigan town centre”. 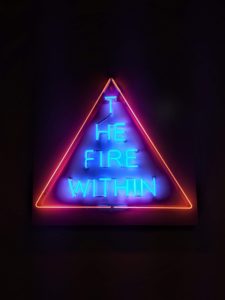 She adds: “Basically, we’ve taken over a disused shopping centre and turned it into a huge contemporary art gallery. It’s absolutely bonkers. But it’s amazing and the council is completely on board.”

Barbara Nicholls’ exhibition at the Turnpike is on until June 22, 2019 and The Fire Within is on at Galleries Wigan until  July 6, 2019.  Al and Al will have a show at the Turnpike later in the year. 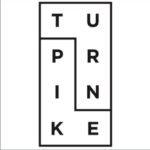