Jackie magazine: the former teen bible gets a musical makeover 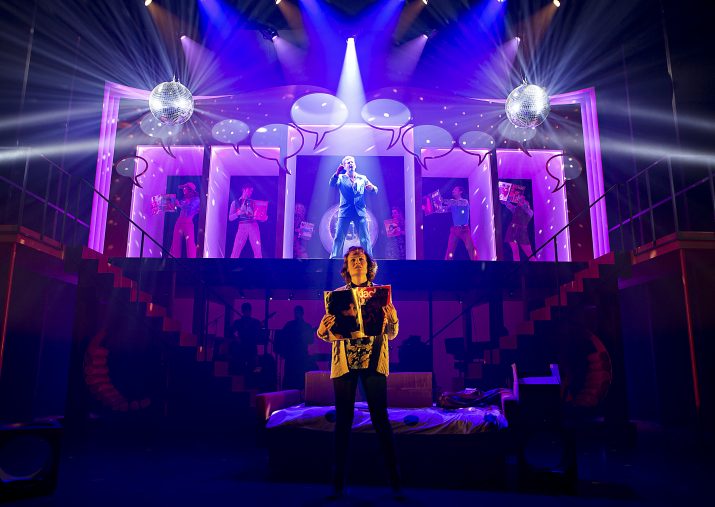 The 1970s brought us space hoppers, lava lamps and boob tubes. The 60s had swung, allowing the next generation of teenagers to discover the world. But where did they go for the issues that mattered to them?

For boys it was either boasts behind the bike shed or Roy of the Rovers. Girls needed a more reliable source to turn to for advice on acne, love bites and whether David Cassidy preferred blondes or brunettes. Enter Jackie magazine.

Aimed at 12 to 16-year-olds. Jackie came from the home of jam, jute and journalism – Dundee. Publisher DC Thomson was also responsible for two other classics, The Dandy and The Beano. But with its Cathy & Claire advice page, fashion dos and don’ts and pop star pin-ups, Jackie inspired the imagination – and devotion – of countless teenage girls.

I was a kid at the time. But when I asked my sister and a few other friends who were teenagers during the magazine’s 70s heyday to recall some of their Jackie memories, I was flooded with anecdotes.

Alison: “My friend and I covered the bedroom floor with issues to read and drooled over David Cassidy. We also made up random problems for Cathy & Claire, the sillier the better.”

Kim: “I won £150 worth of Topshop vouchers in a competition which was very exciting!”

Linda: “I remember the huge posters. You collected one limb per week until it was actual life-sized. I loved my Donny poster with the purple beret best. I had all the David Cassidy ones too.” 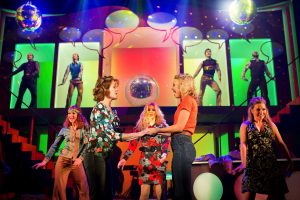 Vicki: “It was the first magazine that spoke to us girls as teenagers with hormones and feelings. Boys secretly read it to get tips about girls but aside from nicking a Slade poster they’d never admit to peeking through it.”

Lorraine: “I loved the charms and necklace free gifts. I used to copy the fashion as well making my own patterns and clothes for my pals.”

Jillian: “I remember getting a smack on the head from my sister for reading her copy before she did.”

One of my memories involves a gigantic poster of Donny Osmond’s head that my sister taped to our shared bedroom door. Every night, Donny’s Jurassic gnashers would glare through the darkness like a dental night light. Years later, I received a £20 postal order (ask your grandparents) as a reward for having an article printed in Jackie. It was called ‘The Seven Girls You’d Least Like To Meet On Holiday’. Ahem.

Today, in the age of the jukebox musical, this teen bible (invented, would you believe it, by Gordon Small, a former RAF aero engine fitter) has received a new lease of theatrical life. Jackie The Musical has been causing a stir across the country with audiences reliving the feelings and sounds of their youth. It tells the story of a 50-something divorcée who stumbles upon her stash of well-thumbed magazines and ends up reading them again for the same reason she did 40 years previously: advice on how to navigate the opposite sex (how to get boys, keep boys and cope if you lose one).

The authenticity of the era is cemented with Arlene Phillips providing the choreography and former Jackie editor Nina Myskow acting as consultant (older readers may remember Myskow as a judge on 80s TV talent show New Faces – her scathing, un-sugar coated remarks brought several acts to their knees and saw her write newspaper columns under the sobriquet ‘The Bitch On The Box’). As the touring show heads for Manchester, I spoke to Myskow (who was the first female editor of Jackie) about what made the magazine such a phenomenon.

“Today’s teens have social media and phones to keep them in contact with friends and what’s going on in the world but back then a girl had a very solitary existence,” she says. “It was quite a black and white lifestyle and Jackie was a kind of technicolour, early form of social media that connected girls to the possibilities of life as well as to each other.

“It had pop, fashion, beauty, quizzes and lifestyle things that were fun but it also had a caring, responsible attitude to the readers. We almost had a duty of care as it’s such a vulnerable age group and it’s hard for them not to be influenced by what they read. It would have been very easy to take advantage of readers to make then think one way or another. DC Thomson were very responsible publishers and we felt like big sisters to the readers because we cared what happened to them. I thought it was important that girls knew they had choices in life and could have far horizons and follow their dreams. Back then the thinking was very much leave school, start a job, get married and have children.

“The Cathy & Claire problem page received over 500 letters each week which was saturation coverage back then. It was unlikely that, if you had a problem, you felt comfortable talking it over with your parents as it isn’t always the easiest of relationships. I think our problem page filled that gap, offering a bit of guidance and a security blanket when you were going through those horrendous periods of spots, fancying your best friend’s boyfriend or being desolate if the boy down the road didn’t notice you. We helped girls realise that they weren’t the only person going through that type of insecurity.”

In recent years our love of nostalgia has grown. Jackie has tapped into that market with best-selling compilation CDs, annuals and now the musical. This second life for the magazine she edited has taken Myskow completely by surprise.

“I had absolutely no idea how much demand there was until the first book came out and I went to the BBC to publicise it. I was walking down the corridor and was set upon by women of a certain age, including high powered executives who should’ve known better! The fact that it’s now been turned into a musical is extraordinary. When I saw the first dress rehearsal and a scene where a Jackie fashion page comes to life, it was very emotional. I wasn’t a teenager back then but when I saw that scene I was transported right back so I can only imagine what a reader must feel seeing it and being taken back to an extraordinary time in their life.

“It’s a cliché but music is a jukebox of your life and the songs from this era are absolutely great. You can’t not dance to Tiger Feet or Dancing On A Saturday Night, then you’ve got Puppy Love which brings the house down every night. Arlene has choreographed some fantastic dance numbers.”

Editing a magazine with that level of popularity and access to all the big stars of the day sounds like an amazing job. Myskow met pretty much everybody back then, but was she ever star-struck? 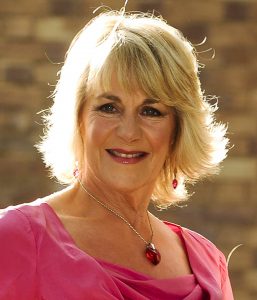 “I’ve always loved talented people and music was paramount so for me meeting the pop stars and musicians was always my favourite thing about the job,” she recalls. “The people I interviewed were often in the early stages of their careers when I first met them like Elton John, who was only 20. He wasn’t a star yet but I really liked him and we got on fantastically well and we kept up with each other.

“I never really got star struck though. The pop star I really loved was Paul McCartney but I didn’t actually meet him until after I’d moved on from Jackie. For our readers though it was all about Donny Osmond and David Cassidy. You either loved one or the other so you had to feature both of them. Donny was so cute and Puppy Love was so romantic to a 12-year-old girl. What they saw in him was a potential first boyfriend so it was all very sweet.”

The 70s weren’t exactly a golden period for female artists. They had a real struggle as the girls who bought pop singles didn’t usually aspire to be pop stars themselves, they just wanted to date one. Does Myskow think this reflected society at the time and how limited some girls felt their options were?

“It was definitely harder for women in music back then. There was Suzi Quatro and Lynsey de Paul but that was about it really and it wasn’t until the end of the 70s when the likes of Kate Bush and Debbie Harry came along that girls might have woken up to the possibilities of a career in music. Interestingly though, the pop stars the girls liked weren’t great hairy rockers but very boyish looking, cute guys. That’s how it’s always been even today if you look at the popularity of acts like Justin Bieber or The Vamps.”

She adds: “For me this show is a connecting thing. A shared experience that brings people together in a very powerful, comforting way. I haven’t seen anything like it since Mamma Mia and I think being able to go to the theatre and be transported back to your youth provides the perfect antidote to the misery around where things are so dreadful and the news is so dire.”

Surely the musical, taking her back almost 45 years, triggers as much emotion in Myskow as it does to the audience?

“I cry at every performance! My eyes just go and I’m not ashamed to admit it. To watch the audience all completely happy and up on their feet dancing is the most satisfying thing. It’s mainly because of the show and the music from the era but for me to be able to think, by producing that magazine, I played some small part in the happiness that I can see is so, so wonderful. Women in their 50s bring along their kids and it means so much to them to be able to share it. Their eyes are shining, their arms are above their heads, they’re swaying and singing along to timeless tunes, knowing every lyric. I’ve seen it half a dozen times already and it gets me every time.”

What: Jackie The Musical 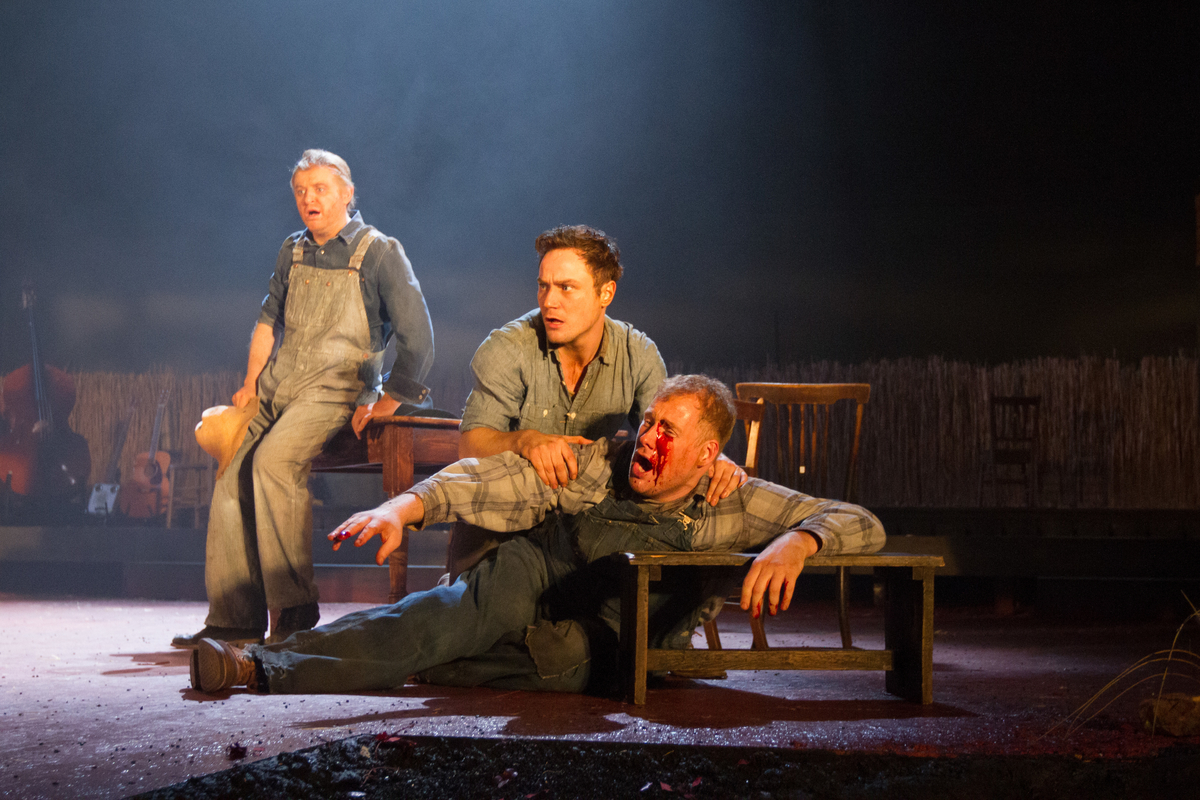 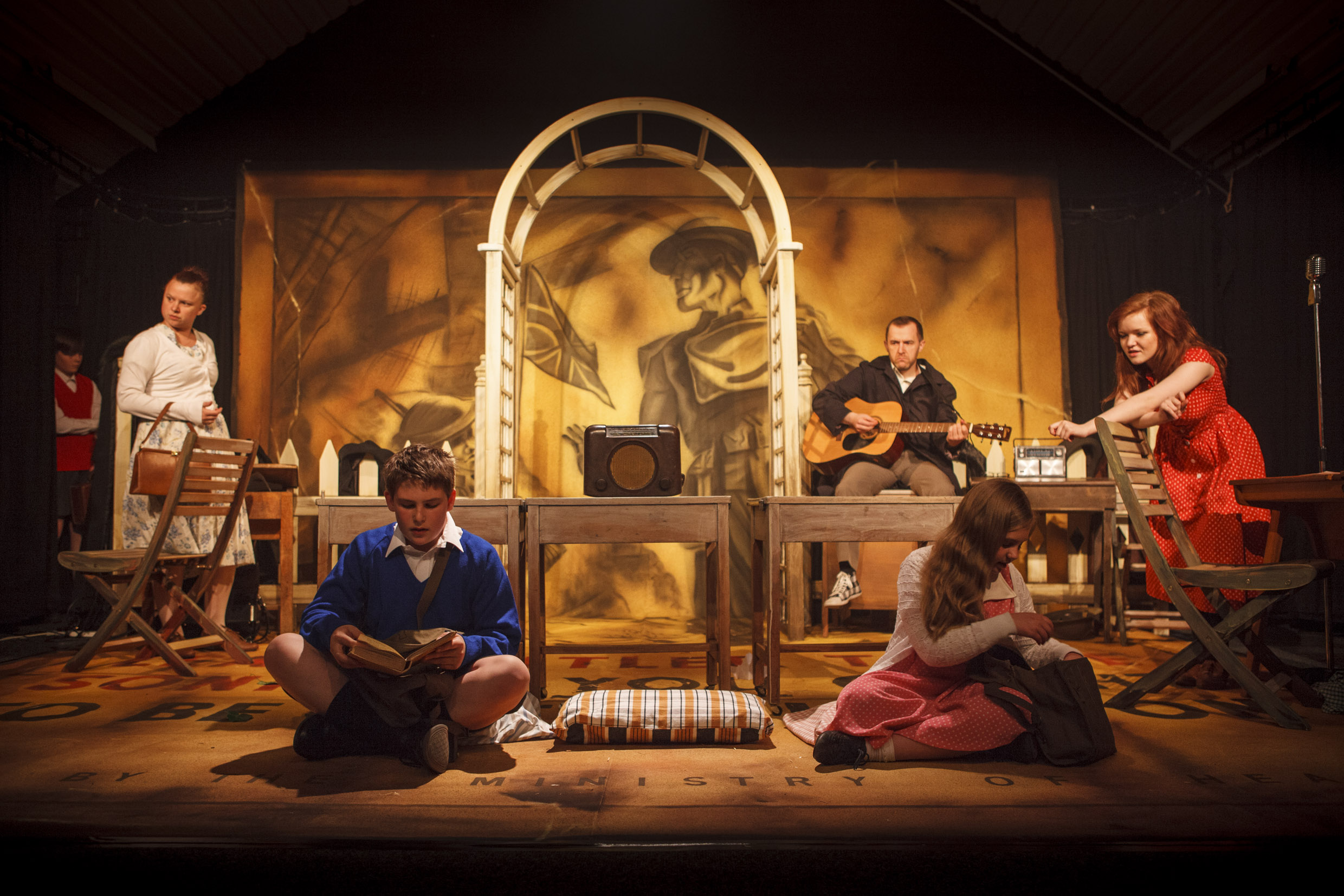 Leave Hitler to Me, Lad 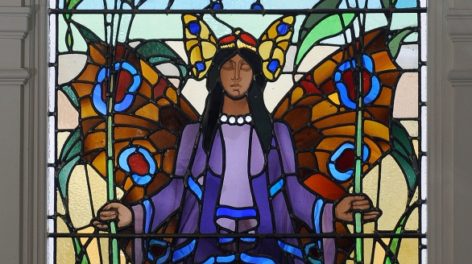 “We face the very real prospect of losing a generation of talent.” Box of Tricks launches Screen/Play Award in partnership with Sky Studios