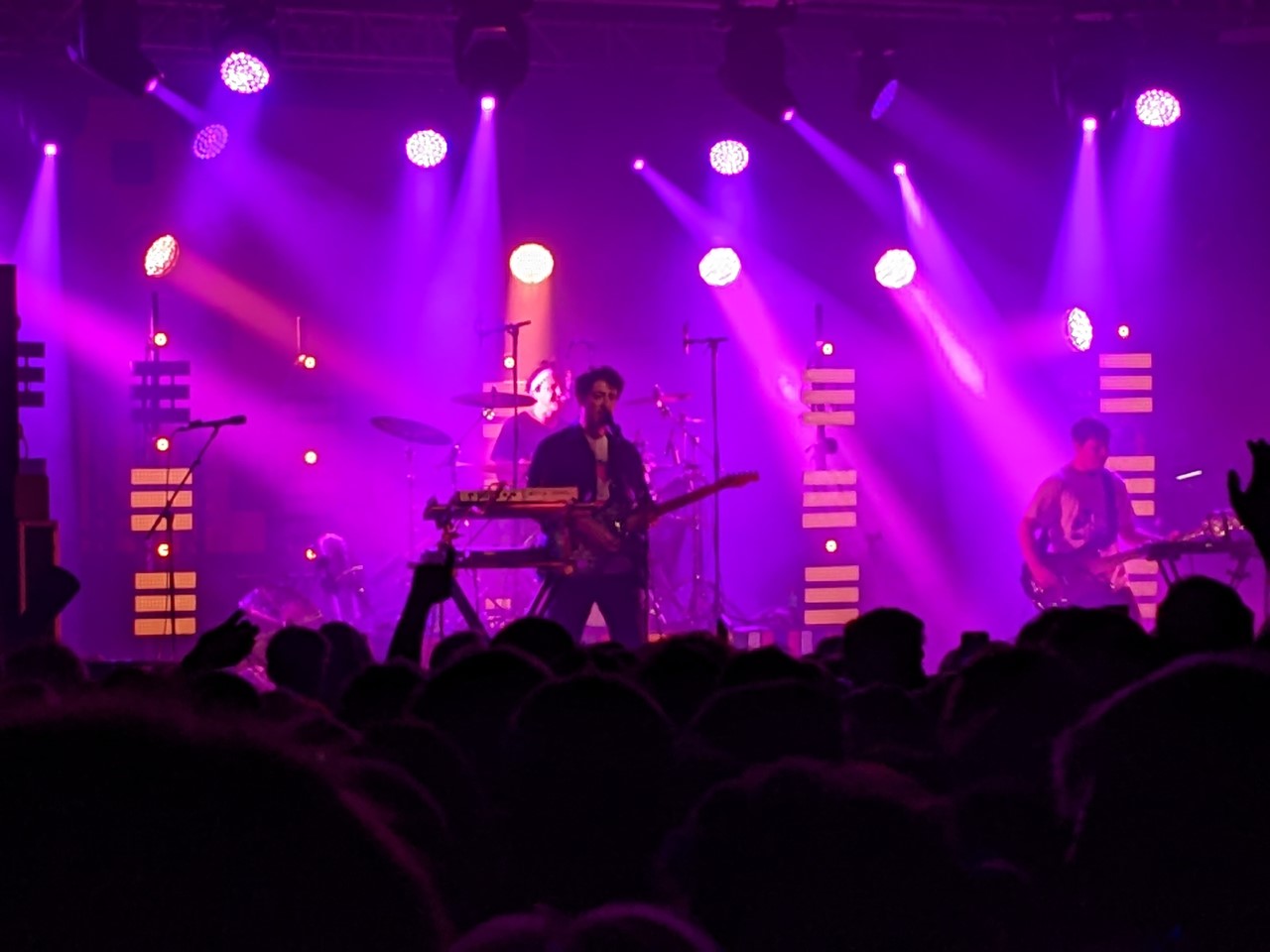 It’s 2020 or 2021. I’ve lost track of time and which exact phase of the pandemic we’re in. It seems as though it will never end. All I can be certain of is that it’s after bubbling has been introduced because I am, yet again, driving over the Pennines to see my mum. We live in Sheffield and she lives in Stoke. She doesn’t drive and is shielding. We live about 50 miles from each other and it makes for one very stretched bubble.

My eldest son is three or four and the youngest is one or two. For one reason or another, 2019 was the hardest year of our lives. We clambered out into 2020, bruised and bleary, hoping to recover equilibrium (all I can say to that is ‘lol’). By spring, nursery closures and work moving online meant that we were attempting to work from home with our young children becoming feral. The world had gone completely fucking mental.

Fast-forward a few lockdowns later to my current car journey and I now have two albums that I listen to on loop every time I make this journey to Stoke. They keep me sane. They give me a sense of something beyond this, but also something within myself, something I have to keep alive: Compliments, Please by Self Esteem and Beautiful People Will Ruin Your Life by The Wombats. I put them on, the kids settle, and I sing my heart out as the moorlands swell around us with joy and pain. 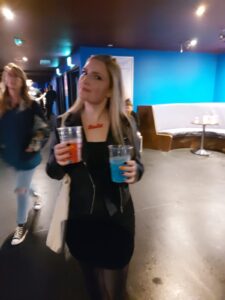 At various points during the pandemic, Oliver (my other half) and I talk about what we’re going to do when things get back to normal. Go on holiday. Sit inside a pub. Go to a gig. I wasn’t sure if Self Esteem’s show at Sheffield’s Leadmill would go ahead on September 21, but it did, and it was absolutely mind-blowing. It is tempting to go to a gig every week now things have returned to ‘normal’, but having young kids means that we have to be quite selective with nights out – it has to be worth it.

I was extremely chuffed when two bands who have been on my list for the longest time announced tours in 2022. I’m going to see Placebo in Manchester in November and, earlier this month, The Wombats kicked off their tour in Sheffield. We were there, deliriously happy to be rolling back the years after a long half-term. Thank you, Wombats, for coming to Sheffield when so many miss of us out in favour of our bigger northern cousins.

I used to go to gigs all the time. I started when I was 14, seeing pretty much anyone who played at the Sugarmill in Stoke-on-Trent. More than 20 years later, standing at the O2 (on my tiptoes, as ever) bellowing along to The Wombats’ wall-to-wall banger set list, I was flooded with the same dopamine high I used to get from live music as a young teen. Whether you’re being thrown around in a mosh pit or ugly-crying at a song that you, along with a million others, feel has been written for you alone, there’s something about live music that feels special.

Don’t get me wrong, it’s a different experience once you’re more of a homely hen than a spring chicken. What was I thinking, wearing anything except the most minimal of clothes? The sweat, my god. Also, post-babies, you need to be mindful of jumping on the spot with several pints in your bladder. I refused to go for a wee because I couldn’t risk missing my favourite song – of course, it was the very last one they played – but I’m pleased to report that my heroic pelvic floor held out. Just about. I think Oliver felt old, too.

“Why do all people in bands have amazing hair?” he asked, mournfully stroking his bald head. “This is why I like Tim Booth.” The Wombats are roughly the same age as us, but I’m pretty sure there’s a portrait of them in an attic somewhere, wrinkling up. The audience, too, was noticeably younger than they usually are when I see bands that were big when I was young. The Guardian’s Alex Petridis has explained this phenomenon better than I can.

All I would add is that it’s great when musicians find new audiences, and I don’t understand why people get all weird and possessive about it. A case in point: Stranger Things recently making Kate Bush massive again, and a vocal corner of the internet went off because ‘she was theirs’. What bollocks. It was certainly a new experience watching a band amid clouds of watermelon vape, but it gets my vote when compared to the pre-smoking ban tar pits or the post-smoking ban death-by-farts. E-cigs may have their problems, but in big crowd situations they do at least cover the smell of human emissions without the chimney-sweep chest the next day.

Petridis’s article also alluded to The Wombats’ early 00s contemporaries and their ‘landfill indie’ credits. While not quite putting them in that category himself, I know some people would. When I posted about going to see The Wombats, I could feel the collective cringe from the musos on my timeline. I sometimes wonder if these people refuse to sing happy birthday because it’s too well-known. Of course, there are musicians I don’t like because of their politics and there is music I don’t like because it’s just not my taste, but sneering at an entire genre and anyone who listens to it because you think they’re intellectually inferior is pathetic. Same goes for books. 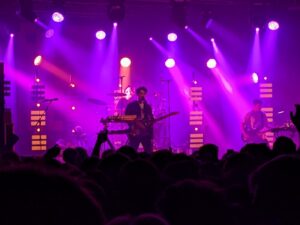 There was a time in my life when everyone I knew was so far up their own arse about the music they listened to and the culture that went with it that I kept hoping for an ‘I’m Spartacus!’ moment where we all admitted to the most pretentious wanker of the group that we actually quite liked the Sugababes and, to be honest, sometimes wanted a cup of tea more than a Jack Daniel’s. The heart wants what it wants. Driving to Stoke, my heart wanted those two albums. Every time.

I’m so happy that, after driving across the Pennines with the volume up high, I’ve finally been able to experience that world in a crowd of people, soaking up the real thing. The Wombats’ Beautiful People Will Ruin Your Life was an album that helped me to retain some semblance of sanity through a difficult, nebulous period, and I’m so grateful to them for that. I’m glad they have enough of a new audience to sell out the O2 Academy, too, even if I did feel old. I’m not a fan of the hangovers and the tinnitus that come with being older, but I do feel strangely energised and hopeful that this is the start of a new chapter of more live music in my life, even if it means coming to terms with taking toilet breaks. 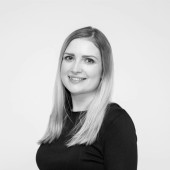 Amy Stone lives and works in Sheffield. Her first novel, The Raven Wheel, was longlisted for the Arnold Bennett Literary Award 2020. Her second novel, Strong Stuff, has raised more than £3,000 for Roundabout, a South Yorkshire homelessness charity. Amy has also been shortlisted for the Bridport Prize in the short story category and her first piece of flash fiction was nominated for a Pushcart Prize in 2021 by Janus Literary. You can find Amy on Instagram and and Twitter. 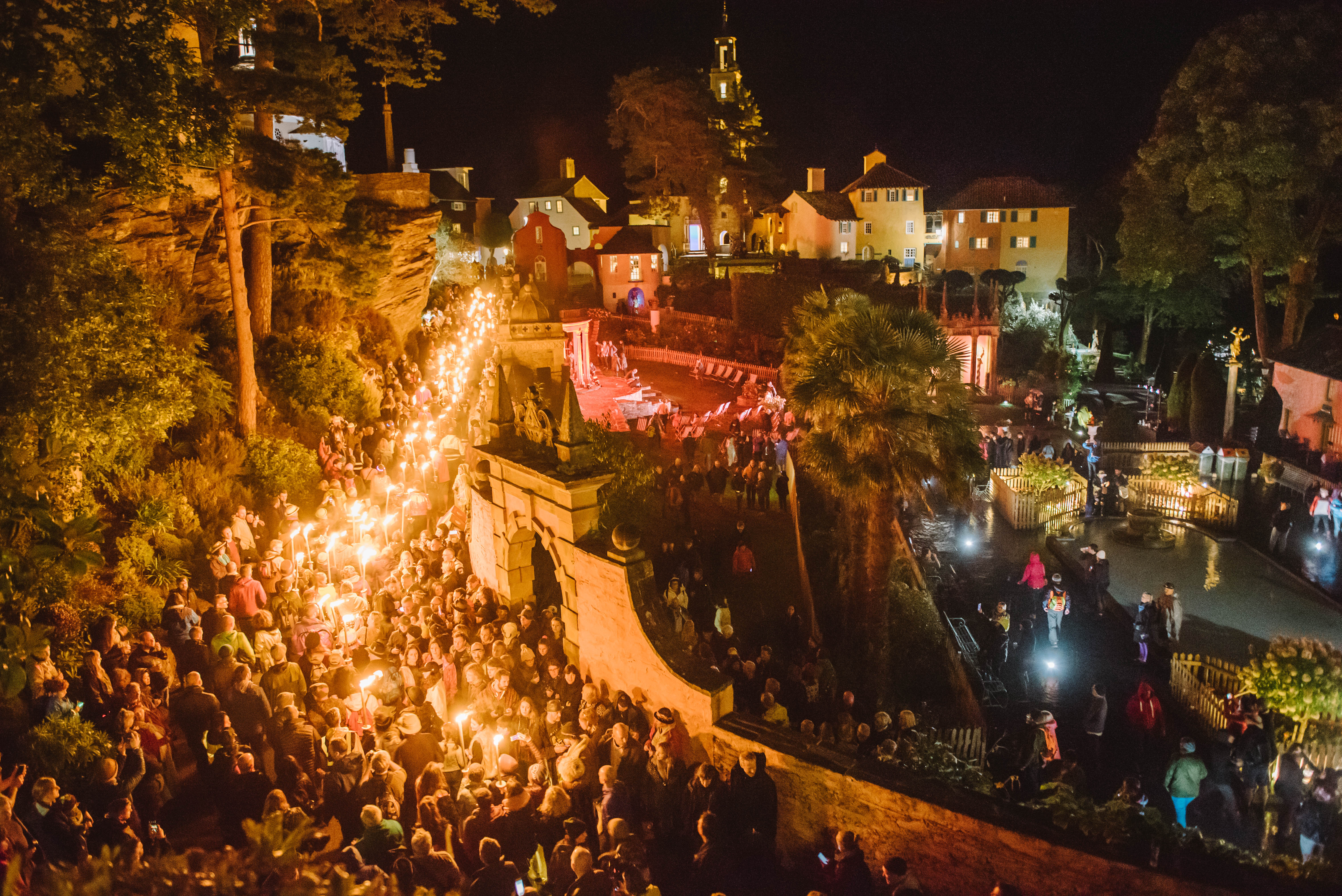 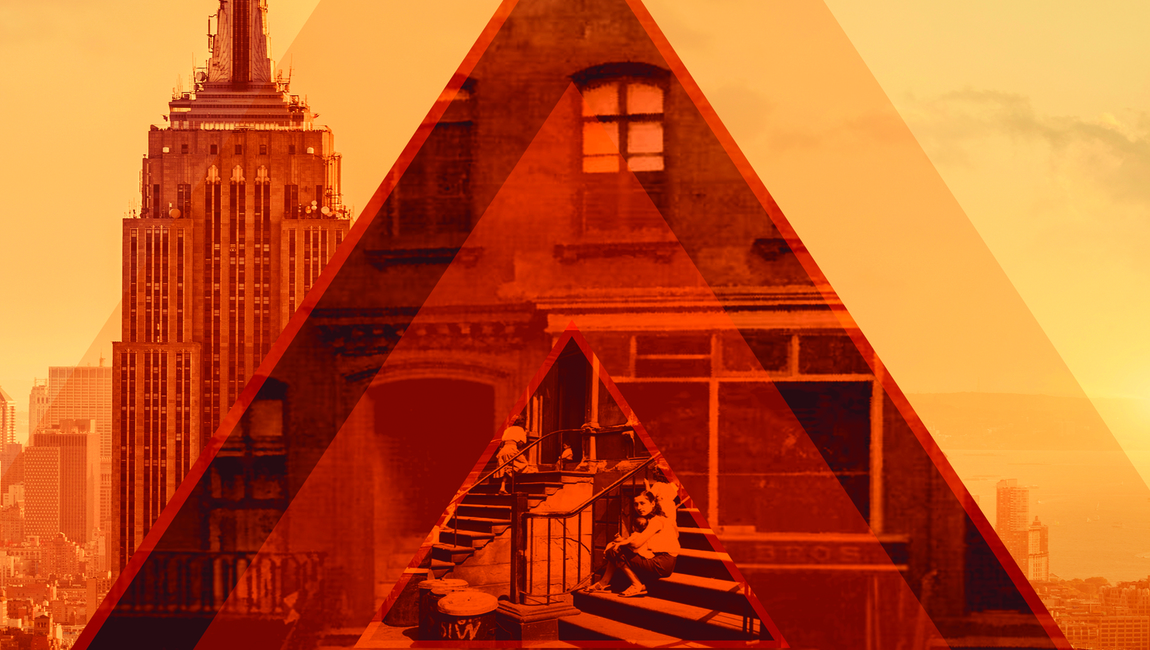 OperaWatch: What’s on in Autumn 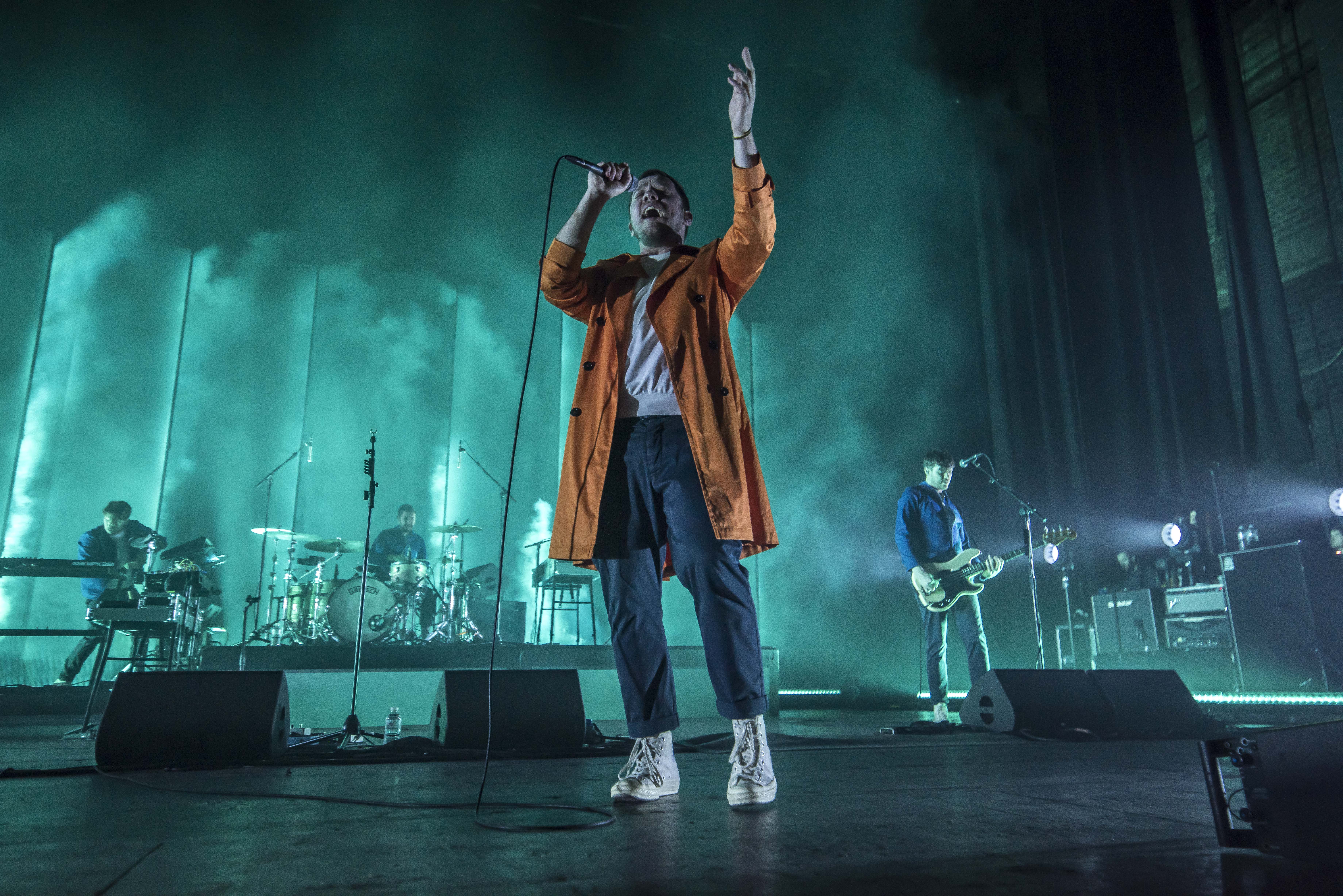 Photo Gallery and Review: Everything Everything, O2 Apollo, Manchester 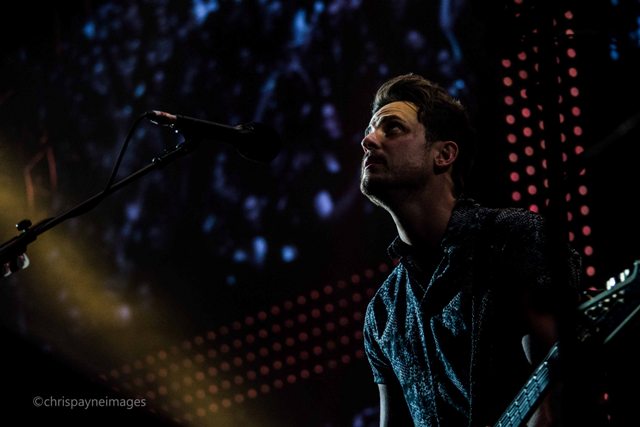