Nesh. Bobbins. Brew. How well do you know your Northernisms?

Emma Yates-Badley May 13, 2018 It's Not Grim Up North, Northern Soul writes... Comments Off on Nesh. Bobbins. Brew. How well do you know your Northernisms?

Back when I was a Manchester newbie, my then boyfriend was a Yorkshireman. From Calderdale to be precise. I distinctly remember my first trip to visit his parents and not being able to understand a word his Dad uttered. It wasn’t so much how he was talking – although the accent was incredibly strong – but what he said. He might as well have been speaking Klingon.

I’ve always been fascinated by regional language and dialect. Oh, how I love a good Northern accent (obscenities and honeyed words sound far better from the mouth of a Northerner). But it’s taken me some time to get my head around it all, and I’ve popped more phrases into Urban Dictionary than a Brit using Google translator to order a pint abroad.

One thing I do know is that Northerners take immense pride in their vernacular, holding obscure words close to their heart like Gollum and that bloody ring.

Recently, Northern Soul’s Editor Helen Nugent posted her surprise – and delight – at having learnt some new Northern words: “‘I just cruckled my ankle and it’s crebbing.” Posted on Facebook, the phrase garnered some interest (I told you, don’t mess with the precious).

“How is that new?!” came a reply. “You lived in London for far too long young lady! Crebbin’ was a favourite at high school.”

“What do they mean?” Helen asked. “Wait, is spelk a splinter?”

“How do you pronounce that? Gowk as in Gok Wan?”

“Cruckle’s not made up,” another Facebook friend chimed in. “That’s real and it hurts when you do it.”

And so the seed of intrigue was sewn.

Did everyone know these words? Or was it only newcomers (like me) and those who’d spent a lengthy stretch of time living in that there London (like Helen) who didn’t know their meaning? Were people making these phrases up to bamboozle us? Or was it a case of families concocting words and passing them off as real sayings (my Grandma used to do this on a regular basis)? 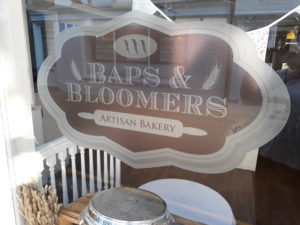 Language is important. It’s closely tied up with a person’s sense of identity. Mess up the spelling of a word and you’d better watch your back – as I found out when I spelled doylum (idiot, fool) incorrectly in a Twitter post. One of our lovely readers kindly pointed out my typo, followed by a bunch of exclamation marks. Clearly, I’d struck a nerve.

So, in the spirit of good old investigative journalism (and having a laugh) we took to the internet and asked the question: what’s the best Northernism? We weren’t prepared for the enthusiastic response, or some of the more unusual words.

“Bobbins is definitely a favourite here,” said one Twitter user. “And mithered, mint and ‘our kid’.”

“The Manc ‘ere y’are has multiple applications,” added another.

Dropping letters from words is indicative of our fair region which can be bewildering for newbies or people from other parts of the country. One Facebook friend seemed rattled by this omission. “The fact that the letter ‘h’ is null and void. It’s not home it’s ‘ome. They aren’t hungry they are ‘ungry. That pisses me off.”

And let’s spare a thought for our poor exiled Northerners.

“I find living abroad, one that throws so many people is ‘alright’ as a welcome greeting,” commented James via Facebook. “The amount of times I get a worried ‘yeah why?'” 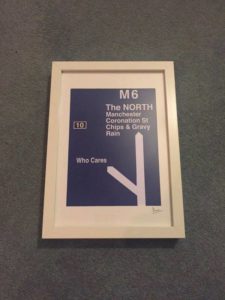 I admit that I can no longer say “are you all right” as separate words. Manchester living has changed it to one long word, “yaallright?” as in “hello”. I mean, I’ve no idea how I would even spell that. Friends from my home town often point out these subtle changes in my dialect. “God, Emma. You sound so Manc now.” I suppose I have adopted various words and phrases such as “proper” instead of “very”.

“’Bob on’ is the one that I used most often after moving up here,” said one Twitter user. “That and calling everyone ‘love’.”

“I like the expression ‘oh frig’ and the word jiggered,” said Sam, originally from Lancaster but now living in London.

“What does jiggered mean?” I asked. 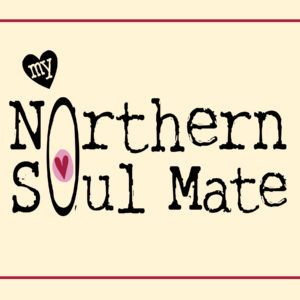 “Nowty meaning grumpy or grouchy,” added Northern Soul writer, Claire Fleetneedle. “And klempt meaning hungry. My favourite Northernism is ‘by the cringe!’ which my Grandma used to say instead of ‘bloody hell’.”

“Out out,” said my friend Danielle. “Is there any other way to describe a proper night out?”

For me, it must be brew. Back home it’s always cuppa or simply a cup of tea and I love how brew is so distinctly Northern.

The words came through thick and fast: kecks, powfagged, skriking, clempt, owt, nowt, summat, hadaway. But still not sated we decided to do what we do best and take it to a vote for the all-time favourite Northern word. The results? Some 62 per cent said mithered whereas only 12 per cent opted for mint. Meanwhile, 16 per cent chose nesh, 5  per cent picked doylum and 5 per cent said hadaway.

“Idiot. In that it means ‘idiot’,” we explained.

Another said: “Once again ‘sound’ is cruelly overlooked.”

Cruckled – to go over on your ankle

Chufty badge – an invisible badge for something insignificant, often derogatory “So, what do you want? A chufty badge?”

Owt – anything “I’m going to the chippy. Do you want owt?”

Nowt – nothing “There’s nowt going on.”

Summat – something “I’m going to go watch the telly or summat.”

Calling all football fans...⚽️⚽️⚽️ When Football Was Football, a new exhibition by photographer Sefton Samuels is due to open at Manchester's @FootballMuseum on September 24, 2021. Click here for the full gallery: northernsoul.me.uk/photo-gall… pic.twitter.com/JoWyVT9xCF