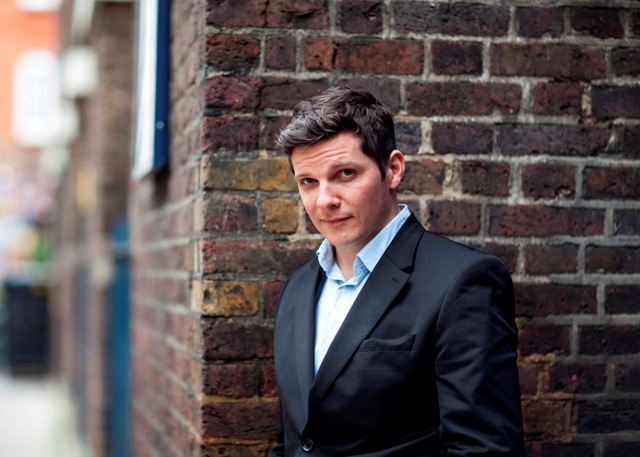 Most budding directors start off with a small show over a pub but not so Downton Abbey’s Nigel Harman who is at the helm of a multi-million pound touring production of Shrek The Musical.

It probably helps that he is an award-winning member of the original cast for this West End smash, based on the hugely popular Dreamworks cartoon franchise which has opened a national tour in the Victorian splendour of Leeds Grand theatre. So no pressure for the former Eastenders heartthrob?

“In a way because the buck stop here,” reflects Harman on opening night. “When you’re an actor you are just responsible for a small part so there was pressure, but I knew the material was so strong. It was one my favourite musicals so I knew we just had to tell the story, and the show would take care of itself, which is what we did.”

Harman has been hard at work drilling the cast. So it’s no surprise that his debut in the hot seat matched the standards of a show still packing them in down South. He must have been relieved when people were literally jumping to their feet to offer a standing ovation to the big cast.

“To see everyone jump and know you are a little bit to do with that was thrilling,” says Harman. “I was very proud of all the work people have done. It’s been a huge amount of work, but then to see the audience run away with it like they did tonight was amazing.

“They for were on it every moment – laughing, crying and ahhing – it was an extraordinary experience. There is something about the magic of this show that makes everyone feel like their inner child is reborn, before we top it all with I’m A Believer by Neil Diamond at the end, and it just goes through the roof.” 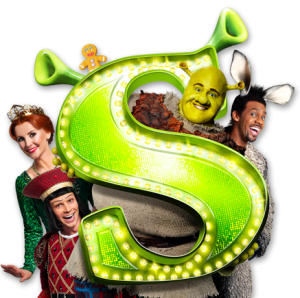 Being a director of such an iconic show with so much money on the line is very much like being a football manger. Both can send highly-drilled teams of professionals out to perform only to see them fall flat on their collective backsides.

“I thought the cast played a beautiful diamond formation, nobody was offside and there was really great finishing tonight,” laughs Harman. “You don’t how they are going to perform as it is a high pressure situation as first nights are always nerve-wracking. I thought it could go one of two ways, but they all just seemed to get their feet on the floor and just delivered pitch performances across the board tonight.”

He is right about that but as is sometimes the way one man completely stole the show. Gerard Carey devoured the role of the pint-sized dictator Lord Farquaad who exiles a motley crew of damaged fairy tale characters to Shrek’s Swamp, sparking his quest to find Princess Fiona.

Harman himself picked up an Olivier award playing Farquaad. Did he offer Carey any pointers?

“Not really because the man is instinctively hilarious. When he came into the audition he did three things in his scene that I didn’t think of doing in a year, and he had me rolling about on the floor.

“I just said it has to be him and I just pointed him in the right direction, he will come up the most extraordinary things, and as you could see tonight he was electric. He’s also does something slightly different every night as he is a very clever comedic actor and we are very lucky to have him.”

Harman and the producers have cleverly covered themselves by bringing in experienced old hands such as Dean Chisnall as Shrek who spars with Faye Brookes’ feisty Fiona.

“Dean is the consummate leading man coming straight from the West End. His performance tonight was better than it’s ever been, and Faye is a star now, but in few years everybody will be talking about her.”

There is almost a show within a show as the book offers up a bunch of fairy tale characters we remember from our childhood, but who are damaged and full of neuroses. It is strangely moving watching Pinocchio struggling to admit that he is not a real boy as well as seeing a cross-dressing Big Bad Wolf, both of whom threw up big challenges for a strong ensemble cast recruited by the rookie director.

“We spoke about that and then I just gave them their head to use racing parlance,” notes Harman. “I said this is the space we are living in, work it, show me what you have got and then we will put it together. 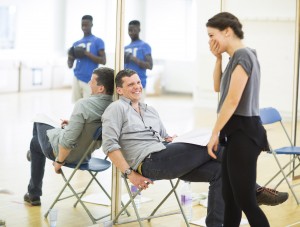 “They all went away and researched their roles so the level of detail on that stage is extraordinary. That’s why their numbers are so lively because they have come up with their own characterisations. They show me stuff so I say a little bit more of that, and bit of less of this, but it all very much their own work.”

Like the three Shrek films this show is loosely based on, David Lindsay-Abaire’s sharp book and lyrics operate on two levels with some end of pier smut for the big kids and fart gags for their own little ogres.

“It’s old school vaudeville comedy and a bit like the feel of music hall as we wanted to make something so the adults weren’t just sitting there doing for the kids. They come expecting their children to be entertained and suddenly we are entertaining them too which makes this show so unique.”

In the midst of a recession it makes sense to take West End hits out of the capital so musical lovers can see them in their local theatres and then get a bus home. But the money men haven’t cut any corners on this tour.

“You can see there is so much money on the stage because Playful and Dreamworks were very much of the mind that we are not going to cut anything we are going to take it with us on the road,” says Harman, basking in the glow of a hit show.

“Now we’ve had a bit of a struggle to fit everything on the stage, but by god we’ve done it. You can see £3 million worth of budget every night, and it’s one of the closest tours to the original I’ve ever seen. We fought for that very hard so what you see in London you see here.”

Shrek the Musical runs at Leeds Grand Theatre until August 17, 2014 and opens at Manchester Palace Theatre on December 2, 2014 running until January 11, 2015. For tour dates, click here 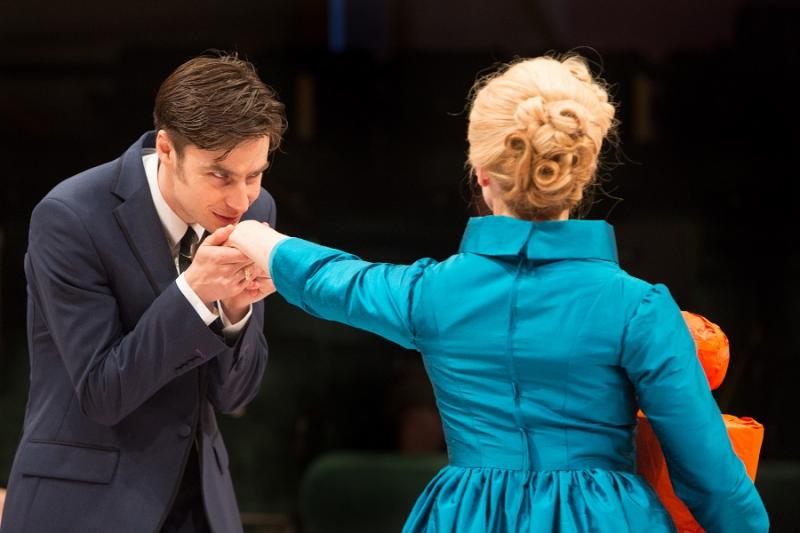 Told by An Idiot, Loved by the Audience 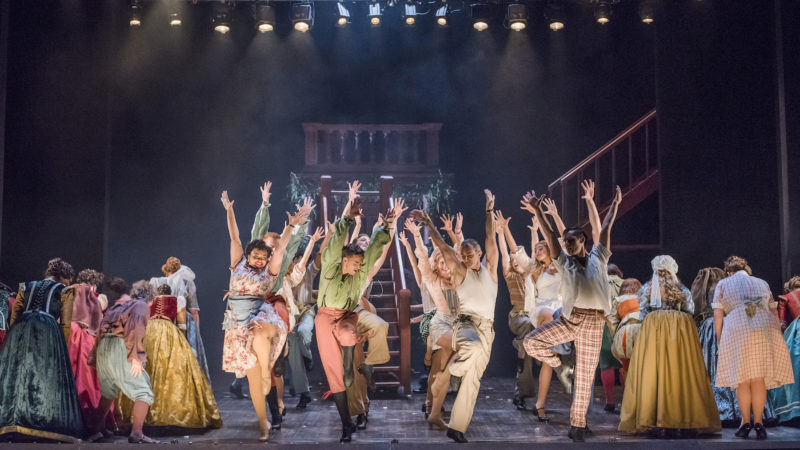 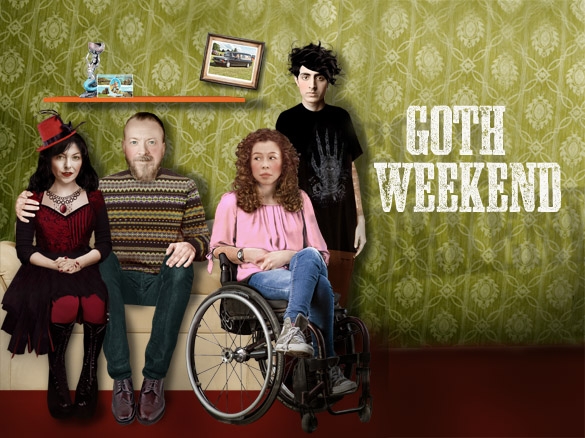 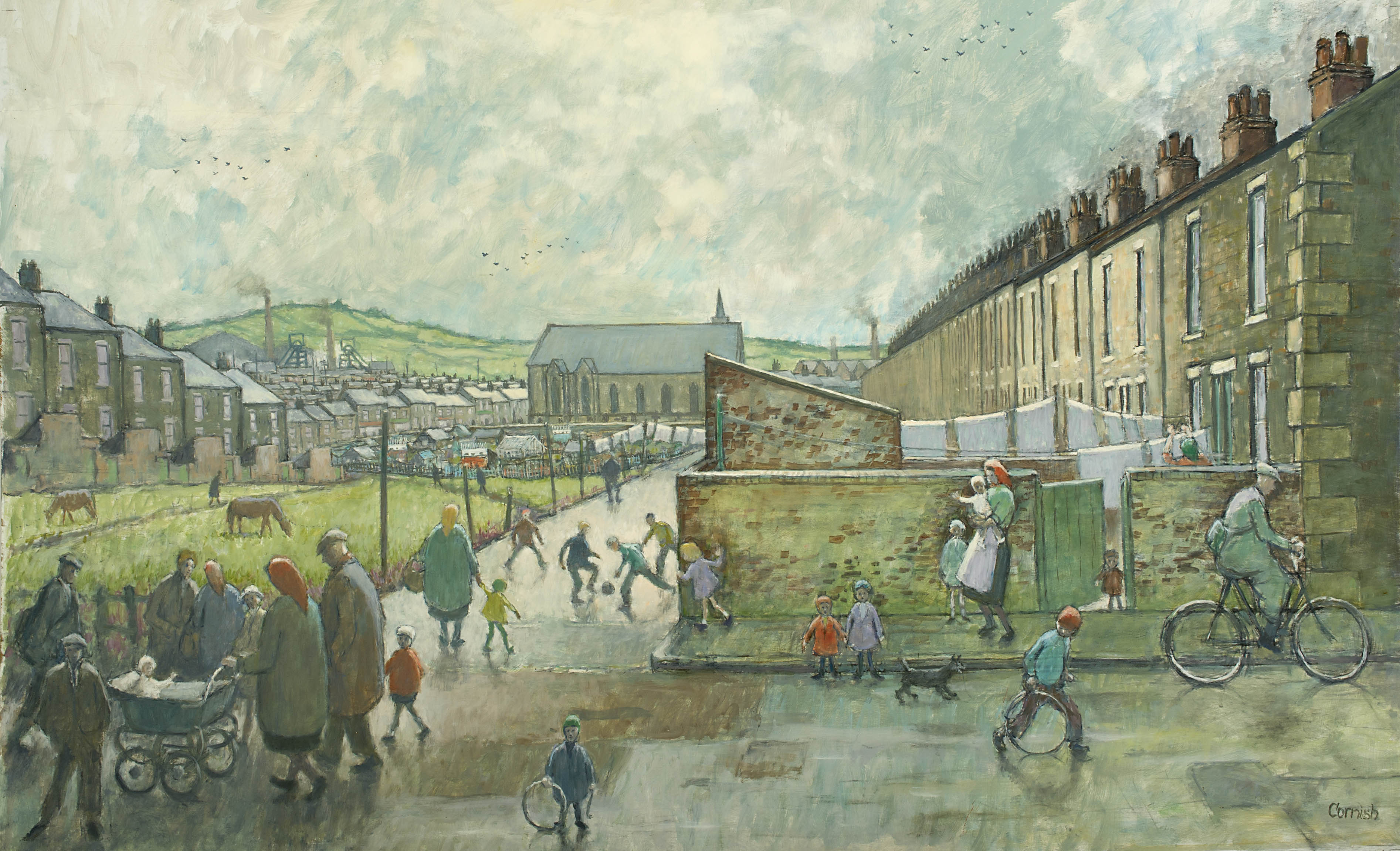