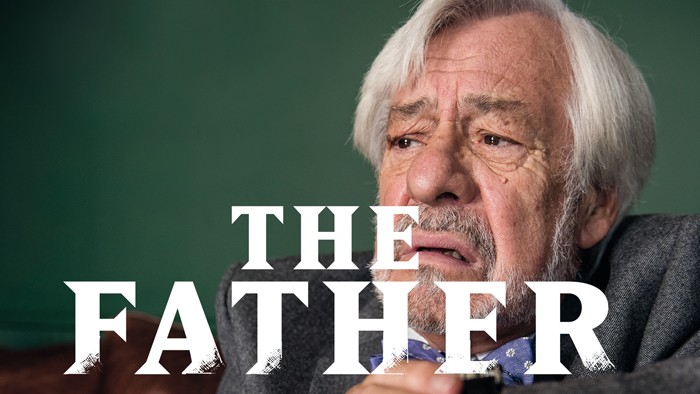 Old age is not for sissies, as Bette Davis famously said, but it was a relatively rare commodity until recently. My grandparents’ generation thought they were lucky to make it into their seventies, but my parents lived longer. And my generation is really the first to have to deal en masse with the consequences of extreme old age, as our parents go on and on. Which would be great, if their quality of life was anything to write home about. 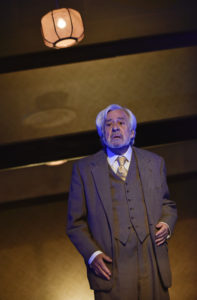 Of course, sometimes it is. My Aunt, who died last year at 96, still had all her marbles and half of somebody else’s, but my mother, who died at 88, got to the point where she had less memory than a goldfish. And she had the rage, a rage not so much against the dying of the light but because of it. A rage out of a bewilderment which is obviously distressing to have, and therefore terrible to watch, because there are no remedies. 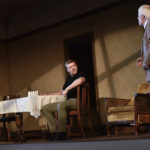 This clever prize-winning play by Florian Zeller gives us all of that. In The Father, we see the world both through the eyes of Andre, the dad, and his daughter Anne and son-in-law Pierre. Sometimes these worlds are contradictory, sometimes time seems to fold in on itself, and as his condition worsens it’s hard to know what’s real and what isn’t, just as it must be for Andre.

Kenneth Alan Taylor is excellent as Andre, showing us the decline of a dapper 80-year old gent with a bad memory into a man whose sense of self is patchy at best. Kerry Peers as Anne gives us a woman whose tether is shortening rapidly, despite her best efforts to stretch it, and we completely understand. There are no baddies here, although there are incidents that are shocking and might be true.

Kevin Shaw’s production is the regional premiere of the play, and he is to be congratulated. There is nothing about this play that screams ‘come and have a good night out’ although anything with Taylor in it is usually that. It’s a powerful good play which offers an insightful view of a world we will all have to deal with in some way at some point. 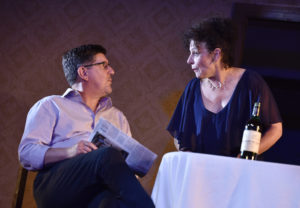 Originally played without an interval and running at 90 minutes, Oldham Coliseum has added an intermission. There’s a bit of an argument brewing between directors, writers and theatres about the need for a break and whether it interferes with the shape and build of a narrative. Theatres need the money from bar sales, and some penalise touring companies if there isn’t an interval. The Father works perfectly well with a hiatus, and as a man of a certain age anything more than 70 minutes needs an interval, if you ask me.

This is a very good production of a very powerful play about very important stuff. Everyone should see it.

The Father is showing at Oldham Coliseum until July 1, 2017