Theatre Review: Let The Right One In, Royal Exchange, Manchester

While I waited for curtain up at Manchester’s Royal Exchange, I heard an audience member ask, “where is the splash zone?”.

As overheard comments go, this wouldn’t normally have boded well. But the play was Let The Right One In, and blood and gore were what we were here for.

Based on the cult book (and film) of the same name by John Ajvide Lindqvist, it centres on 12-year-old Osaka, a lonely, bullied boy who meets a seemingly young girl who happens to be a vampire. As the story unfolds, we watch as she becomes his friend and saviour.

But before this must-see piece of theatre reveals itself, audience members take their seats, squeezing past props with eerie promises, including a medical drip bag next to a mid-century hospital stand. Then the fast-moving cast take over, all quick changes and character unveilings, including a sinister older man whose face is hidden by a face mask. Horror lovers are in their element.

The show, adapted by Jack Horne and directed by Bryony Shanahan, expertly blends horror and vampire myths and is performed superlatively by the cast, with numerous moments which have the audience on the edge of its collective seat.

I loved this outstanding production, which works perfectly for a time of year when temperatures drop and the nights draw in. And, like so many of the Royal Exchange’s shows, it makes the most of the in-the-round venue with every inch of space used to dramatic effect. Superb.

Let The Right One In is at the Royal Exchange, Manchester until November 19, 2022. For tickets, follow this link: https://tickets.royalexchange.co.uk/event/let-the-right-one-in/ 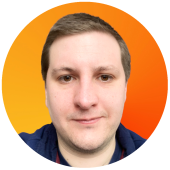 James Richardson is Northern Soul‘s Marketing Consultant. The creator of Foodie James Marketing (FJM), James has been in marketing for more than a decade having originally studied marketing at the University of Derby while working in telecoms. Over the years, he has held various roles at large blue chip companies in marketing, account management and sales. His work has included product launches, product promotion, and media expansion in both a design and talent role. His focus is: where is your business now, where do you want your business to go, and how will your business get there. He regards his job as removing the stress out of promoting your business, and he’ll use different methods to do this including print, major media campaigns, and a full service digital suite. You can email James at james.richardson@foodiejames.co.uk, check out his website at www.foodiejamesmarketing.co.uk or find him on Instagram here: @jamesmanchester_foodiejames