If ping pong strikes you as an unlikely sort of hook on which to hang a play, you might be right.

There’s a lot to like in Jonathan Humphreys’ production, making its world premiere at Manchester’s Royal Exchange. It’s full of humour and dynamically told, with a constant flow of momentum around the stage – which, in a neat touch, is bat-shaped. Simple and uncluttered, it still finds space to incorporate flourishes such as a doo-wop number, impressionistic ping pong matches, a cameo from a van and various narrative time-slips. Indeed, the central conceit is that young Walzer is played by very much full-grown Elliot Levey, effectively as subjective main character and objective wiser narrator combined. It’s a gamble but this does work, thanks mostly to a sterling, deft performance by Levey. Elsewhere in the cast, Tracy-Ann Oberman excels in the somewhat thankless role of Walzer’s fretful mother Sadie. 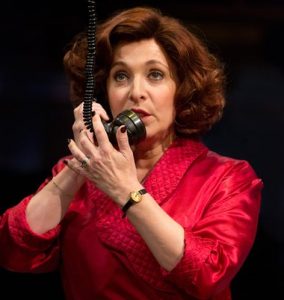 If truth be told, the problem here is that The Mighty Walzer never becomes more than the sum of its parts. It’s undoubtedly entertaining, and there are some fine comic moments. But it’s all rather inconsequential. The characters, though well sketched, don’t develop much as it goes on. Not even Walzer seems to have progressed a great deal by the conclusion. In narrative terms, not very much happens at all other than family ructions, broken hearts, simmering rivalries, lots of ping pong – and then only in a haphazard sort of way. The milieu it depicts, the life of a adolescent Jewish lad coming of age in 50s Manchester, is striking and evocative, but this in itself isn’t taken anywhere particularly interesting. As a portrait it’s pleasing, but as an unfolding narrative it’s very slender. The characters are worth spending time with, but their tribulations are far from compelling. And while this might suit the sprawling, unhurried, layered medium of a novel, it sits awkwardly as a two-hour play.

Ultimately, then, this is a perfectly enjoyable piece of theatre, but it’s unlikely to change anyone’s life – unless, perhaps, the tic-tic-tic of the ping pong balls inspires them to take on a new hobby. 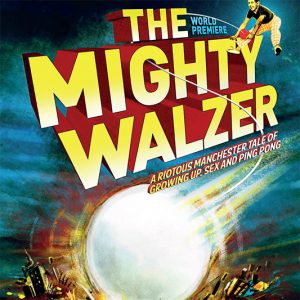 What: The Mighty Walzer