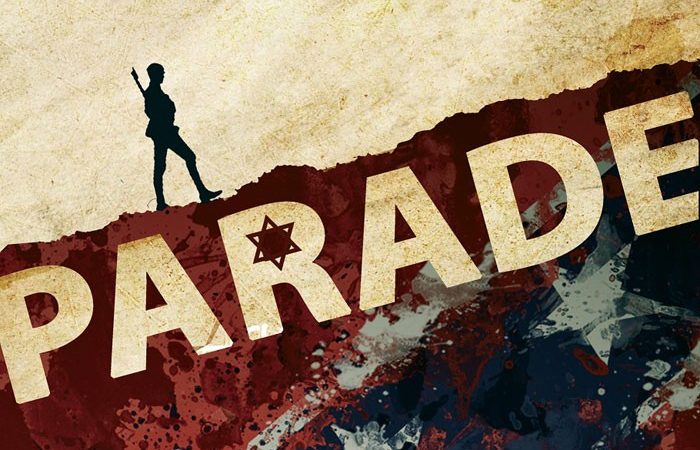 The 120-seat Hope Mill Theatre in Ancoats is home to smaller scale work but there’s no denying the high ambition in the staging of this lesser-known musical. Based on true events, Parade is set in 1913 in the bigoted city of Atlanta, Georgia where a young girl has been found dead on Memorial Day. Locals and officials demand that someone – anyone – pays for the crime and they won’t let little things like proof or justice get in the way of a prosecution.

Caught in the middle of this world of prejudice, misjudgement and corruption are Leo and Lucille Frank. The real heart of the piece is their meandering love story that gets stronger with every new injustice.

The score, by Jason Robert Brown, won a Tony award and rightly so. Gospel fuses with blues and intercuts with swing to really drive the action along. Powerful and jarring when it needs to be, stirring and moving to add that extra emotional punch. The excellent nine-piece band responsible are a vital part of the action.

In such a music-drenched piece, is this a cast of singers who act or vice versa? Either way, the strong vocal performances throughout were stunning. Of particular note was Laura Harrison, sublime and strong as Lucille, and James Wolstenholme was impressive as both an idealistic governor and a gutter-raking reporter. Tom Lloyd is also effective as Leo, managing to pull off the tricky balancing act of giving us a character who isn’t particularly likeable yet you still end up rooting for him.

My gripe with musical theatre is that sung/acted performances can feel unnatural. Thankfully Parade never strays too far into that over-performed style. It could have also felt daunting having a cast of 15 perform just inches away. But it was a real thrill being able to experience every expression, twitch and tone, all adding to the emotion of an already moving piece.

Every inch of the theatre is used to its full advantage, making no compromises for spacial limitations. Entrances and exits happen all around and this creative simplicity works well, allowing the story to shine through.