As the chilly weather sets in, the Palace Theatre brings the magic of winter early with Derek Deane’s Swan Lake, sitting like a whisper on a Manchester stage for just three nights.

The enduring fascination with this beloved dance of lovers is testament to ballet’s ability to enchant through the centuries. And what better production to see on a grey and windy night than Tchaikovsky’s Swan Lake, adored for more than 140 years and now back in the North of England.

Played live by the English National Ballet Philharmonic, the story, which consists of four acts, alternates between the palace and the lakeside. But the depiction of Princess Odette’s capture by wicked sorcerer Rothbart (Junor Souza) showcases a stunning transition. Odette’s human to swan transformation takes place under Rothbart’s wings, an illusion which caught the audience by surprise. The princess, played by Fernanda Oliveira, emerges with her arms extended, ripping like water and mimicking the elegance of fluttering wings.

As ballet is voiceless, the live music plays an integral part, not least the the famous Swan Lake repertoire, orchestrated by music director Gavin Sutherland, which haunts the production as a constant reminder of the curse upon Odette. The growing melancholy of the princess’s struggle between love and evil is tangible.

Along with the vision of artistic director Tamara Rojo, the staging is a thing of beauty, reminiscent of John Everett Millais’s painting of Ophelia in its inspiration. The palace is decorated with greenery, gold and light, contrasting sharply with the eerie dimness of the lakeside flushed in deep blue.

Act four, the final scene, is the most impressive image of the lakeside – the stage is in a bed of fog which delivers the full extent of the dark magic that lingers. At first glance, no one appears to be on stage. But as the fog unfolds into the audience, the swans are revealed in the abyss.

There is so much talent here, flowing, leaping and turning, so many masters of their craft, including Oliveira and Ken Saruhashi as Prince Siegfried. It’s not every day you see principal dancers and soloists on main stage. Act two delivers a strong routine of the swans together as if they were notes on a stave, expressing the music through movement. It’s easy to forget that each dancer is an individual when they unite so beautifully.

Seated among the audience were members of the Coronation Street cast. During an interval, I snatched a few words with Sally Dynevor (Sally Metcalfe) to see what she thought of the show. “I’m really, really enjoying it. I can’t remember the last time I saw the ballet, it was probably 30 years ago. I love the music. It’s so wonderful to see these incredible dancers, doing some incredible things. It is so mesmerising, and they all are absolutely beautiful.” 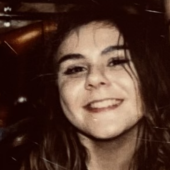 Exhibition Review: Prints of Darkness – Goya and Hogarth in a Time of European Turmoil, The Whitworth, Manchester