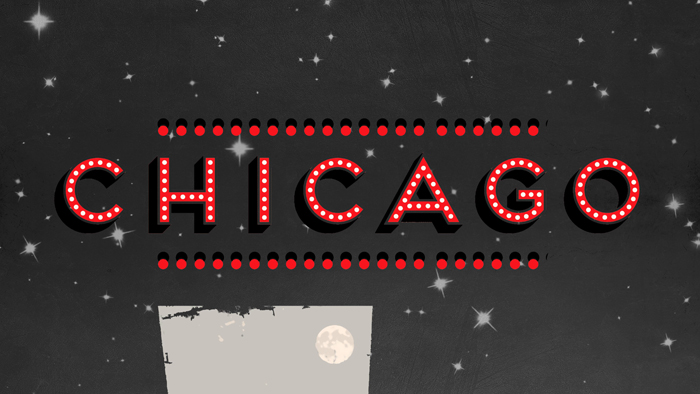 The movie of Bob Fosse’s Broadway epic Chicago picked up numerous Oscars and the live version has toured endlessly with, to my mind, a series of soap actors blunting its cynical edge. Now it is being revived for the first time in over a decade at the Oldham Coliseum.

This venerable old theatre has survived all the ups and downs of theatre life for 125 years. It’s a bold move to pull together a cast of unknowns to take on Fosse’s best work, all under the watchful eye of artistic director Kevin Shaw.

“I think is perfect for us because what we are doing with it is taking Chicago back to its 1920s’ roots,” says Shaw during a break in rehearsals. “Originally it was conceived as a satirical piece based on American vaudeville of that period and it is based on a true story – would you believe – from 1920s Chicago. Our theatre is 125 years old, a very traditional proscenium arch theatre, and the piece is really vibrant so it felt it was an ideal for the Coliseum to put on. The rights came up so I thought I’ll grab when I’ve got the chance, and it is the first new interpretation of the piece since 1997.”

Many theatres seen addicted to having at least one big name in the cast but this ensemble is free of any soap, Casualty or Bill veterans.

“It was a deliberate decision,” says Shaw. “There are 1000s of extremely talented jobbing actors out there who no-one has ever heard of because they’ve not done the soaps, so it was all about looking for the right skill-set rather than a name, and at the Coliseum we do this an awful lot. We always have quality performers who work as an ensemble and deliver the story. 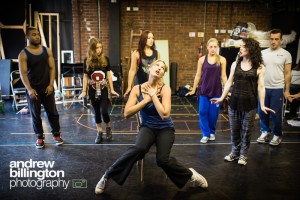 “We’ve got a double whammy for the cast as a number of them are actor/dancers/musicians so they play as well. We did run a through and they’ve done incredibly well, plus it was a chance for a lot of our technical team to watch. They were gobsmacked at the quality of the performances.”

Anyone who has seen Chicago on Broadway or in the West End, before it became a rest home for fading stars, knows this show is one of the cynical ever staged.

“It’s quite a satirical piece and I’m not sure that anyone has looked at that. It looks at the American justice system, making celebrities out of criminals or that anyone can become a celebrity for doing something stupid, and I think that’s as relevant today as it is ever was. It is really a parable for our times, and it comes round again today with endless reality TV. I’m not saying people can become famous for being murderesses like Roxie and Velma do but there is a parallel there definitely.”

Shaw adds: “At its heart it is a satire as things like give them all the old razzle dazzle is all about conning the justice system and getting away with murder. I think sometimes those songs can be viewed as very showbiz, but actually it is a biting commentary on the judicial system. I don’t want people to think they are coming here for a lecture, as it is very good fun.”

Fosse himself had come off the triumph of directing Liza Minnelli in Cabaret to create Chicago, but his personal difficulties helped give the show, and his distinctive dance steps, its downbeat moments.

“He was kind of driving force behind the setting for Chicago and a lot of dark humour in it is down to Fosse and where he was at the time. At the beginning of rehearsals for the original show in 1975 Fosse had a heart attack so he was in quite a dark place, and I think some of the humour reflects what he was going through then. I believe Kander and Ebb pulled him back from the really dark stuff.” 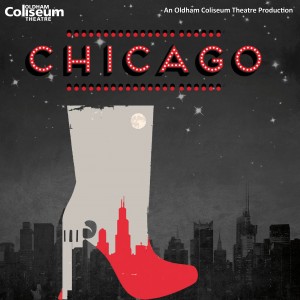