A new exhibition in Sheffield brings together old and new artworks to explore the world of John Ruskin. Do modern artists have just as much to say about the role of creating beautiful things as the Victorians did?

You might have heard of John Ruskin – a 19th century writer, art critic, lecturer, social reformer and generally rather clever chap. He’s particularly remembered in Sheffield where he paid for a small museum collection to be made available to the town’s steel workers. And it’s in Sheffield, at the modern Millennium Gallery, that some of his work is currently displayed in the exhibition In The Making: Ruskin Creativity and Craftsmanship.

As a wealthy gent of the establishment, Ruskin looked at the world around him and saw rising industry, commercialism, greed at the same time as an abandonment of the simpler things in life. He encouraged everyday Victorians to work hard in the factories and workshops, but also interact with the natural world around them. He urged them to appreciate the value of honest, handcrafted things, rather than mass-produced products. 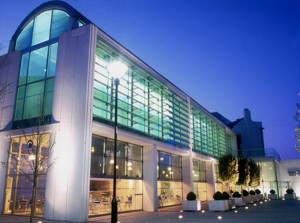 Ruskin claimed the act of making something brings together three key aspects – the skills of the maker, the material it’s made from and – perhaps most importantly for him – the human spirit of the craftsman. For Ruskin, creative effort shapes an artist just as they in turn shape the stone they sculpt or the fabric they weave.

Ruskin had an affinity for Sheffield, where his collection was used to educate the town’s workers in the relationship between art and society. As they didn’t have the means to go on The Grand Tour, he thought he’d bring beautiful things to them. Those things are still in Sheffield today and some are used in this display.

The exhibition is full of beautiful things, old and new. Some pieces were collected by Ruskin himself, while others are modern and borrowed from collections across the country. Each shows us something about making things.

It’s somewhat of a philosophical exhibition, asking us to consider the moment of making rather than the finished product. Museums Sheffield could have taken an easy option here by asking us to look at the process by which makers make something – the steps that they go through. But that’s what London’s Design Museum would do. (Incidentally, its 2014 show about that very subject was also called In the Making.) 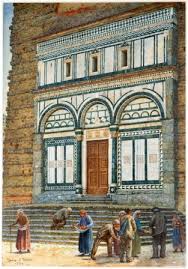 But this exhibition isn’t simply a behind-the-scenes look at the physical techniques used to create art. It’s about materials, yes, but it’s also about skills and creativity. It’s about the mental process that a maker undertakes when creating something.

The gallery wants visitors to engage with the ‘wonder of the objects’.  That’s all well and good and there are some really rather beautiful things on display. But but for a non-specialist audience, it’s quite a big ask to understand the context in which they are set without having read Ruskin’s theories. That contextualisation is somewhat absent in the show.

A clear way to show Ruskin’s influence on modern artists is to ask one of them to talk about it. The first object we see is a pot made by Turner Prize winner Grayson Perry, an artist known for engaging in the debate between what is art and what is craft. At a nearby soundpost visitors can listen to him talking about his modern interpretation of why the process of making is so special. Anyone visiting the exhibition would do well to listen to the five-minute track – he has a rather charming rant about the state of modern craft, baking bread, the perils of scrapbooking, the future of digital and doing a poo. 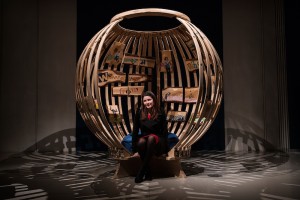 The gallery has also sought to bring the story up to date by commissioning new artworks to sit alongside works by Ruskin and his contemporaries.

When faced with taking Ruskin as inspiration some artists have simply responded to his interest in the natural world – pretty straightforward really. But one of these has really captured the essence of Ruskin and also provided somewhere to sit down. What you do – Where you’re from – Who you know’ is a giant, wooden hamster ball that visitors can get inside. Artists Mir Jansen and Henk Littlewood made it out of a single tree from ‘Ruskin-land’, an area of woodland in Worcestershire’s Wyre Forest. The interior of the ball is decorated with images of music, insects, dance and protest. It asks us to think, but also to stand back and admire craftsmanship, and of that I think Ruskin would be proud.

This isn’t a straightforward exhibition and it doesn’t answer all the questions it sets itself. But it does gently remind us that we live in a world of cheap IKEA rubbish, mass-produced on assembly lines. Stopping to look again at that moment of creativity when something beautiful is made can’t be a bad thing.

In The Making: Ruskin Creativity and Craftsmanship is at Millennium Gallery, Sheffield until June 5, 2016. Entry free.