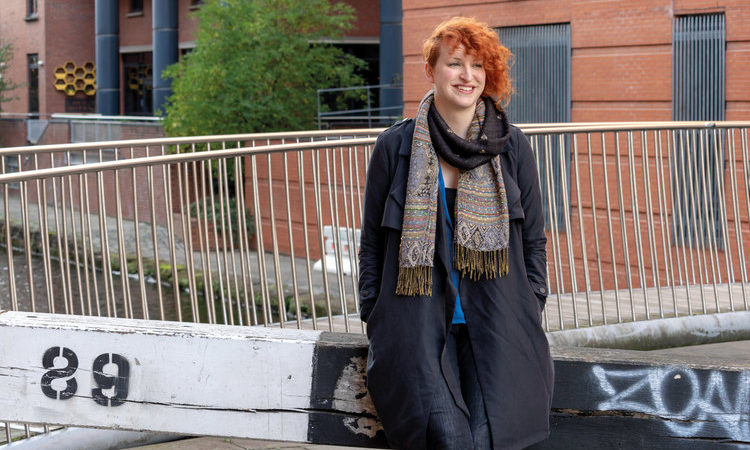 Whether it’s stuffing the freezer full of items we don’t need simply because they were a bargain, chucking things away based on the sell-by date or reaching for takeaway apps, we all make food choices that aren’t beneficial to the environment, our health, society and even our wallets.

Food waste is a far bigger problem than we realise. According to WRAP‘s research and estimates compiled by the Food and Agriculture Organization of the United Nations (FAO), approximately one third of all food produced in the world is lost or frittered away. This equates to a global annual $984 billion black hole due to food waste. In the UK, the yearly loss figure is £20 billion with £810 worth of food thrown away by the average UK family every year. These are shocking statistics. Thankfully, there are people trying to do something about it.

Enter Open Kitchen MCR, a not-for-profit community interest company which tackles environmental and social problems via a mix of practical action and campaigning. The organisation intercepts food that would otherwise go to waste and transforms it into catering for conferences, meetings and special occasions.

Formerly Real Junk Food Manchester, the enterprise has also partnered with local indie brewer Beer Nouveau to create Surplus, a range of beers using a host of fresh ingredients that would otherwise have gone to waste. And they’re holding waste beer and food events on the second Friday of every month in the city.

So, what is the importance of reducing food waste? “Around 10 per cent of the UK’s carbon footprint comes from food that is produced and then wasted,” explains Bell. “So, in terms of our push as a country, and as a city region, to get to carbon neutral reducing food waste is a huge part of the solution. Food waste rotting in landfill releases methane which is around 25 times worse for climate change than carbon dioxide.

“We have over eight million people in poverty so deep that they struggle to afford enough food. Food waste is, without a doubt, the dumbest environmental problem that we could possibly have, and it happens because food is a business. Food doesn’t become waste when it’s rotten, or when it will make someone ill, food becomes waste when it’s cheaper to dump it than it is to keep it in the system.” 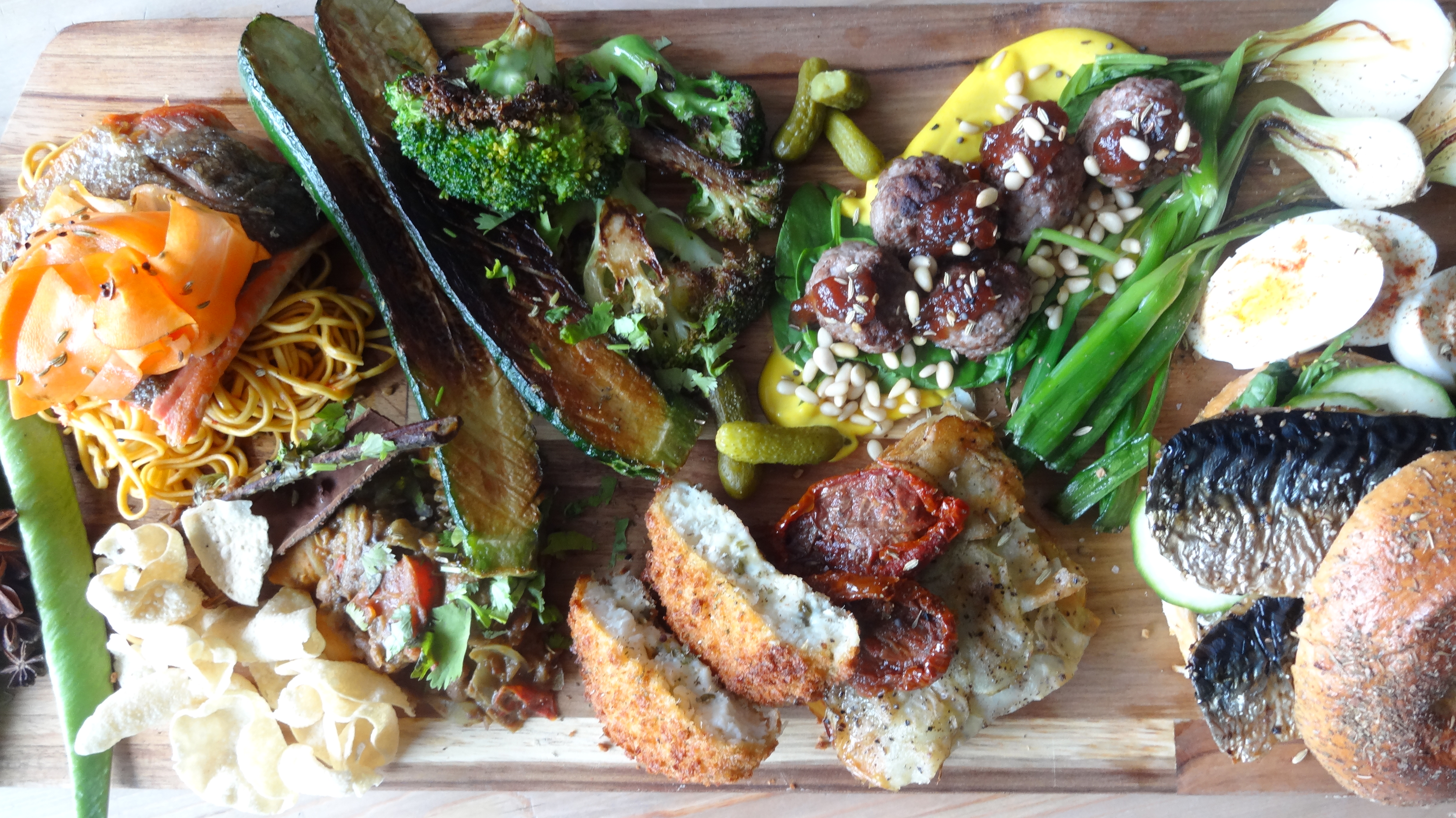 There are plenty of things we, as consumers, can do to reduce food waste in our own homes as well as when we eat out in restaurants. “For most affluent homes, the answer is buying less,” says Bell. “Those with the least disposable income tend to waste the least food, so the pressure is on those who can afford to waste food to buy less, use up leftovers, and find recipes to use up left over fresh food like vegetables.”

My own diet is (mostly) plant-based, a decision I made after researching the food industry’s impact on the environment, our health and well-being. Although I’m at the beginning of this change, I already feel healthier and I tend to spend less on my weekly shop. While I don’t suggest that everyone give up eating animal products, it is the case that significantly reducing our dairy and meat intake will have a beneficial impact. According to Earth Day, skipping meat and cheese one day a week with your family would be the equivalent of taking your car off the road for five weeks or reducing everyone’s daily showers by three minutes.

In 2018, large supermarkets and manufacturers signed up to efforts to drive down the UK’s annual food waste bill by committing to halving waste from ‘farm to fork’ by 2030. But how can the industry make food systems more sustainable and fairer for all? 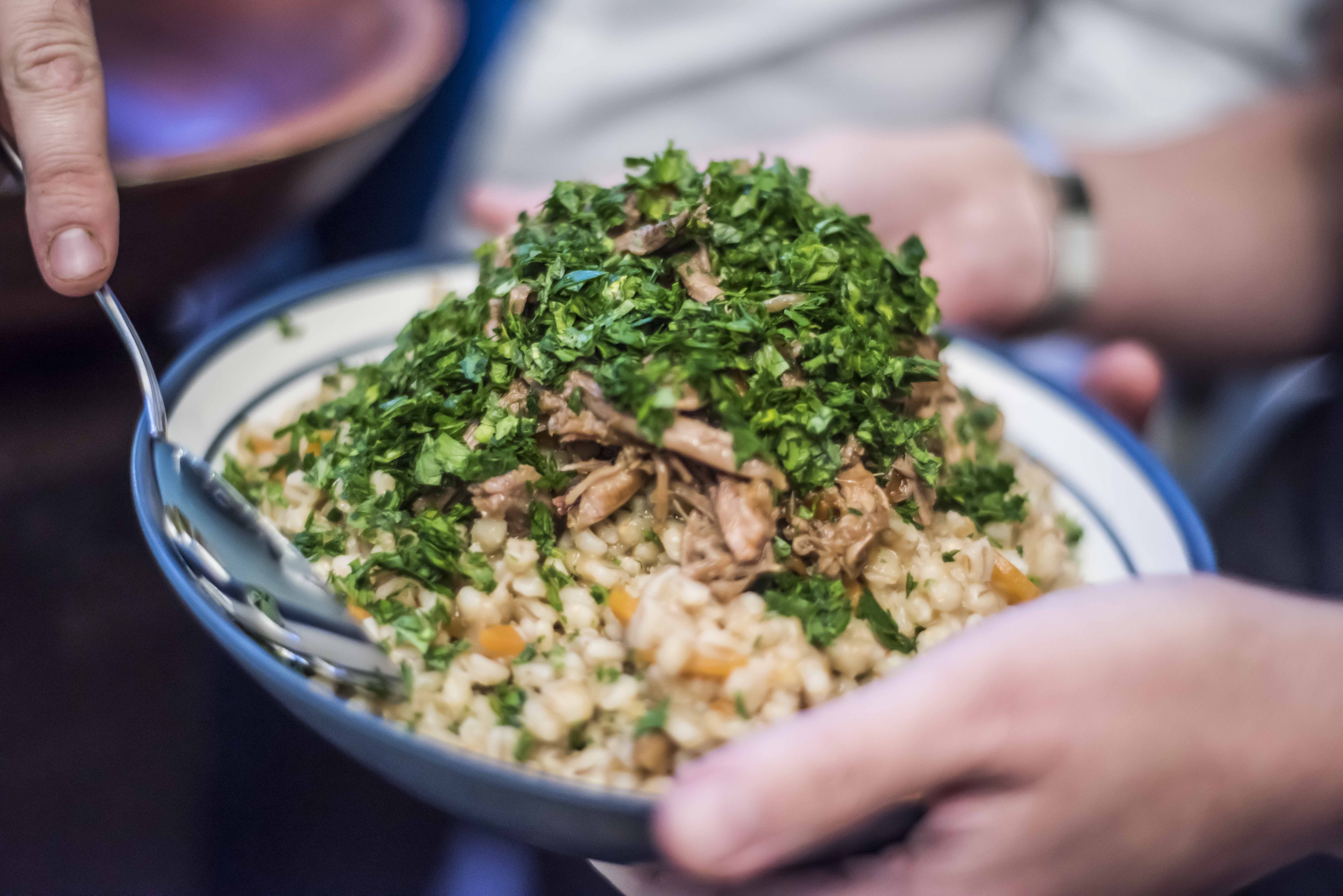 “The food industry, and the business sector in general, needs to finally get its head around the fact that if any organisation – business, community, charity – isn’t environmentally, socially and financially sustainable, then it isn’t adding to a well-functioning society. Research shows that organisations and businesses that consider the social and environmental future of their operations, rather than just the finances, are more robust in the long-term, have less turnover of staff and weather economic depression better. There are some great examples of more ‘mission and value’ led businesses emerging and it’s great to see. I’ll be happy when that is considered business as usual.”

She continues: “Supermarkets, by their very nature, are pretty unsustainable beasts. Once a food business gets beyond a certain size the logistics and margins of running the business tend to lead to waste. There’s always a lot more that supermarkets can do, and it’s been good to see some steps in the right direction recently, but large national and multi-national companies focused on profits are unlikely to be the centre of our sustainable food future.”

Supporting local independent food and drink businesses is an integral part of reducing waste. “Obviously not all local businesses are focused on reducing waste, and some are better than others, but there’s a lot of research that shows that the shorter the supply chain, the less waste there is. We should really be aiming to support local businesses who support other local businesses and suppliers. Choose a local independent butcher who supports local farms and buy from local greengrocers who advertise seasonal and locally grown veg. It makes a huge difference in the impact your diet has on the planet.

“I think the other important thing to say is that sustainability isn’t all or nothing. You don’t have to avoid supermarkets completely, or never buy anything wrapped in plastic ever again. Every choice makes a difference, and it’s OK to start small, make one or two changes, and then build on that over time.”

Bell is also involved with the Plastic Free GM campaign which was born out of the first GM Green Summit and was originally a call to action for the food, drink and hospitality sector in Greater Manchester to reduce avoidable single-use plastics. Bell was a member of the steering group and brought a group of campaigners together (including Manchester Friends of the Earth and SeaStraw) to develop the campaign. She says: “We engage and support food and drink businesses on reducing avoidable single-use plastics and moving to more sustainable choices.” 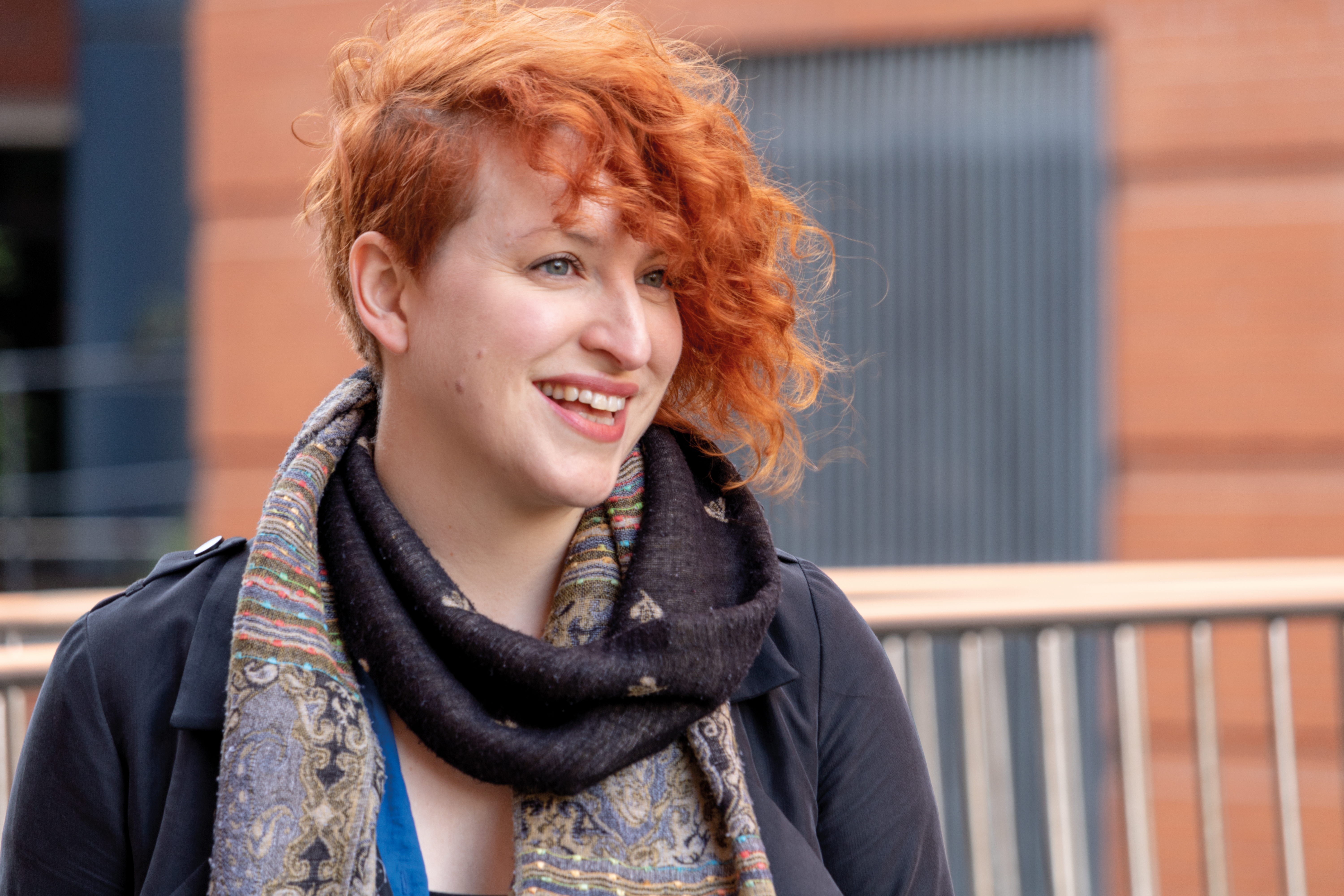 Recently, the UK’s fourth largest supermarket chain, Morrisons, announced that all fruit and veg would be plastic-free after a 10-month trial. My initial response was that more should be done across the board as a matter of policy rather than waiting to see if shoppers engage with the change, but something Bell says helps me to see things from a different perspective. Although noting that “trial periods can be frustrating”, Bell sees the need for supermarkets “to make changes in a more measured way”.

“Consumers react in a myriad of weird and wonderful ways to change,” she explains. “And if the implications of changes aren’t monitored and adapted to, it can end up leading to more waste. There’s always a playoff in terms of carbon footprint between food waste and packaging waste. Sometimes reducing packaging can increase food waste, and the carbon footprint can become even worse, so it’s a good idea to trial new ideas, get feedback, and then roll out once the kinks have been worked out. It feels like we’re in a strange point in history where we’re not willing to accept limits, on our borrowing – we’re in more debt than at any point in history – in our consumer choices, and in terms of the sustainability of the planet. Infinite choice and convenience are completely unsustainable.”

The word ‘sustainable’ seems to be synonymous with lack, but to live a more conscious lifestyle does not mean depriving ourselves of our favourite things or striving for perfection.

“Sustainability isn’t about going without,” agrees Bell. “But it is about accepting some simple truths. We learn when we grow up that you can’t eat cake for every meal without consequences – rotten teeth and a sore stomach among others – but sometimes it feels like we’re weirdly unwilling as a society to accept that we can’t all use more than our share of the planet’s resources indefinitely and keep going.”