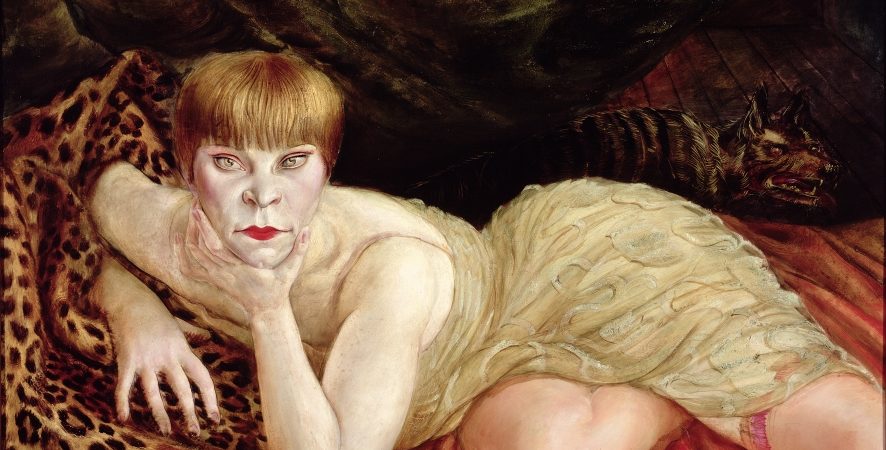 Classification is a useful technique to employ if you are responsible for arranging the contents of a library. Armed with just the Dewey Decimal System and some sturdy shelving, it’s possible to place all of human knowledge in its rightful place.

But the classification of human beings is something else. Throughout the first half of the 20th century, it was the classification of people into categories, with hierarchies of intelligence either explicitly stated or implied, that led inexorably towards humanity’s greatest crimes. Since then, the ordering and sorting of humanity has been understandably connected with the discredited political right.

However, there was something about the politics and science of that century that led others in similar directions. Drawing conclusions from the innovations of Darwinism, the urge to selectively breed humanity – and, by implication, to categorise human ‘types’ into the desirable and undesirable – was prevalent across the political spectrum. Even William Beveridge, the mind behind Britain’s welfare state, once suggested that those with “general defects” should lose their citizen’s rights.

We are familiar with one of the ways in which these ideas took hold in Germany, but Tate Liverpool’s new show, called Portraying a Nation: Germany 1919-1933, reveals a more benign, but no less single-minded, obsession with categorising society.

August Sander was a German photographer who embarked on a lifelong mission to document and delineate the people with whom he shared his world. From 1920 until his death in 1964, his People of the Twentieth Century project saw him photographing farmers and factory workers, bakers and bohemians, the wealthy and the socially excluded. But instead of preserving these people’s identities by referring to them by name, or claiming to get to the heart of who they were, he slipped them into categories according to their profession or social situation. 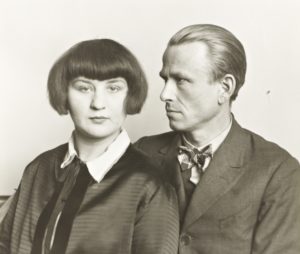 For instance, in the bloc he called Group III: The Woman, we find categories for Woman and Man, Woman and Child, and The Woman in Intellectual and Professional Occupation. In Group IV: Classes and Professions, we find categories including The Soldier, The Businessman, and The Politician. A section called The National Socialist was added later, once these political footsoldiers became a visible and unignorable force.

Tate Liverpool devotes the first half of Portraying a Nation to Sander, presenting hundreds of these largely anonymous portraits in relentless succession. Identical in format – quite small, black and white – they ring the gallery walls, revealing subtleties of personality only when inspected from close range. From a distance, we might generalise based on what we know of Germany and its economic and political situation at the time; it’s only when we go in close that we begin to read the nuances of these endlessly differing lives.

The gallery doesn’t leave us to interleave the personal and the political alone. Instead, it presents Sander’s photographs chronologically (as opposed to showing them in the categories and groups he presumably intended), and complements the images with large, handwritten texts that explain what was happening in Germany at the time.

As a result, there’s a lot of reading in this show. The photographs alone are quietly fascinating, but coupled with the irresistible onrush of history presented month by month, year by year, those eyes looking back seem to become darker, deeper, more intense. 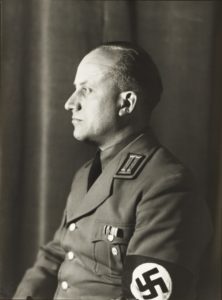 Because we can see these people’s futures – via the general sweep of history rather than being able to read their specific fortunes – Sander’s project carries more emotional weight than he could have imagined throughout the 1920s or 1930s. However, it seems likely that he must have come to appreciate the significance of these times and places, these people buffeted by forces beyond their control.

New categories were added to his library of humanity as time went on, including Political Prisoners and The Persecuted, both testament to the way the century’s ill winds were blowing. Even Sander’s own son was arrested for his political activity in 1924 and locked up for a decade, eventually dying in prison shortly before he was due to be released.

If Sander’s political sympathies become clear via his empathy for the rejected and ignored, his work retains a dispassionate clarity even during the years of increasing Nazi terror. The same can rarely be said for the painter Otto Dix, whose work makes up the second half of Portraying a Nation.

For Dix, represented here by works drawn from the period between 1912 and 1932, painting was often a means of capturing the behavioural extremes of a world that was breaking apart. Where Sander coolly caught the surface textures of human society, Dix plunged into the fissures that ripped through Germany’s shattering inter-war democracy, and emerged with paintings that laid bare a swollen sexuality and brutal violence. 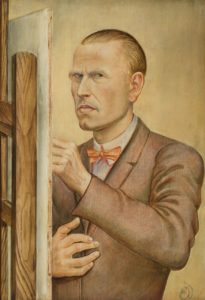 Having experienced the First World War as a soldier, his early war sketches bleed into etchings and watercolours of strippers, suicides and funerals, and works with titles like Dedicated to Fetishists or Sex Murder.

With a fascination for what he called “life undiluted”, his paintings of sailors and prostitutes reek of intoxicated lust. Gruesome and cartoon-like, they often seem to me to resemble the pinched and pouting caricatures of the British illustrator Ronald Searle, but instead of school ma’ams and Nigel Molesworth, here we have back-alley couplings and full-frontal displays that owe nothing whatsoever to the tradition of the classical nude.

The exhibition also includes The War, Dix’s series of 50 etchings that reveal the things he saw and stories he heard during his time in the military ranks. Clearly influenced by Goya’s Disasters of War, the images are overwhelming in their horror, sickening in their matter-of-fact moral collapse: soldiers smoke pipes next to corpses, skeletons hold rifles, our poor earth is left cratered like the moon.

But these weren’t simply the isolated obsessions of a man who had seen too much pain. The series was published in 1924 when the First World War’s after-image was still burned into Germany’s soul, just after Hitler’s rage at that national humiliation had fuelled his first violent attempt to seize state power.

Not that all his work was dedicated to the darker shades of life. The exhibition also shows how he took on the techniques of the old masters, particularly in his use of egg tempera and oil, to create some telling yet restrained portraits of the people who were caught in Germany’s unravelling inter-war web.

While these works include glimpses of suggestive furs, decadently pasty faces and seductive, sexualised beasts – the prowling Reclining Woman on a Leopard Skin is particularly predatory – his commissioned portraits of successful businessmen and intellectuals are also fascinating. Rigidly posed and crisply painted, works such as Portrait of the Photographer Hugo Erfuth with Dog place a painstaking, precise technique in the service of art that executes its commercial imperative while also conjuring atmospheres that are beguiling and strange.

Although Portraying a Nation is formed of two separate exhibitions – the August Sander show is from the Artist Rooms collection while the Otto Dix comes from Kunstsammlung Nordrhein-Westfalen in Düsseldorf – the fusion of Sander’s photographic objectivity with Dix’s painterly indictments forms a fascinating whole. The two shows have very different atmospheres, methods and intentions – where Sander classifies Germany’s citizens, Dix blows the categorisations apart – but seen all of a piece, this is a serious, sobering and sometimes startling means of seeing a doomed nation through the prism of art.