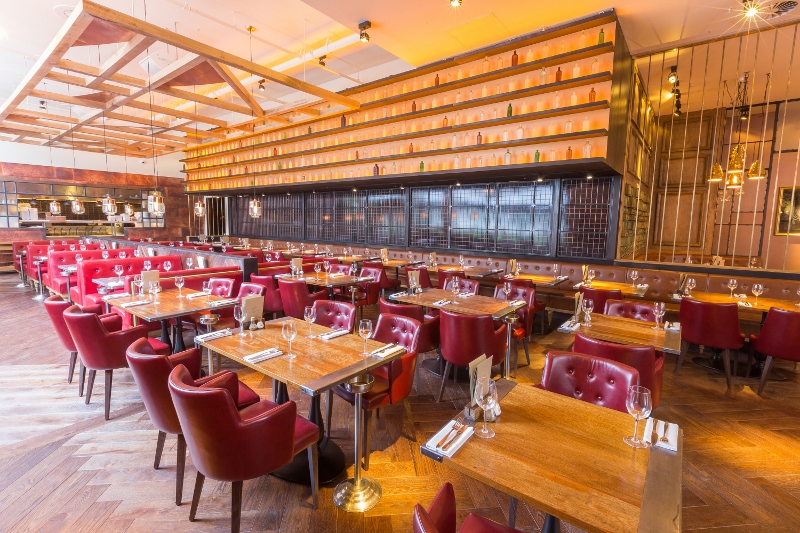 Double, double toil and trouble, fire burn and cauldron bubble. Those three witches from Macbeth had the right idea about making potions. Well, almost. At The Alchemist in Manchester’s Spinningfields you won’t find any dog’s tongues, newt’s eyes or other nasties in their potions.

The Alchemist has been a city centre favourite for years but has recently had a makeover, both in culinary terms and décor-wise. The restaurant is a member of the Living Ventures group, a name which, from experience, I’ve come to suspect is a stamp of quality in Manchester. 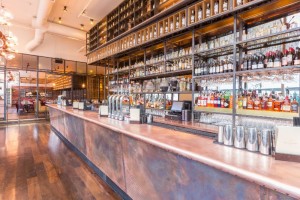 Sadly, some areas of Spinningfields can feel a bit snobbish. Thankfully, The Alchemist is one of the exceptions and is a lovely place to catch up for lunch. It has recently doubled in size inside and out – as well as the original bar area there’s also a separate area for dining. The décor is fitting, with giant alcohol molecules hanging from the ceiling and lit-up glass bottles aplenty, alongside a bar which is sumptuously stocked, and for a good reason.

If you’re a cocktail fan then this is a sanctuary of heavenly ambrosia, and if you’re not a fan then you’ll easily be won over by the magic. Yes, as the name suggests, magic is a theme here, enough to please any muggle. In fact, The Alchemist’s logo looks suspiciously similar to the Deathly Hallows of Harry Potter fame. 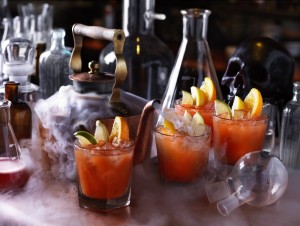 At any other restaurant a cocktail in a plain glass would be standard practice. But The Alchemist doesn’t ascribe to this. Each of their creations is presented with great flair and panache. Little flasks are common – like you used to see in school chemistry lessons – filled with liquids which are combined to gain your chosen brew. With colour changes, smoke, bubbles, foam and great balls of ice, these delicious chemical reactions are enough to excite all ages.

The friendly staff are equally involved in the fun, recommending their favourite creations and siphoning dry ice and flavoured smoke as they set down your flasks, and the atmosphere of the restaurant is relaxed and amicable. With drinks such as these camaraderie is palpable between tables, as diners peer excitedly at each other’s chemical reactions merrily bubbling away.

As for the grub, I’d recommend the sharing platter to begin with – the beer battered prawns were worth it alone, and were a great way to whet your appetite for the selection of lunchtime filler-uppers: sandwiches, burgers, wraps, fish finger sarnies and hot dogs, served with proper chips. Oh, and crispy, non-soggy onion rings are also available (the beloved onion rings most frequent problem is having a soggy bottom). I must also mention the chocolate fudge cake dessert option because I never usually finish a serving of fudge cake (as I am overcome by the sickly icing), but for once this was the perfect amount of sweetness.

This restaurant has the perfect name. It’s a tribute to the real-life alchemists and mixologists creating the fantastic drinks. Is it over the top? Of course it is. Is it fun? Resoundingly. 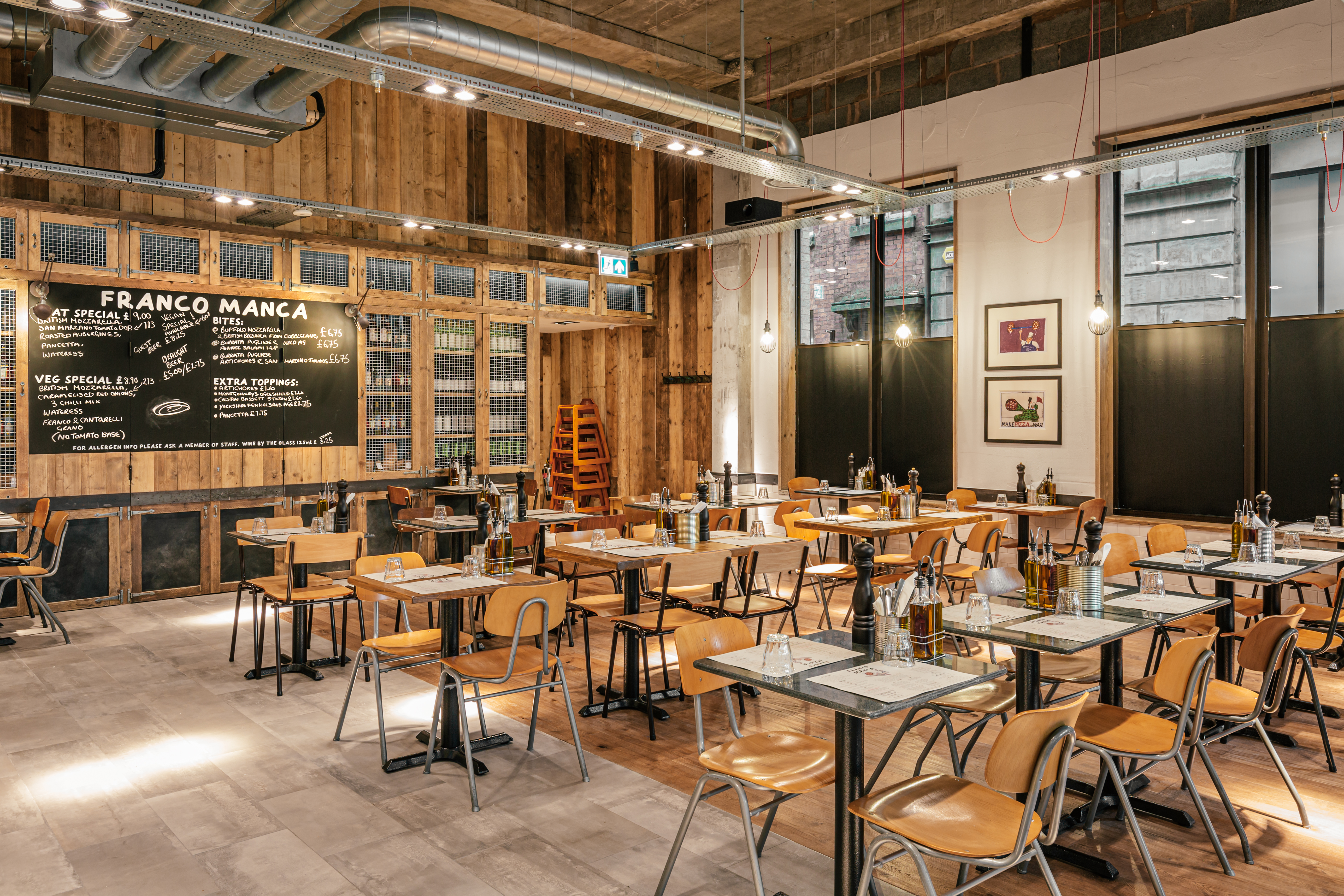 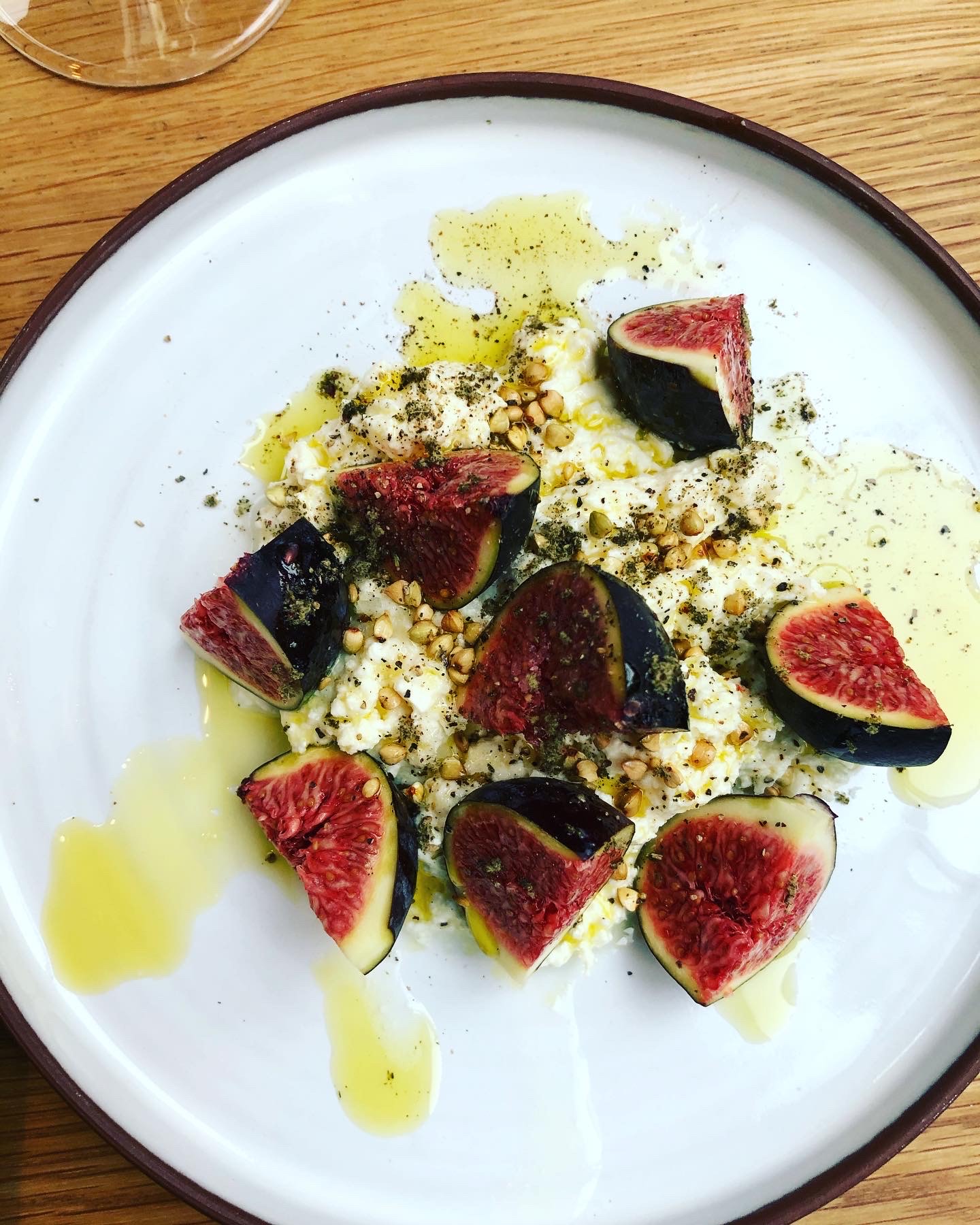 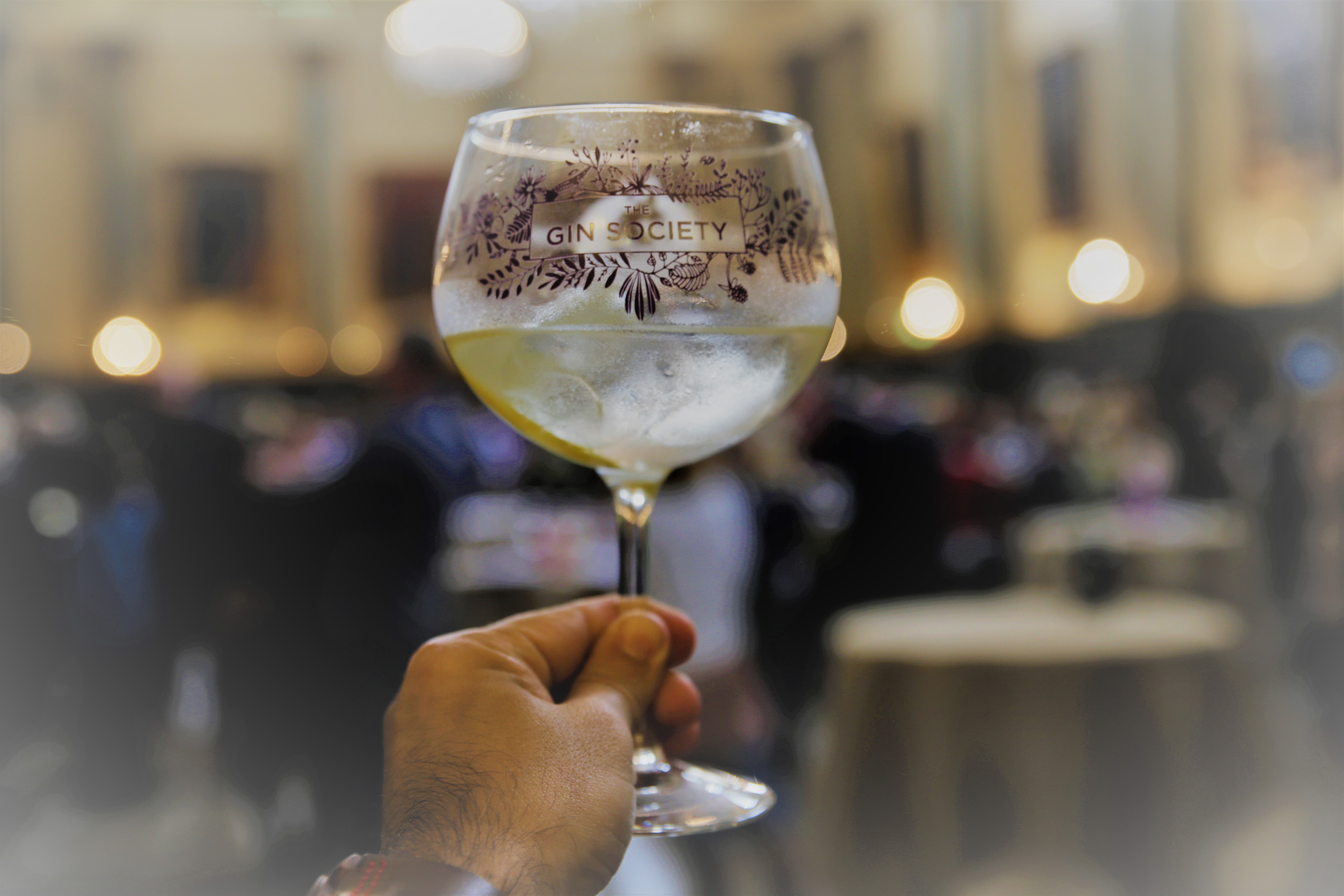 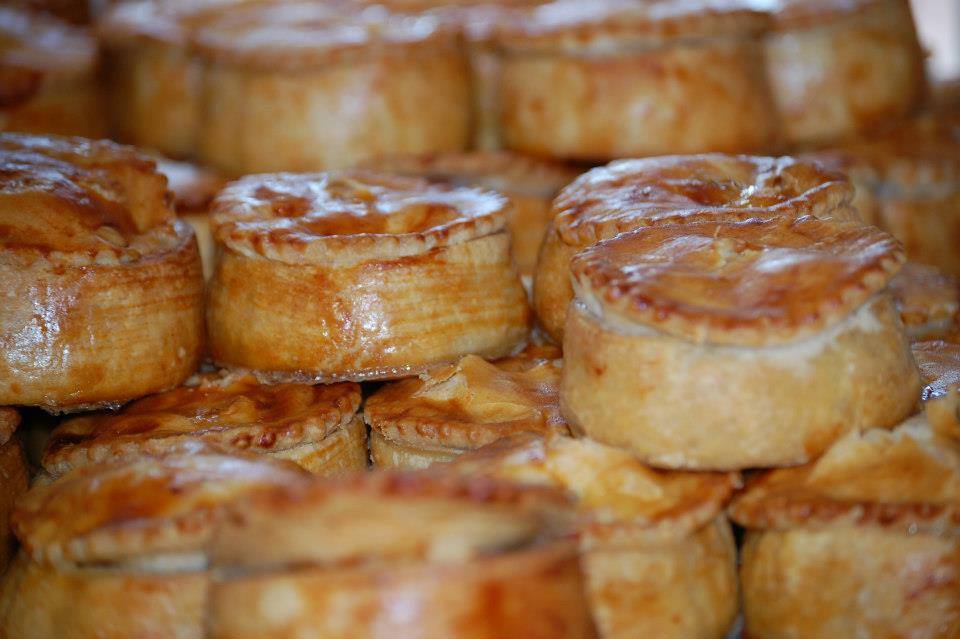