A group of restaurants have joined forces with a Chester charity to provide hot meals for homeless people throughout lockdown.

The Soul Kitchen charity is working with a number of independent restaurants in the city to cook and deliver a range of meals every day of the week. Soul Kitchen, founded six years ago, usually operates a food kitchen based in Campbell Hall, Boughton but is currently operating a delivery service to locations across the city. The organisation, which has about 30 volunteers, also works in partnership with local homeless charity Share, which is supplying breakfasts and sandwiches for lunch as part of the rota, and local church groups.

Local restaurants, including Meltdown, Sticky Walnut, Chef’s Table, Da Noi and Covino, have been cooking a range of meals, puddings and sweet treats such as homemade biscuits and cakes. Helen Anthony from Soul Kitchen says that they have been touched by members of the public contacting them to make donations. The initiative has also benefited from grant funding which has enabled them to purchase supplies from a local butcher and greengrocer.

Anthony says: “Once lockdown started, Cheshire West and Cheshire Council put everybody [who was homeless] into temporary accommodation in hostels, B&Bs and hotel rooms. There are now 150 people in temporary accommodation. The main focus of this initiative was encouraging people to stay at home and not to come out. They are a very vulnerable group and most of them have got underlying health conditions. They need to stay safe at home. As long as we can keep them safe and fed then I think we will have succeeded in doing a good job.

“We are trying to support them all with meals every day using this rota. Gary Usher from Sticky Walnut as well as Meltdown and The Suburbs have been supporting us with meals on a Saturday. Then Gary put a tweet out to see if other restaurants could take a day so they could do a day each and it just went crazy. Within 24 hours, six or seven restaurants were on board. Now we’ve got about 13 restaurants signed up.

Will from Sticky Walnut

“It’s been amazing – it really has. Everybody has got behind it. Some of the comments we’ve had are absolutely lovely and I feed that back to the guys who prepare the food because it’s important for them to hear that their hard work is appreciated.”

Laura Lautrete from Handbridge-based toastie café Meltdown is proud to be a part of this initiative, having cooked and delivered meals for Soul Kitchen for more than three years. She operates a pay-it-forward scheme at Meltdown where customers can add £3 to their bill. She and her colleague Rob Mcintyre then buy ingredients and prepare a range of meals every Saturday evening after putting in a full shift at the café.

An example of the meals courtesy of Sticky Walnut.

Lautrete says: “Helen is incredible. She is the most unflappable woman I have ever met in my life. She gets shit done. Gary Usher did a tweet saying why don’t we do a night each. Within two hours, there were about six restaurants on board and so they had one for each day.

“Normally we do a few pasta bakes but on a Saturday now we’ve got to do 70 meals. We’ve started doing a big stew lately which goes really far. We can put that on to cook on a Friday and let it cook all day. It’s another challenge – and a very worthy one.” 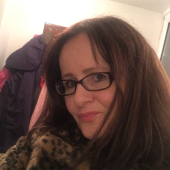 All rise: breaking bread in the North

The enduring appeal of LEGO: Northern Soul gets the inside track

Gardening: A rose by any other name