Have you ever set yourself a plan for the year to come? I have. Traditionally these commitments are made on New Year’s day and are broken well before February is out. This plan is different. It’s October, it’s full of specifics not platitudes such as ‘get fit, lose weight and get promoted at work’, although I’d love to do all of those. It is my plan for the bike, a ‘veloplan’ if you like. One big difference in this plan compared to others I’ve written is that I’m telling you all about it and I’ll be reporting on progress over the next year. If I’m honest, it’s a bit daunting but I know you’re nice folk and you’ll forgive me if it meanders a little as we go.

So what about the plan? Well I’m not precisely sure. In order to help I’ve divided it into four themes:

Over the past five years, riding has changed my life in many ways. I asked one of my most knowledgeable mates where I should take my riding next and he gave me plenty of ideas. He should know, he works for British Cycling after all. Some of the ideas didn’t fit well into my lifestyle, I’m a part-time single parent after all. This limits my potential to ride regularly with a club or other group but I’m sure many readers can relate to a time-poor existence. Trying to squeeze riding in between work, family and social life is a constant challenge for many of us. Over the next year I will prove that, with a bit of imagination and commitment, it is possible to fit a wide range of achievement s into your already busy life.

So what is in this part of the plan? Well, here’s the list: have a go at a triathlon or two, tackle a super-tough sportif (mass participation bike race – think running marathon), ride the Manchester Velodrome at the National Cycling Centre, the Manchester mountain bike track, the Yorkshire stages of the 2014 Tour de France, a range of preparatory sportifs, a training camp in Mallorca, some time trials and an audax ride.  I’m going to be tired!

I’m a half decent amateur mechanic, a skill learned through hours of tinkering on paper round bikes as a kid. I’ll be pushing these skills to their limit over the course of the winter though as I’ll be completing the renovation of a number of bikes waiting for some TLC in my cellar. I’ll also be speaking to Northern folk about their love of tinkering and classic bikes.

Much has been written about the folklore of the sport. Biographies, race histories, famous tours, clubs and characters all make really good reading. I’ll be discovering and sharing the knowledge of the North with you in a truly Northern Soul style,

It is, of course, the people who make cycling what it is today and Northern folk bring a truly distinctive flavour. Expect features on these characters from cycling clubs, hip and trendy fixie riders and those who see cycling as a force for change in our towns and cities.

So there you have it.  That’s the plan for the year and for Riding the North.  I hope you’ll come along for the ride. 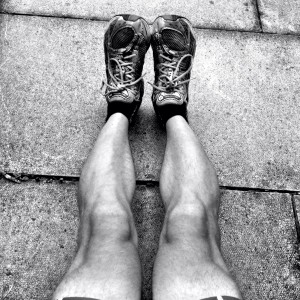 Over the next few weeks Andy will be writing about his attempt at triathlon, his time in the Manchester Velodrome, the Yorkshire route of Le Tour 2014, hills and the Manchester Critical Mass movement.