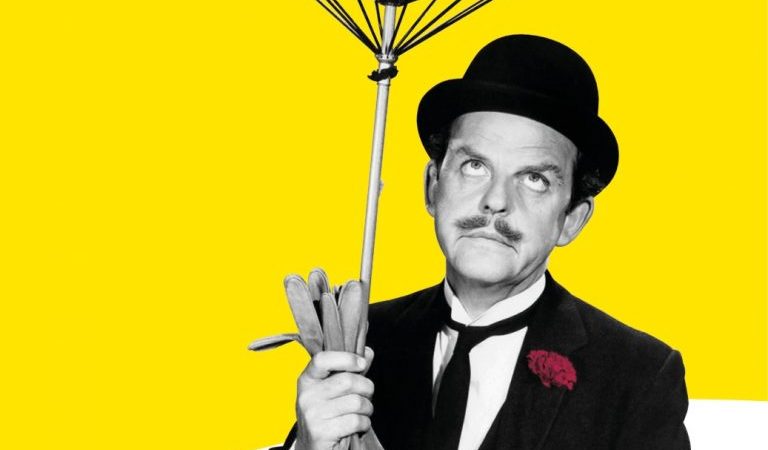 I am told that as a very young boy I was obsessed with the film Bedknobs and Broomsticks, so much so that I demanded to see it at least five times. Apparently I was transfixed by the mixture of film and animation, and my favourite character was Emelius Browne, played by David Tomlinson, an actor very much in the David Niven mould. He was skilled in portraying the upstanding Englishman who lived his life with reserve, understatement and a sense of fair play.

So it was fascinating to see Miles Jupp play Tomlinson in the touring The Life I Lead, a one-man show written by James Kettle (Radio 4’s The News Quiz). Jupp’s Tomlinson entertains us with tales from his own life which included his first forays into the world of theatrical rep, the glorious sunshine of Hollywood, and how he served his country in World War Two. And again the similarities to Niven’s life are evident: an indifferent early relationship with his father and a first marriage that ended in tragedy. Even when he found happiness with his second wife, they faced the challenges of caring for their autistic son Willie – one of the first British cases that Tomlinson subsequently campaigned for.

On stage, Jupp cuts a charismatic figure and easily brings back to life Tomlinson’s physicality and comic timing. But he also conveys an inner sadness. His confessionals to the audience are delivered in cool, soft lighting, emphasising the personal nature, while the more happier, professional highlights are delivered in full stage lighting, perhaps mirroring the blazing Hollywood sun under which he and his boys would often spend time with Walt Disney around the garden pool. Stage props are sparse but wisely used – Tomlinson’s cut-out in the door and the silhouette of Mary Poppins’ Mr Banks conjure the man’s constant presence. 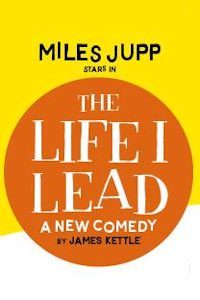 This is a play about relationships, specifically about the bond between father and son. Tomlinson had a strained relationship with his father – ‘CST’. But by the end of his life there is a reconciliation of sorts via a comical rendition of a court appearance. It is a relationship that Tomlinson is determined not to replay with his own boys.The Life I Lead could have been mawkish and cloying, but thanks to a superb script by James Kettle and an acting masterclass by Jupp, a balance between comedy and tragedy is achieved. There are many laugh-out-loud moments that counter the moments of intense, heartbreaking emotion.

Jupp is outstanding as the much-loved gentlemen actor, and he captures Tomlinson’s mixture of seriousness and good natured joviality in a way that feels authentic. He becomes Tomlinson. Jupp is also great with accents, bringing to life the various characters we encounter. Also an accomplished storyteller, he has complete control over the audience. And the production values are excellent, from Matthew Eagland’s subtle and precise lighting to Lee Newby’s sky blue backdrop, albeit with the odd cloud – a touching metaphor for Tomlinson’s life itself.

The Life I Lead is utterly charming and a triumph for all concerned, especially Jupp whose versatility is rewarded by a standing ovation at the close. He leads us into Tomlinson’s professional and personal world with that particular sense of Englishness that repaid Tomlinson so well throughout his life. This is theatre at its very, very best.

The Life I Lead is at The Lowry until February 24, 2019. For more info, click here. For touring details, click here.