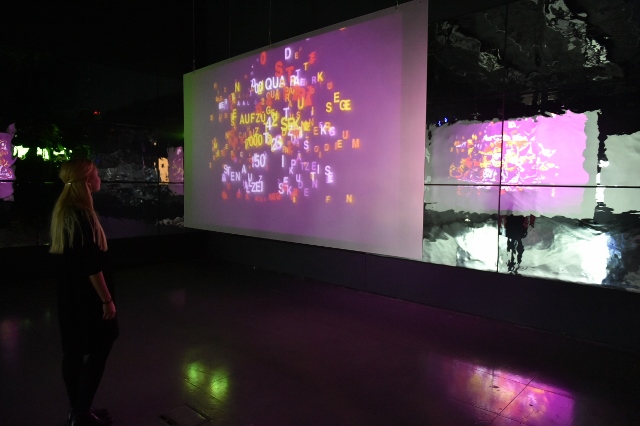 I have a friend who has just finished training as an archivist. I have an idea what this means: I think it involves blowing cobwebs off boxes of old photos while wearing a pair of rave-style white gloves, then occasionally appearing on Who Do You Think You Are? and talking Richard Madeley through his tear-jerking past.

My friend, however, has already led me to understand that my notion is not entirely accurate. He has indeed worn the white gloves, but meetings with weeping celebrities? He’s had none. And after visiting Type Motion, the new exhibition at FACT in Liverpool, I realise that my musty old concept of the ‘archive’ has itself been subject to some technological dusting of late.

Type Motion is ostensibly an exhibition about the ways in which type and typography have been used in tandem with the moving image. To be clear, we’re not talking sub-titles or conventional captions, or any forms of text that are artlessly slapped onto the screen to perform the most functional tasks. Rather, this show is about text brought to life; it deals with typography that acknowledges its medium and integrates with its own visual world. 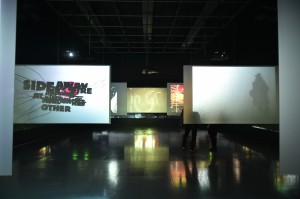 Equally, the exhibition is also an experiment in curatorship – an exploration into the way that an archive can be presented within the walls of a physical museum. After all, with YouTube at our fingertips, it may be that we could find very many of these exhibits on our laptops at home and peruse them at our leisure, but what can an institution such as FACT – or ZKM in Karlsruhe, Germany, which is the show’s co-producer – add that hours of isolated surfing can’t achieve?

On the evidence of Type Motion, it can offer encounters with animated type in three dimensions – either as a peripheral glimpse or full-frontal bombardment – along with a satisfyingly tactile delve through almost 120 years of animated typography.

Gallery One is the place to go for the serendipitous stroll through physical space. With the walls lined in mirrors and the void hung with screens, we are free to wander at will without further context or explanation; we might attempt to fixate on a single exhibit, but the other screens are always in sight and the seven different soundtracks collide. The room is more art piece than exhibition space. I was initially perplexed, but soon realised that it comments on the way text spirits in and out of our lives via television, cinema and advertising – often forgotten, but sometimes snagging on our synapses even as it vanishes from view.

Upstairs in Gallery Two we find the heart of the archival project, this time with an abundance of contextual and historical detail. Again, the exhibition demands physical involvement; via a beautifully designed dartboard-like interface, we sweep our hands across a touchscreen table-top, targeting selections from a database of 600 artefacts. All come with accompanying images and text, while 230 of them can be triggered to play on screens hanging in the gallery. 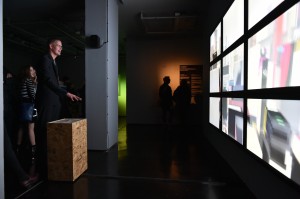 From art-house obscurities to the opening sequence of Star Wars, the exhibition opens up a fascinating alternative history of film and animation: this is a history told through the twirling of text rather than via the more conventional narratives of film authorship (direction, cinematography, scriptwriting and so on). It may at first seem like a perversely niche take on the story of the moving image – like building an exhibition around the use of the deck shoe in film maybe (lots of clips of Miami Vice but not much else) – but spend a little time at Type Motion and it soon becomes clear how an ancient form like writing can be imbued with new power when it takes on a life-force of its own.

The Type Motion exhibition, it seems, is a public manifestation of a project that has been years in the making. Initiated originally at the turn of the millennium by Bernd Scheffer in Munich, the project has now collated and catalogued around 1,000 examples of creative moving text, from the extremities of experimental film-making and video art to the blockbusting mainstream. With the involvement of curators Christine Stenzer and Soenke Zehle – and latterly of FACT – the project has taken on its complementary role as archival laboratory, pushing the boundaries of how archives can be accessed in the contemporary media museum. Though for all the curatorial experimentation in evidence – in addition to the tactile delights of the table-top database, there’s also an interactive flight through a cityscape of exhibits that we control through the hovering of our hands – the project’s physical legacy remains reassuringly conventional: it will live on as a hefty hardback book and a DVD box set. 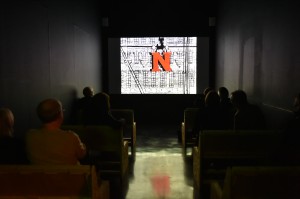 And perhaps it’s this traditional approach that I ultimately found most successful – or at least, most comfortable. Having swiped and swooped my way through the show, I finally settled down in a small cinema space to watch whatever passed in front of my eyes. There was no more hand-waving required, no user-centric journeying through a landscape of my own design. Now it was time to submit to the curators’ point of view. I watched the clips that they think are significant in the order that they determined I should see them. And I happily sat through Hollis Frampton’s 1970 film Zorns Lemma feeling like the bloke who watches the film credits to the end.

Just add dust, cobwebs and white gloves, and my archive-dwelling happiness would be complete. 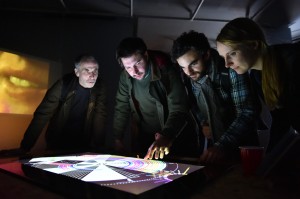 More info: The exhibition is free, with a full programme of workshops, screenings and events. www.fact.co.uk/projects/type-motion.aspx 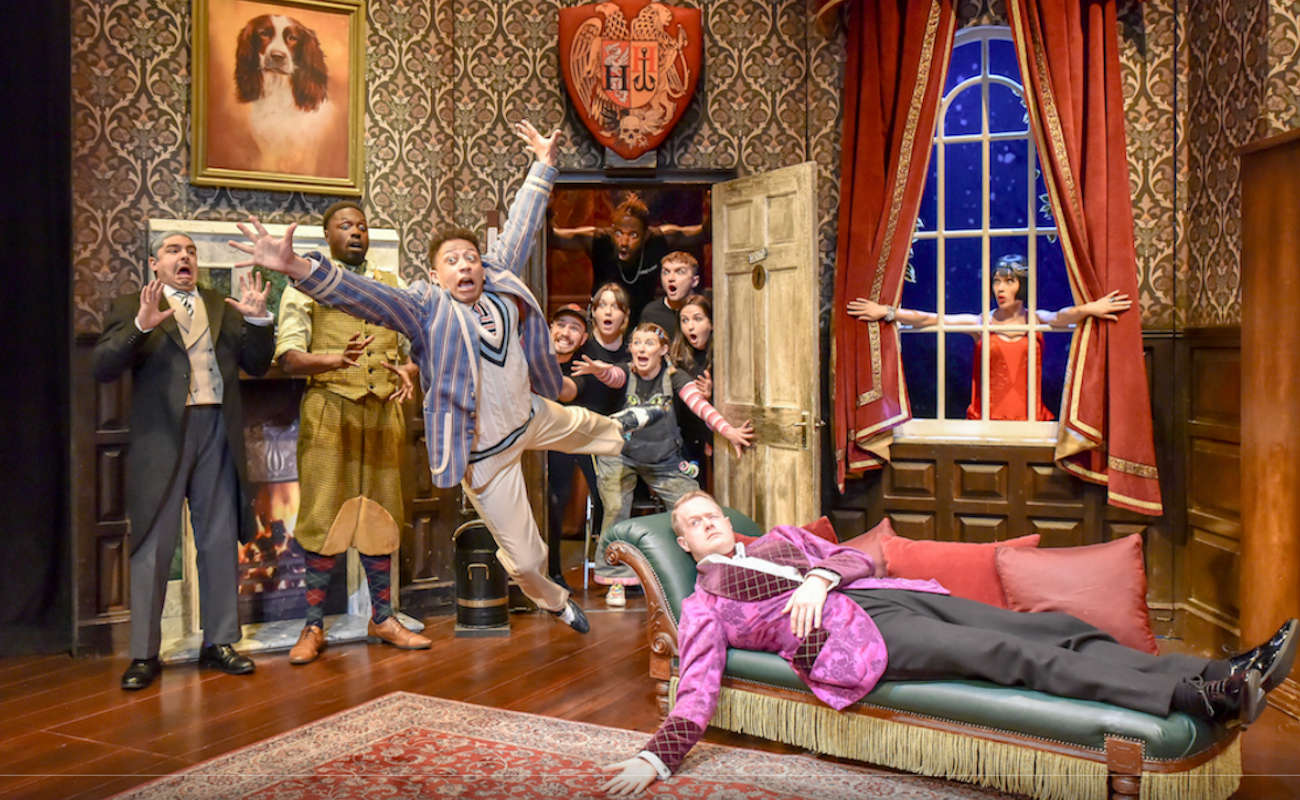 Beware the light: Northern Soul braves HOME’s FilmFear season to watch a preview of The Lighthouse 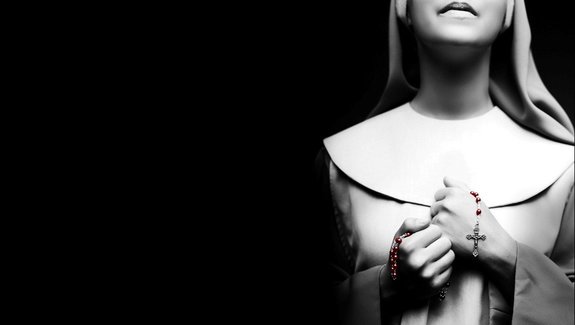 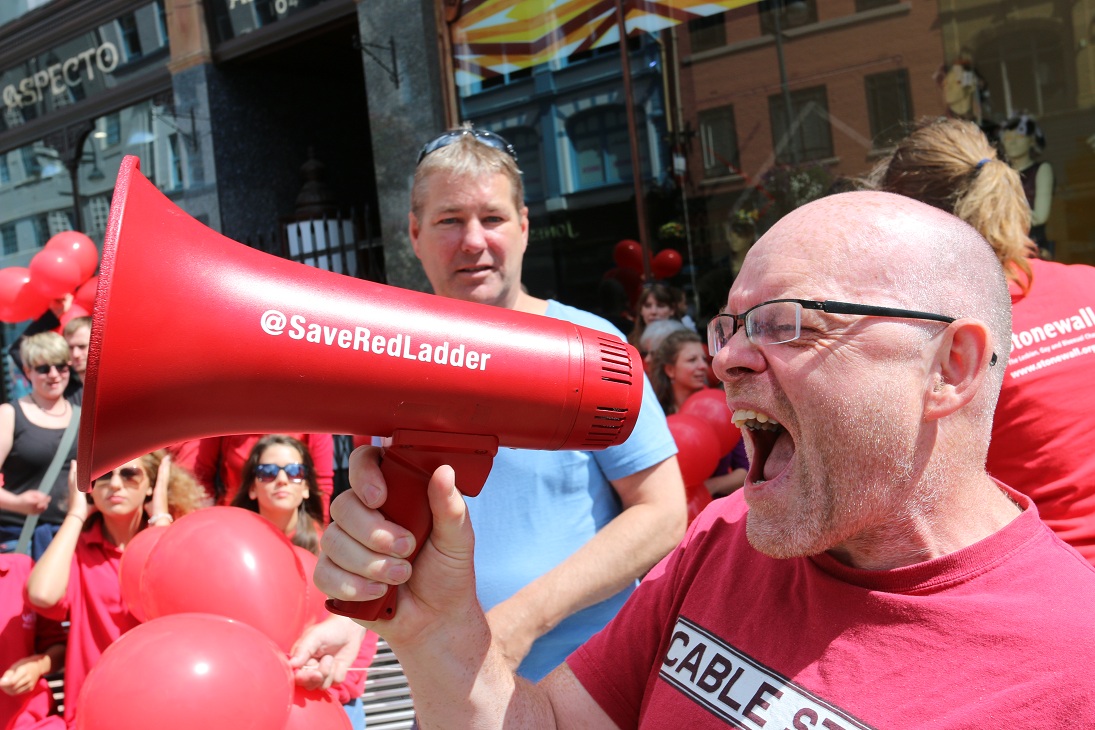 Red Ladder: the next step