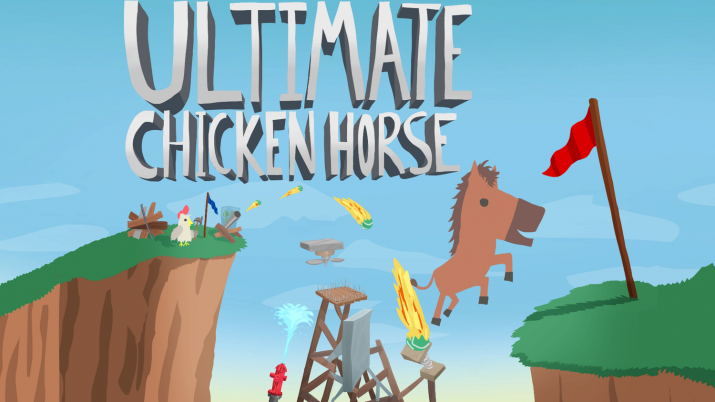 The real appeal of this new indie game lies in its innovative gameplay, not its curious name. But then, mixing things up is actually what Ultimate Chicken Horse is all about. It blends the easy-to-pick-up-but-hard-to-master level building of the recent hit Super Mario Maker and the hardcore (but fun) platforming of Ori And The Blind Forest to brilliant effect. 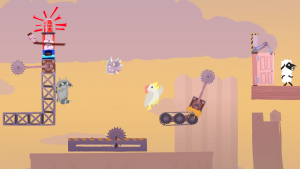 The simple yet genius concept here is that players construct each level as they go along, taking turns to add in different bricks, items and objects, from barrels and spikes to teleporters and crossbows. It’s a case of trying to make it hard for your opponents but easy for yourself, creating a cartoony obstacle course and hurdling across each screen to reach the destination point. There are a variety of stylish and colourful settings, too, including a farm, a haunted house, and a waterfall.

The idea alone would make for a perfectly good game, but the addition of collectable maps, clothes and characters gives it an overall objective: collect everything. While some of the maps can be rather repetitive, the majority manage to be unique and overall they add new (mostly good) mechanics to the whole thing.

In terms of replayability it’s great, addictive rather than frustrating, offering seemingly endless ways to beat your friends to the finishing line, which is what a good party game should do, right? Full online functionality is not released as yet, but it’ll be interesting to see how it plays differently to the standard version.

Ultimate Chicken Horse is a terrific indie game which takes a simple idea and runs with it. It looks great, plays well and overall it’s a blast of pure fun, which definitely deserves a solid 8/10.

By Michael Murray, aged 12 (and edited by his dad Andy Murray)

For more information or to buy Ultimate Chicken Horse on Steam, click here. 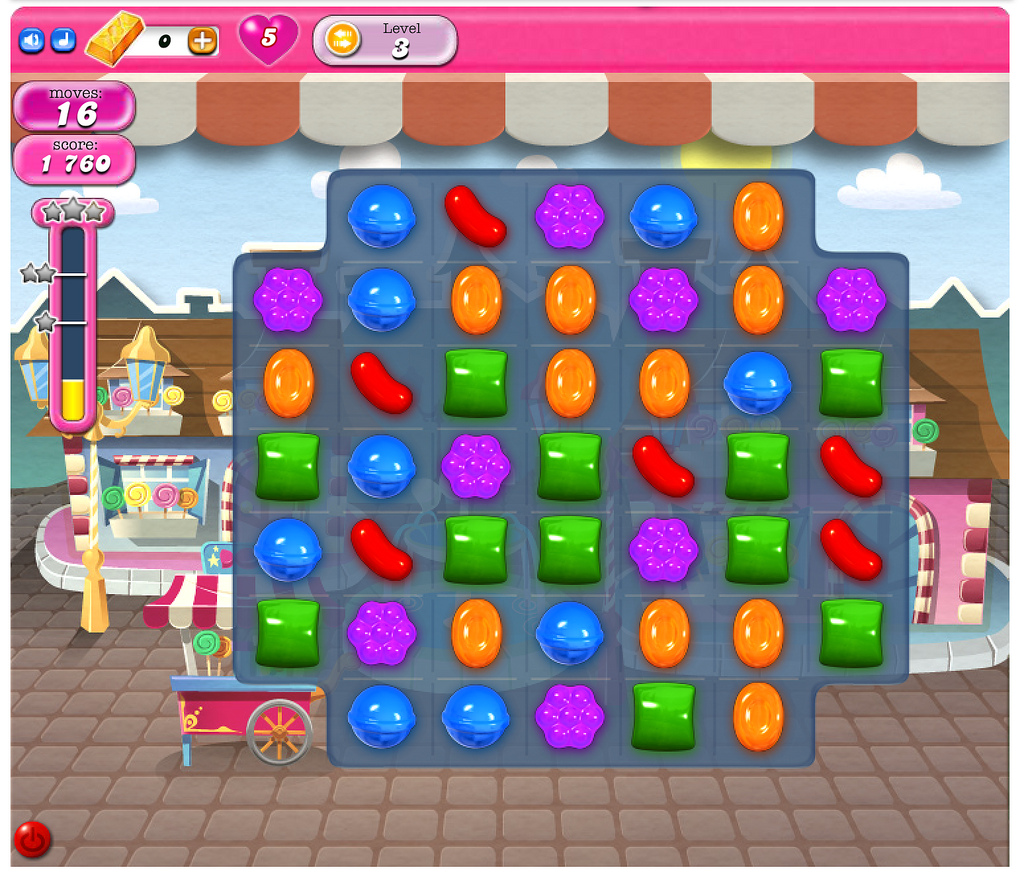 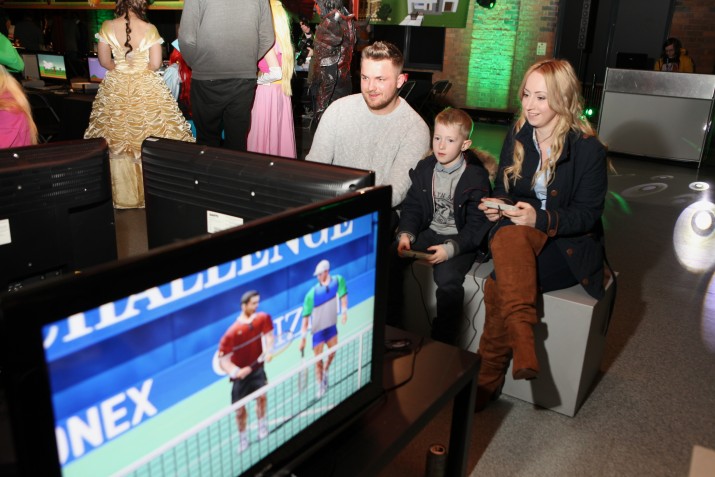 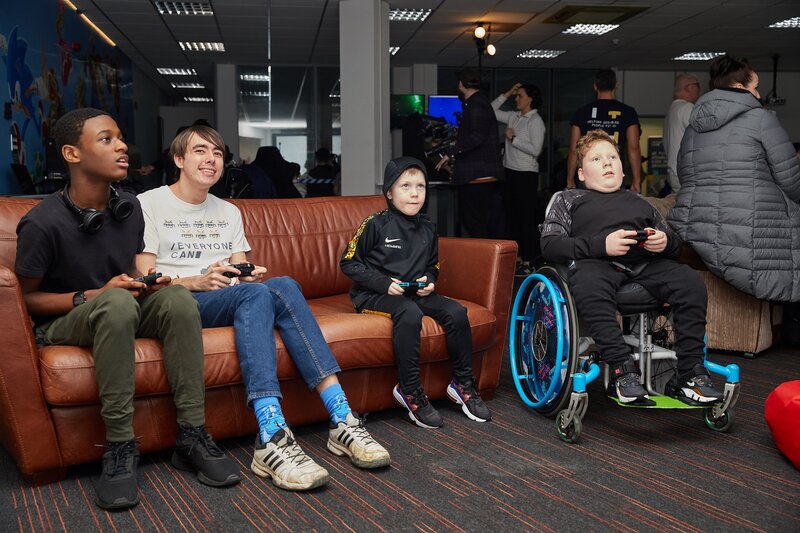 “No-one sees the disability.” Nicola Jones from gaming charity Everyone Can 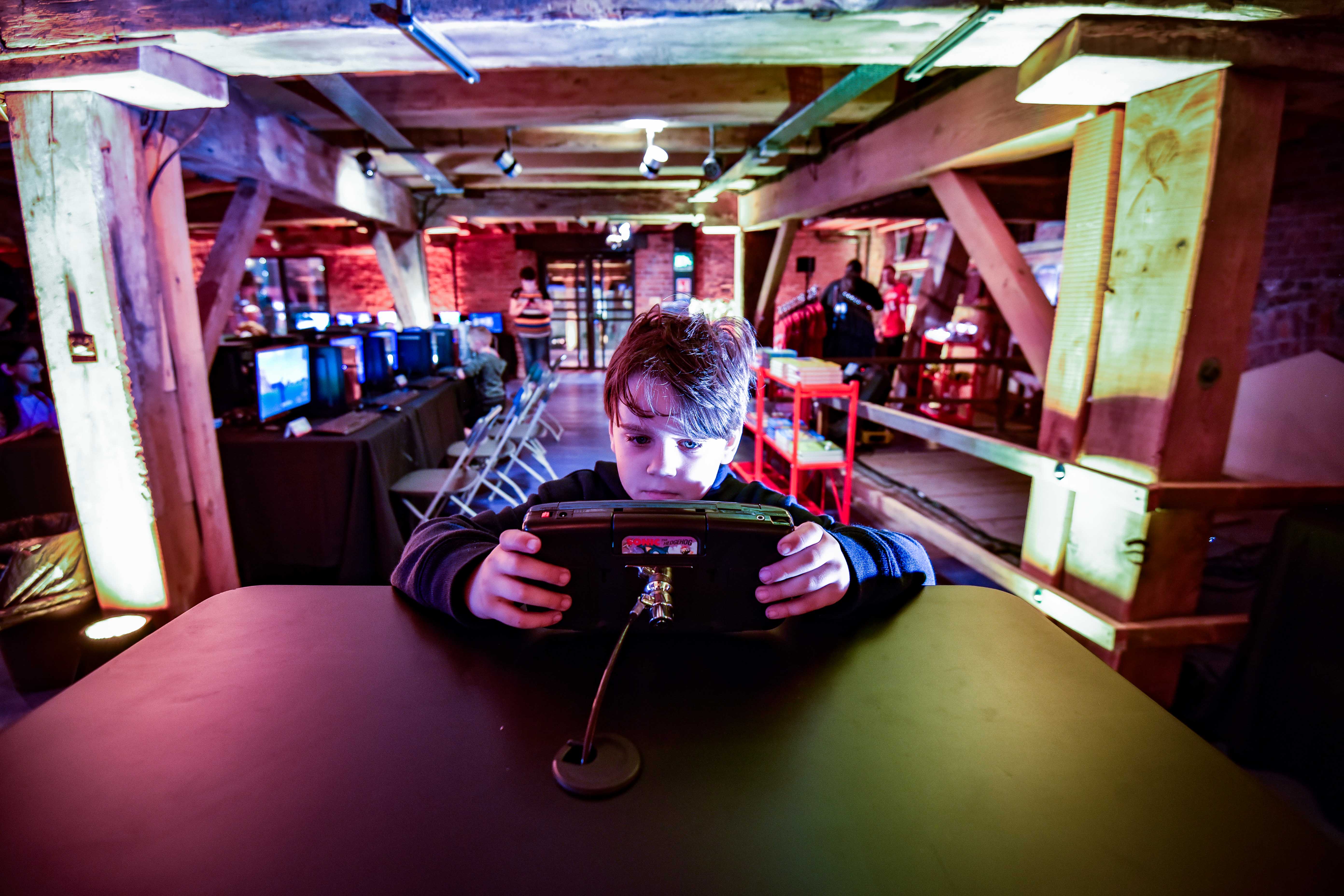