Revisiting Wakefield Kids at The Hepworth: “Not everything has to be considered normal to be beautiful.”

Stephen Lucas June 15, 2020 Art, Arts Comments Off on Revisiting Wakefield Kids at The Hepworth: “Not everything has to be considered normal to be beautiful.” 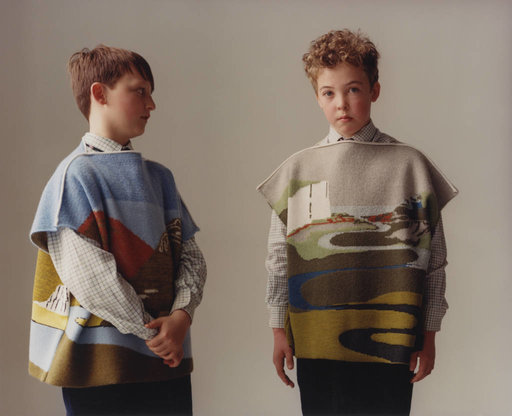 The ripples from a 2017 fashion shoot involving more than 100 Yorkshire schoolchildren at The Hepworth Wakefield are still being felt today.

Some of the shots of the 123 kids from Cundall Manor, Wakefield College and what is now Outwood Academy in Hemsworth can be seen on The Hepworth’s website and were recently featured in the gallery’s #throwbackthursday on Instagram. The Wakefield Kids photos, and the designer outfits the kids wore, were part of the 2017 exhibition Disobedient Bodies, curated by Jonathan Anderson, the fashion designer behind the JW Anderson label, and were shot by fashion photographer Jamie Hawkesworth.

Three years on and the children and their teachers remember what the experience meant to them. At the time, the kids wore unconventional pieces by the likes of JW Anderson, Vivienne Westwood and Issey Miyake. “I feel like the shoot did have an impact on me because it allowed me to believe that not everything has to be considered normal to be beautiful,” says Ella McHugh, 16, who has just completed Year 11 at Outwood. “I think that whole experience was just a memory I will never forget. Me and my friends, who also did the shoot with me, were able to spend a whole day together exploring the world around us from a different point of view.”

The show surveyed how sculptors and fashion designers interpreted the human form during the 20th and 21st centuries. For example, a Henry Moore sculpture was paired with a Jean Paul Gaultier dress, sparking dialogues that gallery-goers could run with. 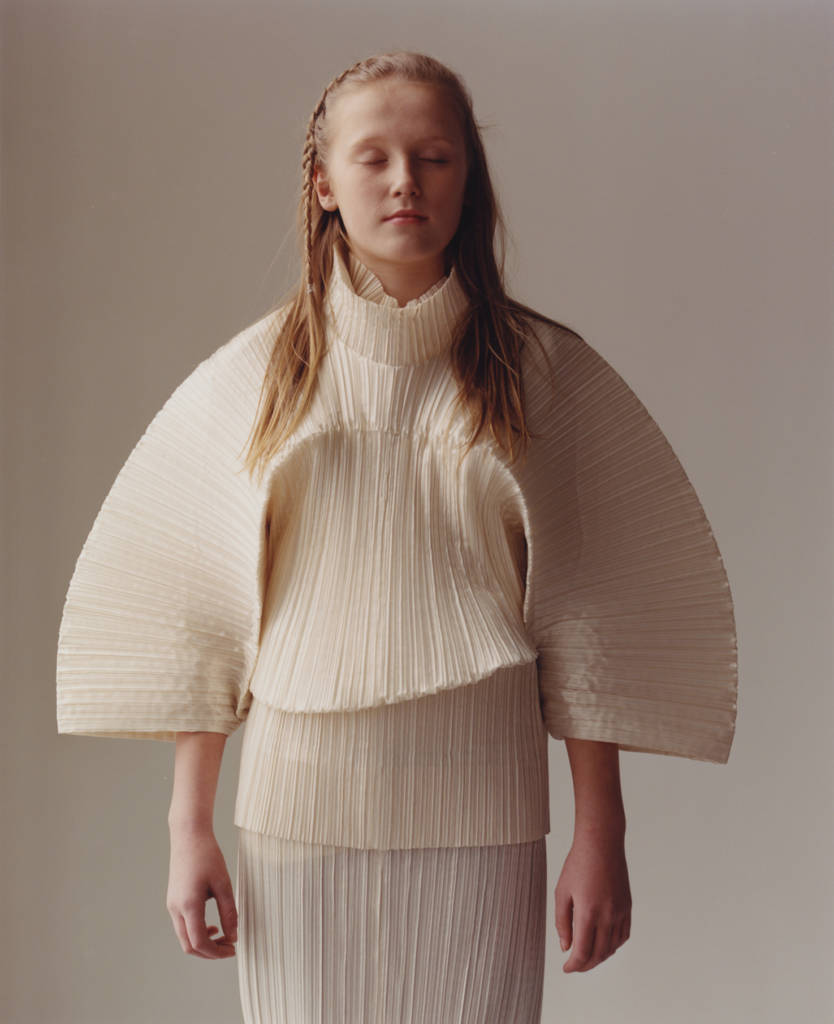 At Cundall Manor, a co-ed independent school near York, some 40 pupils from Year 7 took part. Sarah Pearson, head of art, tells Northern Soul: “It was obviously a few years ago now, and seeing their photos from Year 7 is lovely as they are all so much more grown up now. As a former fashion designer myself, I loved the curation of the exhibition, juxtaposing fashion with sculpture, and this is something I discussed with the students. Their response to some of the exhibits was hilarious. Being children, they always seem to say it how it is. There was a lot of ‘what’s that supposed to be Miss?’ and sniggers of embarrassment at any hints of nudity. I would love to take them back and see how they would respond now.”

Lecturer in fashion and textiles at Wakefield College, Sally Poskitt, says: “The opportunity was amazing for students of a Level 3 fashion programme – to be involved in an actual fashion event for a gallery. But when they were asked if they wanted to be involved they did not realise how rare an opportunity this was. A couple of them were not sure if they ‘could attend college for an extra day’ until they were made aware of the designers and artists that were involved.

“The excitement generated of possibly being able to wear actual garments from famous designers and then be photographed by a famous photographer was quite refreshing. I had four students who were actually featured in the photographs of the exhibition. Three of them seemed quietly impressed by the fact but when one of them saw her face on the wall, she was initially quite distressed at the close-up photograph and the fact she was not wearing any make-up. This soon changed when she realised the importance of being involved in this process.” 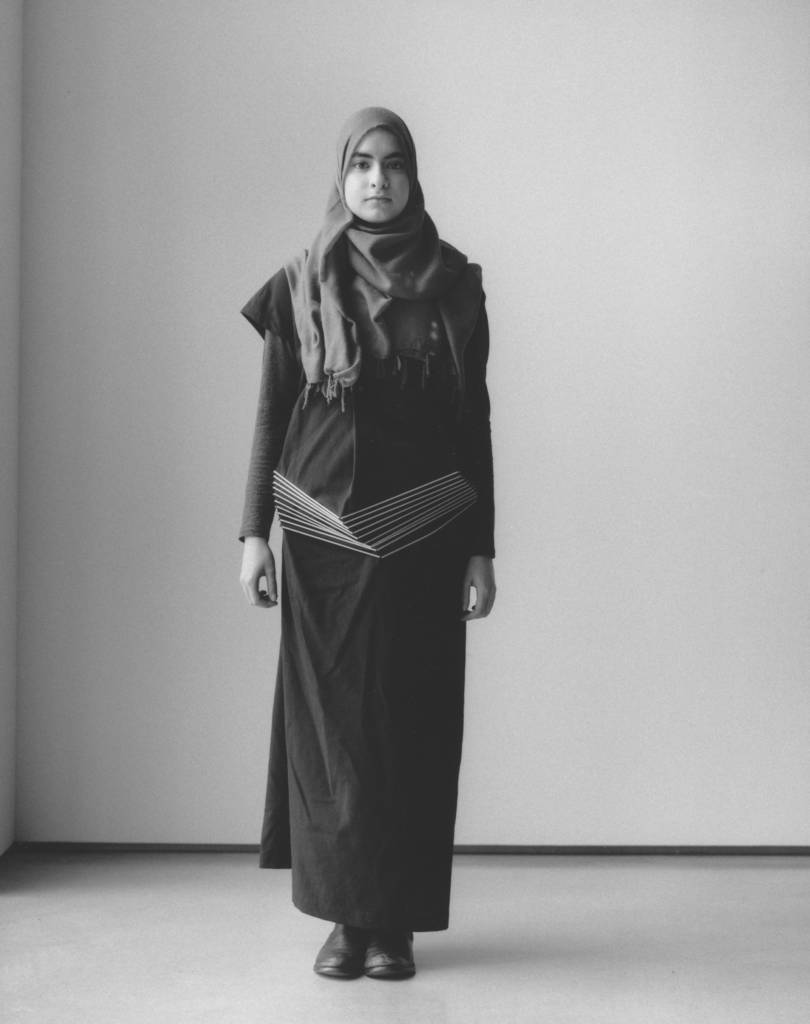 From science to photos

Hawkesworth switched from forensic science to photography at the University of Central Lancashire in Preston and has gone on to mastermind campaigns for the likes of Alexander McQueen, Loewe, and long-term collaborator JW Anderson. As part of the Preston is my Paris collective, the Suffolk born 33-year-old created his Preston Bus Station project, a series of photos and a short film featuring a local youth orchestra playing brass instruments in the Brutalist hub. The genesis of the project, a newspaper featuring some of his photographs, can be seen on the Preston is my Paris website which is worth a digital outing in its own right.

Later on, Hawkesworth’s photos were gifted to The Hepworth and appear in A Contemporary Collection, a shuttered showcase of the gallery’s acquisitions since it opened in 2011. 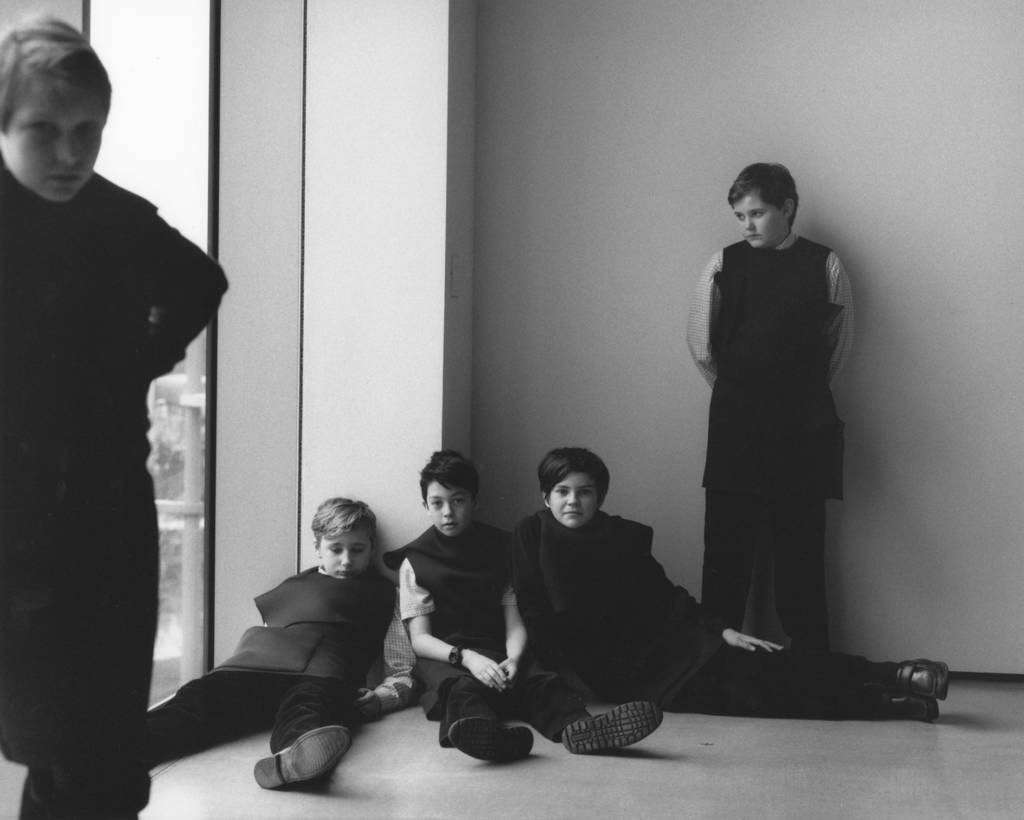 Meanwhile, Poskitt says that the Wakefield College students, whose subsequent end-of-year work was inspired by the show and exhibited at the gallery, have since flagged up the experience in university applications and on their CVs. “The exhibition gave students an insight into what is involved when creating work for an exhibition and how many pieces of work are not actually used, especially in photography when at least four shots were taken of each of the students and only a handful actually appeared in the exhibition.”

She adds: “The confidence of the fashion students was improved, and this gave them an excellent event to write about on CVs and for university applications.”

At Cundall Manor, work continues apace during lockdown and online art is a key ingredient. “We are setting project work for most of the pupils with links to film clips, galleries (virtual tours), artist biogs and online tutorials,” Pearson says. Disobedient Bodies could get an airing too. “At school we do textiles as well as art and I am sure that the work of the textiles students will be inspired by their experience. In fact, you have prompted me to reshow the film from the exhibition.”

The Wakefield Kids images can be viewed on The Hepworth’s website.