Walking on linguistic eggshells: race and racism in America

An exchange I had with a black bouncer at a Hollywood night club showed the tangle Americans get into when talking about race and ethnicity. A singer-songwriter friend was performing, and my partner Bill and I were on the list to get in free.

“You mean the British African-American?” asked the bouncer.

“Er, no,” I replied. My partner Bill shushed me, knowing what was coming and worried I’d cause a scene, but I carried on.

“He can’t be African-American since he’s not American,” I said, with what I hoped was a smile in my voice.

Seconds later my words sank in. “Then what is he?” asked the bouncer.

“British,” I replied, though I added that if I was describing him physically, or it was relevant, I might say “black”.

“That’s great”, said the bouncer, “we should do that here.”

Similarly, a friend was once scolded for describing London-born actor Idris Elba as black.

Even I get uncomfortable saying “black”. I was relieved when the black cop wanting a description of the guy who stole Bill’s phone asked if the thief was black and then, when I said yes, proceeded to ask if the thief was lighter or darker than himself. “Yes,” I gulped, “about two tones darker.”

Living here is a constant lesson in cultural sensitivity. And that sensitivity often backfires.

American Born Chinese, ABC, is a recent tag to describe those of Chinese descent excluding first generation immigrants. Many people of Chinese extraction call themselves ABCs – especially youngsters. Others dislike it since some Chinese use it pejoratively to mean “not really Chinese”. In the hit movie Crazy Rich Asians, look at the hard time the ABC female lead character, Rachel Chu, has in Singapore with her boyfriend’s Chinese mother.

There are objections to the word Caucasian for white. It’s geographically absurd – the only real Caucasians come from Caucasia. It’s also racist – an early anatomist thought its light-skinned people were physically superior and decided Europeans belonged to the same race.

“Native Americans,” though a better term than “Indians” (that was a big whoopsie by Christopher Columbus) is rejected by some because anyone born here is a native. Wordsmiths are debating options such as First Nations (favoured in Canada), and Aboriginals.

While it’s nowhere near as volcanic as the N-word, people bristle if you call someone oriental. Initially, I was perplexed. There’re all sorts of horrible offensive words people use for Asians but oriental seemed OK, even it was a dated word I’d never use. After all, it just means “of the East”. I wouldn’t mind being called Occidental. But I’ve been told oriental conjures up a time when Western imperialists thought the East backward and foreign. The Obama administration even banned the word being used in federal law.

Initially, the rule of thumb taught to me was that only carpets and vases were oriental, not people, but the campaign against the O-word is escalating. Two years ago, half-Thai US model Chrissy Teigen got into trouble for saying “oriental salad” on Twitter, and the word is disappearing from names of academic courses. Mind you, I see it on Asian grocery store signs.

The acronym POC, Person of Colour, is used far more here than in the UK. It’s more positive than “non-white” and includes everyone who isn’t white, not just black people, so it’s useful in describing people sharing a common experience of prejudice. However, it can also be a lazy way of labelling a group with little else in common.

Linguistic rows are ongoing about how to describe people’s roots. Should you use a hyphen and say for example African-American, or Mexican-American? Or should you use people’s roots at all when describing them? I’ve a friend who hates being called Latino-American. She’s sixth-generation Columbian on her mother’s side and fourth-generation Mexican on her father’s side. She, like her parents, has never been to Mexico, or anywhere in Central America. She speaks as much Spanish as I do – muy poco (very little).

“I’m American. How long does my family have to be here before they stop using Latino in front of American?” she wailed. “It makes me feel a second-class citizen.” She, of course, knows the answer. If you’re from a predominately light-skinned people, it usually doesn’t take long.

If I had Mexican roots, I’d loathe being called Mexican-American. Mexicans were here first. They lived on US land before it was US land. They lost huge chunks of their country – Texas, much of Arizona, New Mexico, and California – a century and a half ago through what was effectively US land-grabbing, and then were made foreigners. 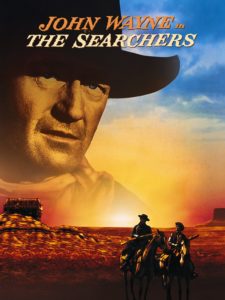 People like my friend are so-called hyphenated Americans. It’s as if being born here doesn’t make you a real American, unless your ancestors are from Europe, when “American” will do. Few talk of European-American, except, increasingly, white supremacists.

Both parents of one friend are Austrian. He’s not called Austrian-American. Presidents Eisenhower and Trump are not called German-American.

Some people, seen as outsiders, hyphenate themselves, clinging to their identity for comfort. Others who see the US not as a melting pot, but a salad bowl, celebrate their differences with a hyphen.

Late actor John Wayne called that hyphen “as divisive as a line can get”. In his poem The Hyphen, he said: “When a man calls himself Afro-American, Mexican-American, Italian-American, Irish-American, Jewish-American, what he’s saying is, I’m a divided American.”

These days there’s a compromise – sometimes the hyphen is dropped, “America” is treated as the noun and the heritage as the adjective. So you would say Latino-American, rather than Latino American. Incidentally, there’s a new gender-neutral word for Latinos: Latinex.

This style can be a copy-editing headache. You end up with sentences talking about an African American enjoying African-American food.

Meanwhile, Desi’s show was wonderful. His soulful smoky voice reminds me of Amy Winehouse, the late Jewish-British singer, or do I mean Jewish British singer? (See what I’ve done there?)