Emma Yates-Badley May 4, 2019 It's Not Grim Up North, Northern Soul writes... Comments Off on We need to talk about sustainability (and why I’m embracing the plastic-free movement) 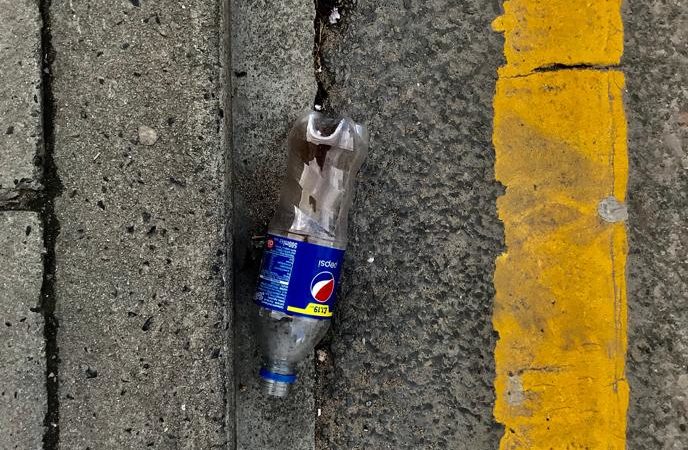 It’s been one of those weeks where I can feel myself getting annoyed. Perhaps this isn’t surprising what with people signing petitions urging McDonald’s to reinstate plastic straws (and selling them on eBay) and so-called professionals mocking a teenager with Asperger’s (and wishing she’d have a meltdown on national television). It’s hard to stay optimistic.

The world’s leading climate scientists agree that we have entered a period of abrupt climate breakdown. In October 2018, the authors of a landmark report by the UN Intergovernmental Panel on Climate Change (IPCC) warned that global warming is “likely to reach 1.5°C between 2030 and 2052 if it continues to increase at the current rate” and an increase of even half a degree will significantly worsen the risk of drought, floods, extreme heat and poverty. We must change course by 2020, the UN secretary-general has urged, or we risk missing the point where we can avoid the “disastrous consequences for people and all the natural systems”. Seven months later and politicians have been too busy squabbling over the absolute piss-take that is Brexit to properly address this.

However, in a symbolic move following the protests launched by socio-political movement, Extinction Rebellion – who have made headlines with acts of nonviolent resistance – MPs have recently passed a motion making the UK parliament the first in the world to declare an ‘environment and climate emergency’. Environment Secretary Michael Gove, who finally met with activists at Westminster on April 30, insisted that while he doesn’t condone members of the public taking direct action (or 87-year-olds scaling the DLR, I suppose), the Government recognises that “the situation we face is an emergency” and reassured protesters that legislation will be introduced “shortly”.

Is it just me or is ‘shortly’ right up there with your mum saying ‘we’ll see’ and you knowing full well you’re never going to get whatever it is you want? But, who knows, perhaps things are looking up?

While policymakers and business owners should be the ones to implement fundamental changes, as consumers we are complicit in this catastrophe whether we like it or not. Climate change is not just a political issue, it’s a humanitarian one. The UK buys more clothes than any other European country and only 1 per cent of our clothing is recycled. Mass consumption of textiles has an enormous impact on the environment and fast-fashion will never be a sustainable business model. While some companies have made attempts to address the issue, they’re vastly outnumbered by those who churn out cheaply-made garments, particularly those who operate online.

But all is not lost. If you look closely and ignore the click-bait, it’s possible to find stories of people making a difference. So, what can we do?

According to online activists such as Venetia Falconer, creator of the Talking Tastebuds podcast, it’s time to embrace your existing wardrobe, only purchase items that will last and are necessary, and stay curious. Where do my clothes and food come from? What was the process to get the food on my plate or the clothes in my wardrobe? What will happen to this coffee cup or a plastic bag? Where do my discarded items go? Who pays the price for my cheap clothes? 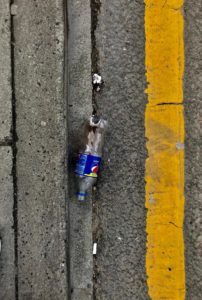 Human stories have been missing from the narrative and we’ve been bombarded with perplexing statistics, but there are people behind the figures already suffering from mental and physical issues related to this unprecedented global crisis. Many people fear that transitioning to zero-waste products will be expensive. While this is initially true, there are plenty of cost-effective alternatives. Long-term, you will save money.

It’s easy to feel overwhelmed and unqualified to deal with these issues. Conversations about sustainability have been mired in confusion because we live in a culture where we’re afraid of being viewed as hypocritical or having our life choices scrutinised. But the advice is simple: take one thing you believe you can change – such as recycling, reducing meat and dairy intake, using a KeepCup, avoiding single-use plastic, buying fewer items of clothing – and do it to the best of your ability.

I still have a way to go. My house contains plastic products but, as they run out, I replace them with sustainable alternatives. I also try to adopt a mostly plant-based diet, wear old clothes and attempt to be mindful when deciding to buy new ones. I’m certainly not faultless and, yes, I occasionally shop in Primark, but I try to make positive changes and educate myself. After all, it’s far better to have everyone contributing imperfectly than a handful of people doing it absolutely right.

From community centres organising litter picking days in your local town to campaigns helping people to turn their trash into treasures, there are plenty of organisations doing their bit to promote sustainable living. These are the statistics I want to see increasing.