Now in its tenth year, the festival is a firm favourite in the theatrical calendar of Manchester attracting sell-out audiences including critics and industry folk.

David Slack, the effervescent festival producer, tells Northern Soul: “I could never have realised how important this festival would become. We have shown how much talent there is in the region, with productions and their creators winning local, national and international awards. Shows have toured, actors have been hired, writers have been commissioned, all through the confidence gained and opportunity provided by 24:7.

“Every year the call has gone out for new and original scripts, which go through a strict blind adjudication process, requiring the writing to stand up for itself and ‘jump off the page’. Our festival offers what writers need – a chance to see the end result of the idea they had dreamed and imagined in the first place. And the experience is shared with audiences – many of them first-time theatregoers – as well as their peers and industry talent scouts.”

Slack began his theatrical life as an actor. After training at the Arden School of Theatre, he graduated in 1999 at age 45 with no professional CV. He then went on to work on a number of television dramas and soaps including Coronation Street and Emmerdale. In 2002 he was working on a show at the Edinburgh Fringe Festival and commuting back to Manchester to film Cold Feet. He realised that Manchester needed a showcase and the festival idea formed in his head. He wrote it down and shared it with Amanda Hennessy, another actor, and they set about putting together the first festival. It took nearly two years.

Sadly, this year, 24:7 has lost its regular funding from Arts Council England but there are plans for the festival to return biennially in the years that the Manchester International Festival is not taking place. Slack remains buoyant about this: “As there’s no money about’, should we wait for the promised financial upturn and hope that a little cash will filter down somehow? Or do we simply get on with producing our own work? This is even more pertinent now that our regular funding will end in March.

“It’s time to modify our approach, anyway, as there is now a freedom to put on a show whenever and wherever you like. Ten years ago, it wasn’t seen as straightforward, but our festival demonstrated that there was an audience for new work presented by unknown theatre artists. 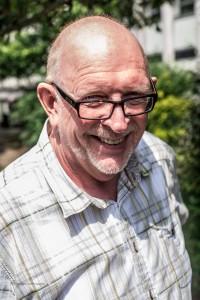 “24:7 now has opportunity to break into some other areas of development and establish potential collaborations that have been building up for some time. New theatre-making continues to be at the heart of it and being able to apply for specific project funding from the Arts Council – as indeed we used to – looks to be a better way forward for our vehicle.

“To get ten years of mileage out of the current model is a testament to the initial built-in engineering, as well as the TLC lavished upon it by hundreds of participants and volunteers annually. It may be time to embrace modern technologies and lighter materials to make it fly a little higher in future. That’s probably enough analogies for now.”

This year’s offering not only includes 70 performances of ten brand new hour-long shows but also script-in-hand readings, a poetry slam and a quiz.

Slack says: “On a practical side, we’ll be hosting our first ever Convention, under the name of ‘Herding Cats’. Its theme is ‘Creativity in Austerity’ and will involve industry experts. It aims to inspire and inform all those with a love of theatre. Helen Nugent [editor of Northern Soul] will be in the chair and the panel includes legendary playwrights. The panel will respond to audience questions and stimulate the discussion for the informal sessions to follow.”

Alison Power, events and communities manager with NOMA, which is hosting the festival in New Century House, says: “We believe that nurturing culture and the arts as well as supporting the Manchester community are integral to the development of NOMA, and as this truly mixed use urban neighbourhood develops, we hope to bring an increasing number of productions and events to the area.”

There’s definitely something for everyone during the festival with shows on throughout the day. You could even catch one on your lunch hour if you’re nearby. 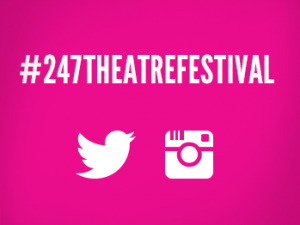 The 24:7 Theatre Festival runs until July 25, 2014. For more information, follow this link: 24:7theatrefestival.co.uk