A defiant performance: the Hallé Orchestra opens its 2019-2020 season

Last week, with the final embers of Summer illuminating the evening sky in Manchester, music lovers came together to greet the opening of Hallé Orchestra’s 2019-2020 season.

Beethoven and Shostakovich were on the card at The Bridgewater Hall and wielding the baton was Klaus Mäkelä who next year will take up the position of chief conductor and artistic adviser of the Oslo Philharmonic.

Up first was a short but delightful gallop through the overture to Beethoven’s The Creatures of Prometheus, after which matters moved on to another of Beethoven’s works, his Piano Concerto No.1. This was Mäkelä’s debut at the Hallé, and to begin with he conducted in a laid-back style, drawing the orchestra into the music, almost tempting them into the mood Beethoven had set in Vienna more than two centuries earlier.

Yet, when the score demanded it, this relaxed demeanour vanished in an instant and Mäkelä, acting like some inspired musical lightning rod, sent out bolts of directive energy and, as ever, the Hallé responded magnificently. Conductor and orchestra were alive with the music, alive to its moods, its needs and its possibilities and in this they found a true ally at the piano in soloist Víkingur Ólafsson, also a new face at the Hallé.

Ólafsson’s performance was quite simply a joy to behold, and an auditory delight. The Icelander gave himself over body and soul to the music in a fine performance of great passion, pathos and panache. 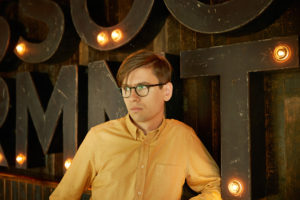 When he was done, and he and the Hallé had been cheered to the echo, he returned to the stage to perform an encore (a performance of J.S. Bach’s Organ Sonata No 2), a performance made all the more poignant by its dedication to a dear friend of his who had died only the night before.

More has been written about Dmitri Shostakovich’s Symphony Number Five (1937) than almost any other piece of 20th century music. It has been, and continues to be, the subject of intense debate. Was it the work of a loyal Soviet artist or a work of subtle artistic subversion?

Twice in his life, Shostakovich found himself on the edge of destruction at the hands of Soviet power. Being a respected figure in the arts, and previously held in high regard by the authorities, was absolutely no protection from the arbitrary terror imposed by Stalin and his fellow murderers in the Kremlin. Shostakovich experienced this in January 1936 when, out of the blue, a brutally damming review of his hitherto highly successful opera Lady Macbeth was published in Pravda.

The review bore the headline Muddle Instead of Music and was rumoured to have been written by Stalin himself after he’d walked out of a performance of the opera in Moscow. In it, Shostakovich was denounced and accursed of all manner of heretical practices, accusations which at any point in his adult life could have led to his being sent to the Gulag. But this was 1936 and the Great Purge was about to begin, during which such accusations led to the deaths of more than 600,000 Soviet citizens. 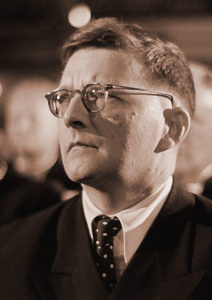 Thus, in 1936-37, Shostakovich found himself writing for his life and, to have a chance of survival and the hope of rehabilitation, he knew what was expected of him. He knew that he must give the blood-soaked Red Tsar a truly heroic work of Soviet Realism, a hymn eternal to Homo Sovieticus. And so he did.

From the dark menace of the opening bars, the heroic Stakhanovites of the Hallé gave nothing less than a truly heroic performance. Bows rose and fell like pistons in a power station; percussion pounded like steam hammers in a metal works, and brass exhorted the workers onward to ever greater feats of production.

And yet, amid all the thunder and stridency, there was a constant suspicion that the musical system was actually slyly subverting the political system it supposedly served. “Spontaneous rejoicing will begin immediately,” it seemed to say, “and comrades are reminded that participation is compulsory.”

There are repeated references in the score to an older, deeper Russia, references to the keepers of its true soul. For example, there are allusions to Russian Orthodox Requiems and, hidden in the final movement, there is a clear allusion to the promise of rebirth. 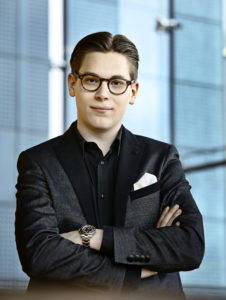 Although Symphony No5 was the first work published and performed by Shostakovich after his fall from grace, it was not actually the first thing he wrote; that title belongs to an orchestration of Four Romances on Poems by Pushkin. Shostakovich never intended these to be performed in his lifetime and indeed they were only discovered in his papers after his death.

In the first of these, Pushkin’s words describe a barbarian defacing a work of art with his own dull, meaningless scrawling. But time wears away these wretched daubings and reveals anew the masterpiece hidden beneath. Shostakovich replicated an unmistakable arrangement from this first song at the end of Symphony No5 and, in doing so, paid tribute to the eternal truth of Pushkin’s words.

It was also an unmistakable way to hide, in plain sight, his own eternal defiance of tyranny. And oh, how beautiful, how profound that truth was, when revealed by the Hallé on a late Summer evening in Manchester.