“Sometimes you just have to press the ‘f*ck it’ button.” Comedian Adam Kay talks to Northern Soul

Drew Tosh November 22, 2017 Arts, Comedy Comments Off on “Sometimes you just have to press the ‘f*ck it’ button.” Comedian Adam Kay talks to Northern Soul 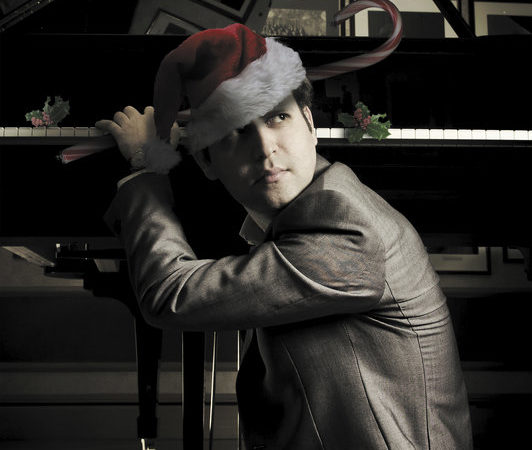 Christmas can always be relied upon to throw up musical mishaps. Each year we endure the murder of pop classics for TV adverts as well as the dismal output of so-called celebrities who’ve no business stepping foot in a recording studio, let alone bringing out an album (yes, Nick Knowles, I mean you).

Writer and comedian Adam Kay has taken inspiration from such festive frights and created the show Smutty Christmas Songs. The former doctor’s re-imaginings of seasonal tunes we love to hate includes the darkly humorous Sweary Tale Of New York and Mucking Around the Christmas Tree. His former career has also inspired an extremely descriptive version of what actually happens When a Child Is Born. To date, his parodies have amassed more than 20 million hits on YouTube and now he’s bringing his Christmas show to Manchester, Hull and Halifax.

Sailing close to the wind with pun-based titles can cause issues, as Kay explains: “I have a pathological love of puns and I knew I’d really cracked it when one of mine got banned. I took a show to Edinburgh with the perfectly pleasant title Fingering A Minor On The Piano, but, when we tried to tour it around, every theatre said they couldn’t take a show called that. In my Christmas show, I take the songs we’re meant to love every year and ruin these so-called festive classics by reappropriating the lyrics. It’s been my stock-in-trade as a comedian over the years and it’s my favourite gig to do in the year. Inbetween songs, I also read entries about my career in medicine from my book This is Going to Hurt: Secret Diaries of a Junior Doctor.

There’s a nagging feeling that you have to love all things Christmas. Kay believes it’s a time most of us endure rather than enjoy. “I think the underlying pressure we feel is family related. You can gladly ignore them with just an occasional text the rest of the year but not at Christmas so it’s inevitable that we revert to being seven-years-old again. 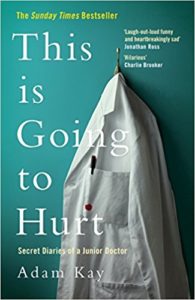 He continues: “I’m always very suspicious of people who love every aspect of Christmas. They’re the ones who turn out down the line to have murdered their neighbours. There’s a lot about Christmas that’s really shocking. For instance, I quite hate panto. My show came about because I wanted to hire a big theatre in the West End and put on something that was full of curmudgeonliness and the opposite of panto. We only go to panto, or watch all the Christmas telly, because we’ve always done it. It’s very rare we take a step back and say ‘hang on, this is awful’. It’s all just part of Christmas, like having arguments with your family and being drunk at 10.30 in the morning.”

Hearing the first bars of certain Christmas songs in department stores come September is guaranteed to send me racing towards the exit. It turns out that Kay and I share a mutual loathing of one festive ditty – Jona Lewie’s Stop the Cavalry.

“Oh God, it reverberates around your bloody brain, doesn’t it?” he agrees. “I’ve already heard it too many times this year. I’m sure Jona has no financial worries as a result of writing that song, and it was a good day at work for him, but he needs to think about the collateral damage he’s caused when people go shopping and there it is.”

It’s not Christmas for me until I’ve seen Margo Leadbetter wrangle with a tradesman over the height of her Christmas tree on The Good Life, or giggled at the Irn Bru advert sending up The Snowman. The latter is very much in keeping with Kay’s ditties and I wonder if he’s seen it.

“Not only do I know it, but my father-in-law wrote it,” he reveals. “He ran an ad agency for years and they were astonished when they got the agreement from creator Raymond Briggs to do it.”

Kay was a junior doctor before ditching the white coat for comedy. He is now an author, award-winning comedian and writer/script editor for TV and film with credits including Mitchell & Webb, Mrs Brown’s Boys, and Mongrels. Both careers have their challenges but, as Kay tells me, his worst comedy gig is still far easier than his best NHS day.

“’Neither of them are relaxing jobs, and the hours aren’t great in either, but the advantage of comedy is that if you have a bad day at work it only means no one turns up or laughs at a gig. In medicine, a bad day at work can be incredibly harrowing. I wouldn’t wish a medical career on anybody. I just needed to get out and do something else. I’d written a bit for Radio 4 and other stuff, so it was the only thing I could think of to do. I left medicine very suddenly and comedy was an emergency Plan B rather than a carefully considered decision. Happily it’s turned into a career of sorts. It was weird going from 97-hour weeks in medicine to gigging four evenings a week, but it allowed me to write scripts and comedy during the day which has become my main thing. It’s been a strange evolution.”

When we are ill and vulnerable, we look to our doctors for immediate answers. If they don’t deliver, our vulnerability can often turn to irritation and anger. Does Kay believe we still harbour unrealistic notions that our doctors ought to be perfect and flawless in every way?

“I think that’s absolutely spot on. When the junior doctors’ strikes are happening, people just don’t think of them as being human and in the job for the right reasons. Doctors get things wrong, they get sad and they have lives of their own. One time, my blood pressure was off the scale and I was fitted with a cuff while I was working in the anti-natal clinic. One patient said to me, ‘you just don’t think of doctors getting ill’. When I had to tell people they might not get seen for hours, they’d shout about their babysitter arrangements getting mucked up or that their cars were on a meter. No one would ever think that, just maybe, I’d also wanted to go home hours ago.” 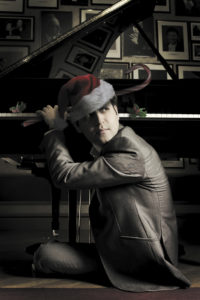 He continues: “There’s a frequent temptation to think of doctors as not being human because you want them to be absolutely correct and unimpeachably right about everything. If they’re reading out results, like interpreting your MRI or something, you don’t want to have any worries in your mind that the doctor could get things wrong. Even if I was breaking bad news of a bureaucratic nature, I had to do it very gently. I had multiple patients threaten to injure me and one even threatened to kill me. They didn’t mean it, but they just get so stressed and often very cross.”

Even in the worst of circumstances, humour is often the coping mechanism we adopt to help us through. In the medical profession, however, Kay believes a larger support system is needed.

“I found that looking for glimmers of humour and light among the dark moments helped, but in medicine it’s just not enough. Doctors aren’t particularly good at looking after their own. There’s a culture of just getting on with things. You don’t talk about stuff, you just bottle it up or push it down because it’s part of the job. But how do you know how effective your emotional buffer is? When you first have a medical career in mind or go on to do your exams, no one tells you about the emotional stuff. You’re just left guessing if you’ve got the tools to cope. Humour is part of coping but it’s a bit of a sticking plaster over what doctors should be doing which is talk about the bad stuff with each other.”

Many people work in jobs because they have to or because they’re scared to take the leap to find something they actually enjoy. Kay jumped from medicine to comedy more than eight years ago, so does he have another complete career change left in him?

“Probably. In the past it was expected that you had your vocation and you’d do that job forever. You wouldn’t even change the company you worked for. These days, we all have portfolio types of careers with varied interests and there isn’t any shame in changing direction. Two years ago, I wouldn’t have believed you if you’d said I was going to have a book out. Knowing my personality, I’m sure that if we chat again in ten years time I might well have done one or two totally different things.

“Sometimes you just have to press the ‘fuck it’ button and realise that your job is what you do to pay for weekends, nights and holidays. You spend so much time doing it, you can’t hate it 38 hours a week your whole life.”

Adam Kay’s Smutty Christmas Songs will be on at the Frog & Bucket Comedy Club in Manchester on December 5, 2017. For tour details, click here.

This is Going to Hurt: Secret Diaries of a Junior Doctor is published by Picador and available to buy.