Cathy Crabb May 23, 2018 Arts, Theatre Comments Off on Art of Class: Rob Johnston 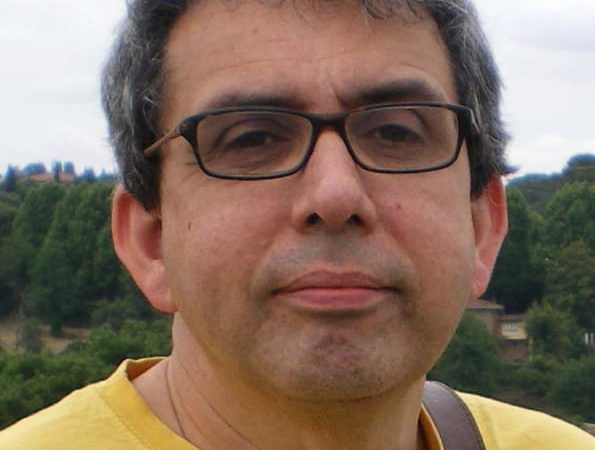 In a new series, Northern Soul’s Cathy Crabb talks to working class creative people, some already established, some emerging, and some setting their stall out to create more work for others. This week it’s Rob Johnston, a Manchester-based writer and producer with more than 30 plays staged professionally, both as a commissioned writer and as a producer of his own plays via Breathe Out Theatre. Johnston won the 2011 Kings Cross Award for New Writing for Einstein’s Daughter. Dark Satanic won Best Drama at the 2017 Manchester Fringe Festival.

Cathy Crabb: What you are up to?
Robert Johnston: I am about to test-tour Little Green Men, a two-hander about a chap who thinks he is an alien, performing it at the top of a hill in Derbyshire around midsummer’s night. And I am taking a surreal feminist play, Just Like a Woman, to Greater Manchester Fringe Festival and Buxton this summer. After we tested it last year, both shows became Arts Council-funded and then, in October, my adaptation of HG Wells’ The Invisible Man is on at Hyde Festival.

CC: Tell me about your background?
RJ: I was an engineer and then a further education teacher (maths and physics). I still do a bit of teaching. I started work in Ordsall in Salford at 16, just before Thatcher came to power. Great timing to be in engineering as she systematically started to destroy everything around me. Formative years indeed.

I was brought up in a small steelworks town half-way between Manchester and Warrington, which was badly hit when the steel industry was abandoned by Thatcher. My dad was an HGV driver and mechanic and mum worked in lots of jobs (dinner lady, mail-order warehouse, local businesses). Dad died when I was 14 so mum had a very strong influence on our lives from then, and before. It was a very matriarchal household, mum was old-school Salford. 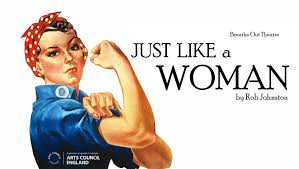 CC: What kind of things do you think are important for new working class writers to learn? What advice do you have?
RJ: Go to as much theatre as you can, and see many different forms of theatre, so you can understand that there are other ways of telling stories than social realism. Don’t be afraid of exploring big ideas instead of small ones. Be inventive about the stories you tell, be entertaining not didactic, but don’t be scared of making your characters wear their hearts on their sleeves. Plays should all be political at heart, even if you have to sneak the politics in.

CC: Do you think there is a specific trait in working class writing?
RJ: There has always been, in my view, a tendency for working class and socialist writing to be a bit ‘social realism’, so very ‘telly’, which is not my favourite kind of theatre and does not use the theatrical form to its best advantage. That still seems to be the case and may be reinforced by the fact that young writers probably learn their craft by seeing a lot of telly rather than seeing much theatre.

Working class plays do tend to focus on obvious ‘issues of the day’ rather than the bigger picture that takes in the class struggle more widely and so maybe more existentially. But that again ties into writers focusing on social realism and social justice.

CC: Which working class writers and working class work would you recommend?
RJ: Trevor Griffiths [now aged 83] from Ancoats was a big writer of TV Play for Today etc back in the 70s. He did a lot of socialist stage plays that are rarely done now (too left wing) but worth reading. He’s probably my favourite writer along with early Arthur Miller. Jerusalem by Jez Butterworth is one of the few recent popular plays that seems to care about the underclasses and depicts their lives well. I tend to see most stage work on the fringe these days, as most of the plays I see on mainstages don’t really speak to me. I think that good theatre has a socialist element to it, even if it does not seem on the surface to be about the class struggle.