Cake That! Great British Bake Off, Eat Your Heart Out

Drew Tosh August 13, 2015 Enterprise, Taste Comments Off on Cake That! Great British Bake Off, Eat Your Heart Out 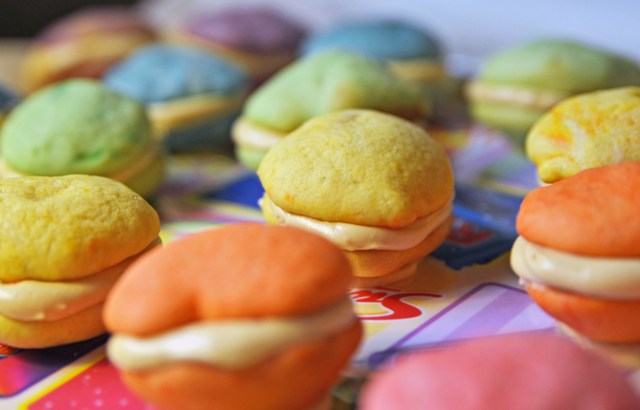 She may be older than your average TV personality but with her snappy dress sense and saucy twinkle in her eye she’s hypnotised the nation into becoming particular about pastry, delirious about dough and bonkers about baking.

Decades ago a true TV event was defined as watching (with breath bated) a man land on the moon for the first time. Now millions of us gather round the telly to see if Enid from the WI gets her choux buns to rise in time.

But British bake offs aren’t limited to BBC One. Manchester has its very own gathering of fondant fanciers, dedicated to the craft.

Village Bakers was born three years ago. The LGBT group was founded by Kevin Sargent who wanted to share his love of baking with other like-minded people, as well as create a new social experience where people could meet, mingle and stuff their faces with some top notch baked goods every second Sunday of the month.

Village Bakers are holding their third annual Great Village Bake Off pre-Pride event on Sunday August 23 at The Molly House. There is still time to enter. Not only will you be in with a chance of winning some great prizes, you’ll also have the thrill of seeing your sponge critiqued by a celebrity judge or two.

As he prepared for this year’s event, I chatted buns, baps and best bakes with Sargent.

Drew Tosh: Why start Village Bakers?
Kevin Sargent: Village Bakers (VB) was founded on watching A LOT of Great British Bake Off. It started because I saw a need in the LGBT community for a social group where people could get together, share cake, have a drink and meet a lot of new people – that’s our philosophy.

It started very small, with just me and a few friends drinking and cake sharing and it’s just grown and grown and as a result, so have all of our social networks. Personally, I’ve made loads of new friends through VB. Like any group, people come and go as they form new friendships and we’ve even had a few bake off romances.

We’ve achieved a lot in a short time including winning the LGF Best Community Group in Manchester award which was amazing because it was voted for by the public who rallied round to nominate us as a group who best served the community.

We are also back in this year’s Pride Parade marching with Totally Devoted To Baking as our theme and continuing to have a presence within the community. 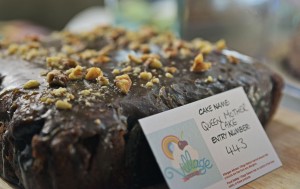 DT: Where do you see the group going next?
KS: World domination by cake maybe! It would also be great to see a VB charity cookbook on the shelves one day and making sure that VB continue to support the community in which we serve and have a social group where people can relax, chat to a few people and share.

DT: Why is there such a big deal about baking? Some 12 million viewers now tune into the TV Bake Off but surely it’s just cake baking?
KS: It’s not just cake baking. People take pride in it and it’s human nature that people want to share their food with other people.

If you look at society as a whole and all of those social events within history, religion and occasions, they all involve sharing food with each other. At Easter, Christmas and birthdays it’s all about bringing something to the table food-wise and sharing it with the people that you care about. That’s why VB works and why people are so passionate about baking because it’s about sharing it with your friends.

DT: What about the latest research saying it’s not fat that’s the big killer now, it’s sugar?
Sugar is an issue but the really important thing to remember with food is that it’s made up of lots of different ingredients. It’s not just sugar that’s the enemy and you need to have a balanced diet. Everything in moderation and no doctor in the world would say don’t have a treat now and then.

DT: Bake Off is back on TV and at past VB events you’ve had former alumni judging, haven’t you?
We have! John Waite, the 2012 winner, judged our first event and last time we had previous finalist Howard Middleton who caused a stir the year another contestant stole his custard. It’s been great to get people who’ve had the Bake Off experience to pass judgement and opinion, and also have fun. It’s not a serious event. 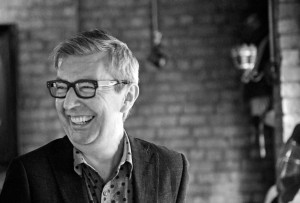 DT: So is there still time to enter?
Most definitely – just go to www.greatvillagebakeoff2015.eventbrite.co.uk

It’s free to enter or spectate, though if you are coming along to watch you still need to get a ticket. There are two categories you can enter – sweet or savoury – and there are bonus marks on offer for how camp and creative you are. As well as tasting great, the entries have to look good too.

DT: What else can people expect at this year’s event?
There’s loads happening. For starters we’ve got the amazing drag queen Misty Chance hosting who has promised to attend dressed as a giant cupcake to bring even more camp comedy to the event.

One of the stars of the Russell T. Davies dramas Cucumber and Banana Bethany Black will be judging our buns and Howard Middleton is back too after having so much fun last year.

It’s a fantastic event so bring along whatever you want to contribute. You could be crowned best in Bake Off and VB star baker. There are prizes and trophies for the winners and, most importantly of all, we’re supporting a great cause. Whatever we raise at the event through raffles, prizes and such goes straight back into Manchester Pride community fund which is used to help fund groups and charities within the North West. 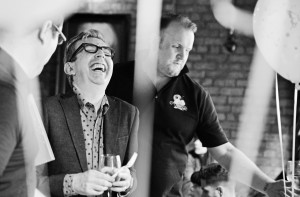 DT: What got you into baking?
I started baking with my Mum when I was little. Helping to decorate the Christmas cake is a great childhood memory and I think that evolves into such a fondness for baking as you get older. I find it relaxing and it enables me to switch off from the stress of work. I think it’s a great past-time for anyone to get involved with.

DT: So what’s your best tip for the novice baker?
Take your time, don’t panic, read the recipe and above all make sure you use really good ingredients – don’t compromise – if you use cheap ingredients your cake will taste cheap.

DT: Is that a dig at some of my past efforts?
A little bit…

So, to finish, a few quick fire questions – answer without thinking!

DT: Campest cake – éclair or doughnut?
Doughnut – it has a hole in the middle and it can be covered in lots of sparkling things. 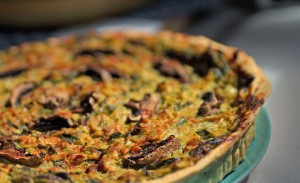 What: The Great Village Bake Off

Where: The Molly House, Manchester